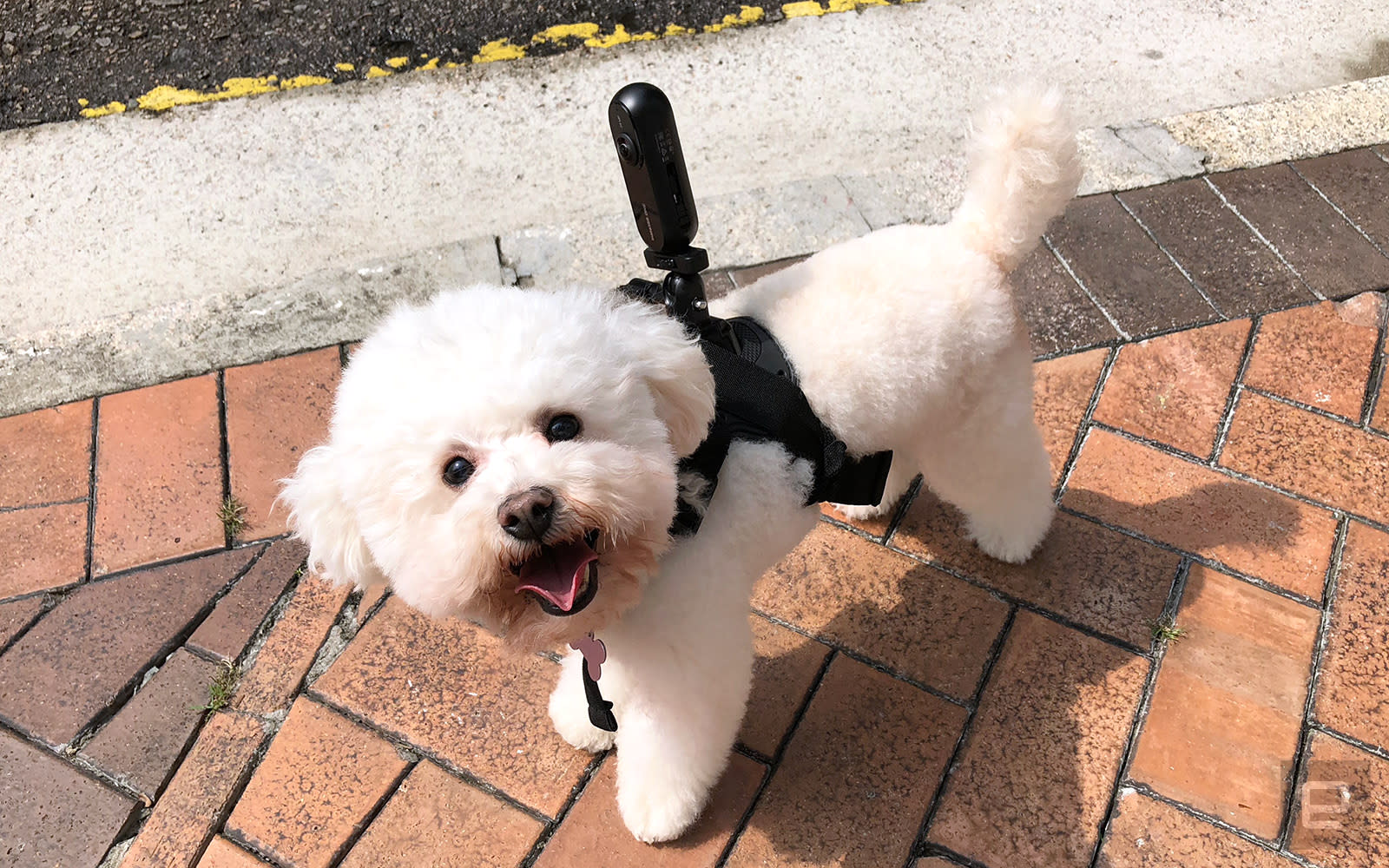 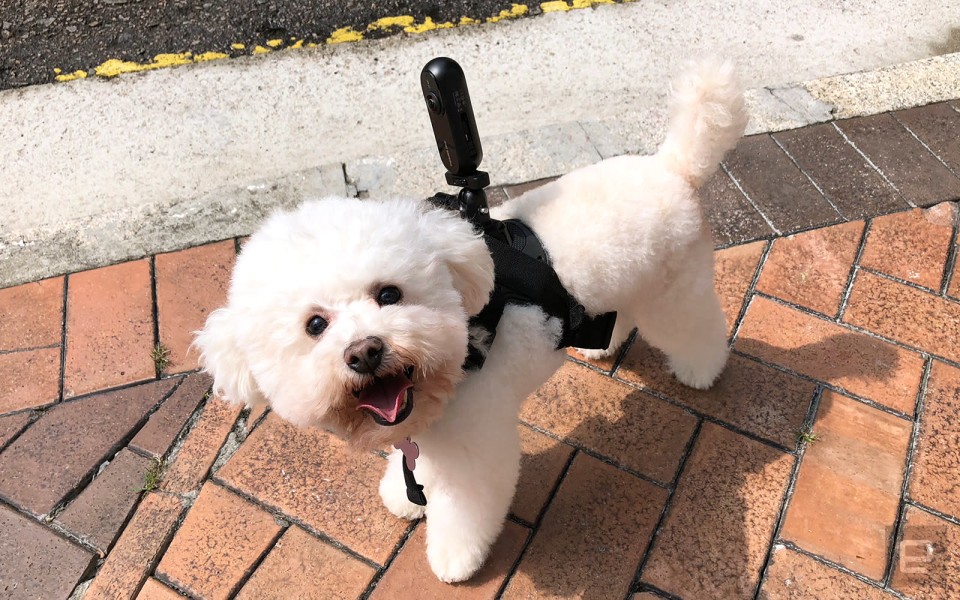 The Insta360 One made quite an impression when it launched about half a year ago, but even with its 4K 360 capture and bullet-time trick, there was always room for improvement. Today, this camera is receiving a major update that adds a much improved "FlowState" video stabilization, along with two new tools that should make fix-frame video editing more intuitive. The company went as far as calling this "pro-level" package a "gimbal killer," and indeed, the official video does show some impressive sample clips, but it wasn't until I tried it myself -- thanks to the help of my dog -- that I was convinced.

The One's new stabilization trick relies on both a new firmware plus a new version of the iOS app (available later this week), though the company stopped short at sharing the technical details -- not even a single hint. I was given a near-final version of both pieces of software right ahead of the launch, so with my device updated, I mounted it onto a harness on my dog and then let him roam free.

Afterwards, I plugged the One into my iPhone, exported the same clip from both the old app and the new app, and then combined the clips in Adobe Premiere Pro to create a side-by-side comparison video. As you can see, the new stabilization is surprisingly effective, even when my dog was running at full speed -- the trees and buildings don't bounce around like jelly. The same goes for the 360 version of the video processed by the new app.

In addition, the mobile app has a couple of new FreeCapture tools for turning 360 clips into fix-frame videos: "Pivot Points" lets you set center points at specific frames, which then generate a smooth camera panning movement; and "SmartTrack" lets you pick a key object for the app to track automatically. Both features, along with the old handheld mode (now dubbed "ViewFinder"), can be used interchangeably in a single clip; and you can toggle them at any time by simply pressing down at your desired spot in the video. In fact, for my comparison video earlier, I used the old app's manual ViewFinder mode to recreate the pivot point path in my other clip. If you're a fan of hyperlapse, you can also apply this effect -- from 2x all the way up to 64x -- using the "Edit" tool when exporting fix-frame clips.

What remains to be seen is how well the new stabilization works in dimmer environments. At the time of writing, the software I tested was not yet optimized for stabilizing indoor footage, but the company promised that this will be ready when the updated app becomes available in the App Store. Until then, feel free to check out Insta360's own comparison video of the One versus a smartphone on a gimbal below.

In this article: 360camera, camera, cameras, dog, flowstate, gear, hands-on, insta360, insta360one, stabilization, update, video, vrcamera
All products recommended by Engadget are selected by our editorial team, independent of our parent company. Some of our stories include affiliate links. If you buy something through one of these links, we may earn an affiliate commission.