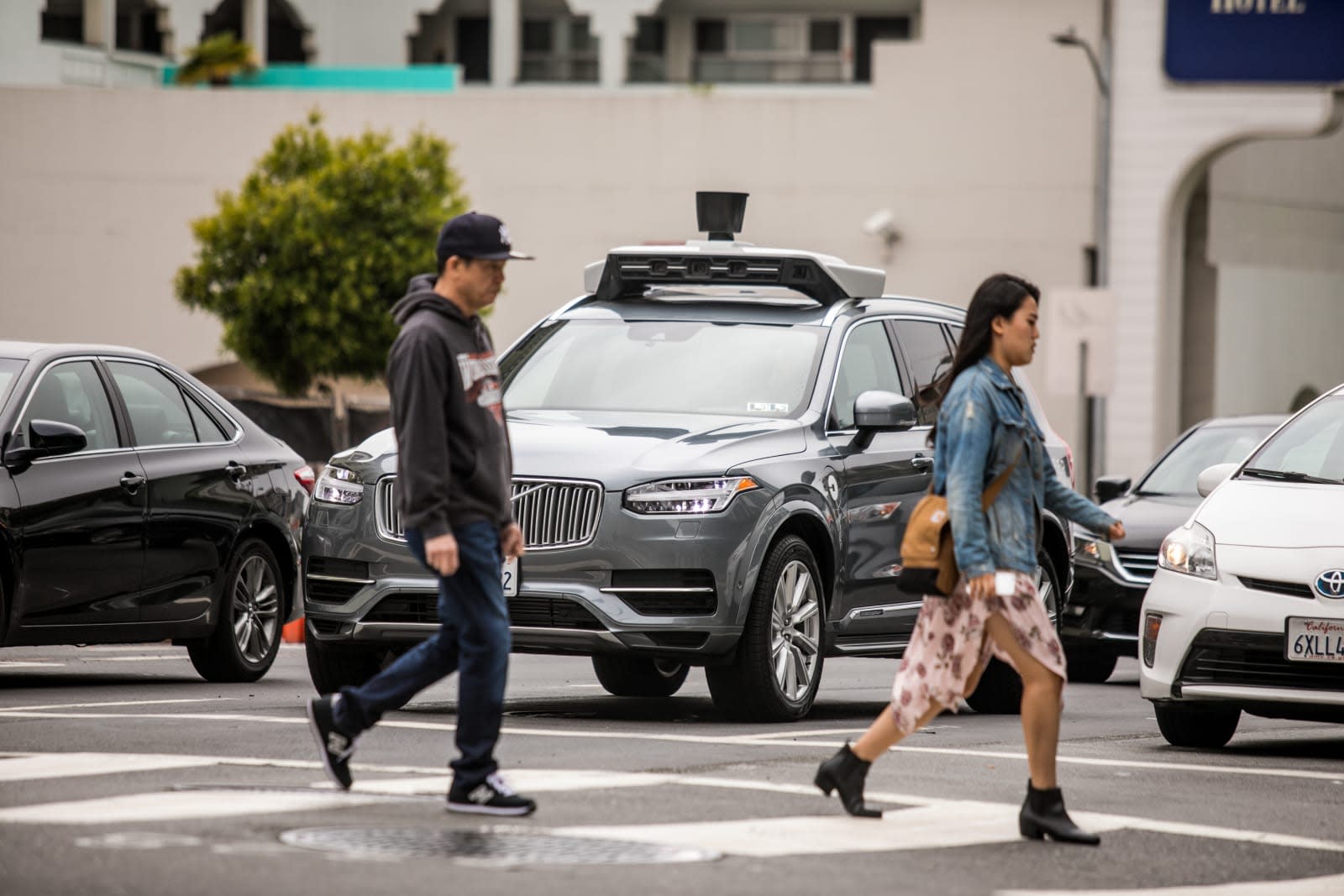 The Tempe Police department has released video (warning: this video may be disturbing to some) taken by the interior and exterior cameras of the Uber SUV that struck and killed a woman, Elaine Herzberg, on Sunday night. The video shows the immediate moments before the crash, and the police said that the Vehicular Crimes Unit is actively investigating.

Based on the video, it appears that the victim had already walked across one lane on that side of the street with her bike, but was in the shadows until the car reached her. Inside, the human safety driver looks down toward her lap, and looks up just before the crash, appearing to be surprised. It's difficult to tell in the grainy black and white view exactly how much any driver would be able to see and when. Still, it seems like a self-driving car's LIDAR sensors should have been able to pick up the presence and motion of a pedestrian even if she went into the street away from a crosswalk.

There's no accompanying data to show exactly when the brakes were applied or what informed the reaction of the car's systems either. Since the crash, Uber has suspended testing of its self-driving cars, and so has Toyota. Since the crash there has been a statement by the police chief that video shows the collision "would have been difficult to avoid." An Uber spokesperson said "The video is disturbing and heartbreaking to watch, and our thoughts continue to be with Elaine's loved ones. Our cars remain grounded, and we're assisting local, state and federal authorities in any way we can."

Speaking to experts in the field, they told Engadget that their question is why the vehicle did not appear to slow before impact or due to the situation. It's hard to tell definitively without data and due to the video's framerate, but Edmond Awad of the MIT media lab said "given that the range/reach of the sensor/sight is limited under these conditions, shouldn't the car be adjusting its speed to a level that it can react in time?" For the kind of transparency we'd like to see from Uber (and others if in the same situation) it's important to find out what the sensors did or did not see prior to the crash.

Tempe Police Vehicular Crimes Unit is actively investigating
the details of this incident that occurred on March 18th. We will provide updated information regarding the investigation once it is available. pic.twitter.com/2dVP72TziQ

In this article: autonomous, crash, gear, self-drivingcar, transportation, uber, video
All products recommended by Engadget are selected by our editorial team, independent of our parent company. Some of our stories include affiliate links. If you buy something through one of these links, we may earn an affiliate commission.