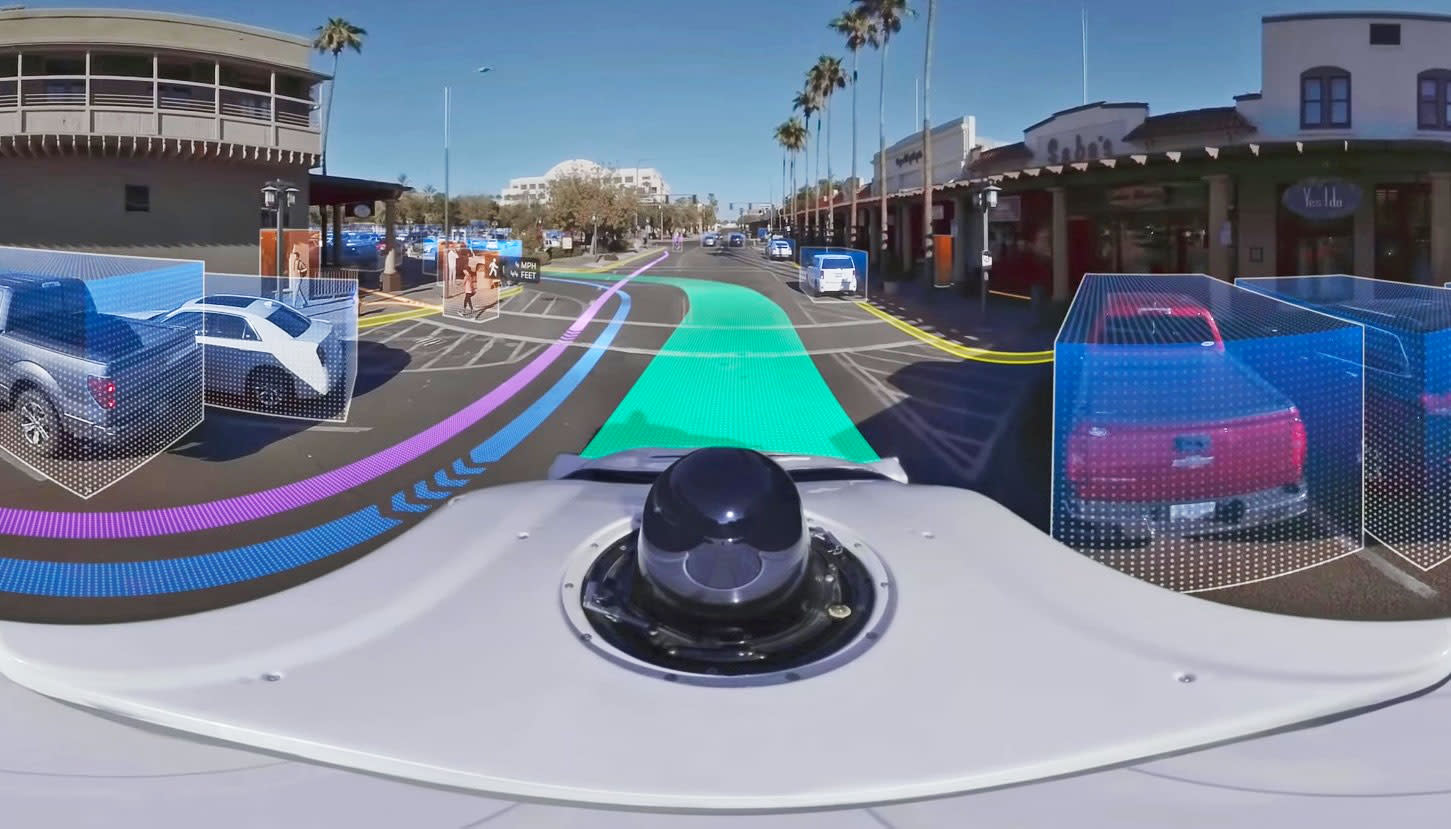 One of the big steps necessary to roll out self-driving cars is getting the public to trust them, and Waymo's latest attempt to achieve that is with a new 360-degree experience. Viewable on a computer, your phone or a VR headset, it feeds a simulation of mixed video and sensor data (LiDAR, radar and cameras) from one of the company's Pacifica Hybrid minivans to give you a feeling of what it "sees" while driving along.

For many people, this is the first time they'll be able to experience a ride in a self-driving car, and perhaps begin to trust that it's at least as attentive as human drivers. The Alphabet (and formerly Google) company has big plans to launch a taxi service this year with thousands of these vans, and 360-degree video provides a preview of what it will be like.

After taking five years to accumulate one million miles driven, Waymo says its cars have racked up a million in the last three months (to with 2.7 billion virtual miles last year). That brings their total real-world mileage to five million across 25 test cities, adding as much mileage every day as the average person does in a year. Expect more "public education and awareness" advertising to follow, but for now, just take a peek around as Waymo does the driving.