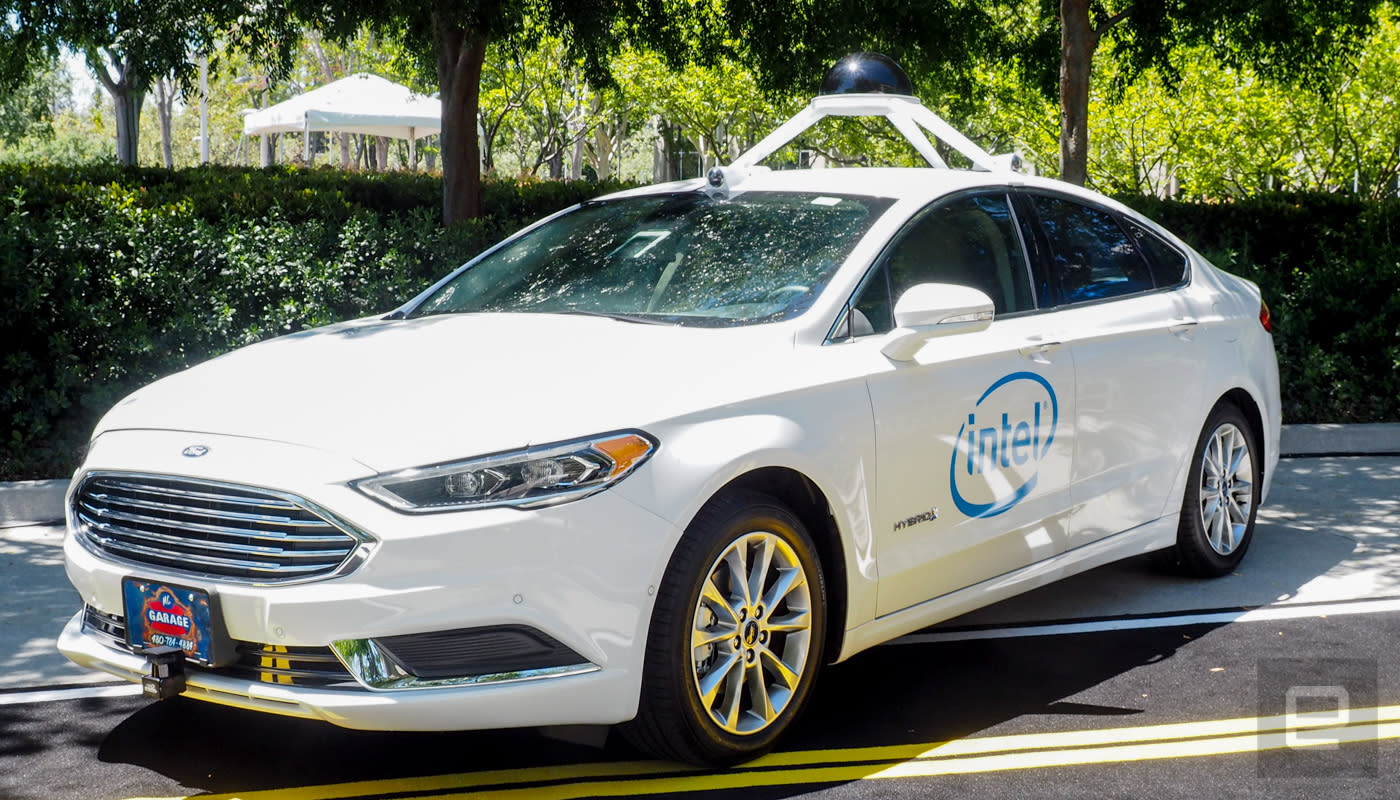 It's natural to fear what you don't understand. For example, according to a AAA study, 78 percent of drivers are afraid to ride in a self-driving car. That's completely understandable. It's tough to give up control of a few tons of metal flying down the road at 70 miles per hour and feel safe. Intel decided to investigate this fear, and ultimately see if it can solve our autonomous-anxiety problem.

The company recently conducted a study to see if people who have never ridden in an autonomous car change their mind after experiencing it first-hand. The test was simple: Anxious passengers went for a quick spin in the backseat of the automobile around a closed track with nothing but a robot car for company. Pretty much what you would expect.

There is one fairly big issue with the study: It involved only 10 people. Jack Weast, the chief systems architect of Intel's Autonomous Driving Group, said this was just a very small start. "We are incredibly excited to expand it," he said.

To make the study more authentic to our self-driving future, the Intel Autonomous Driving Group created a ride-hailing app similar to Uber; the first autonomous cars on the road will most likely be part of a taxi service, after all. The participants were interviewed before, during and after the trip about how they felt about self-driving vehicles. After a ride in the backseat, the participants all said they were happy to allow robots to roll them around town.

Some of the other feedback Intel got from the test is pretty eye-opening, though. For example, the passengers felt like they didn't need to be shown everything the car was doing, as it was too distracting. Also, having the steering wheel, moving by itself, in the car actually added to the anxiety, and the riders said it would be better if it were removed altogether.

The company also learned that voice communication was extremely important, both as a way to control the car and to get feedback from the vehicle. Weast said this highlights the importance of natural language technology in future automobiles.

The researchers also learned that there's a huge flaw in the autonomous ride-hailing future. What happens when the car needs to pick up a child, senior citizen or someone with a disability who needs help getting in and out the vehicle? That's something that needs to be dealt with now before it becomes an issue.

While the study was incredibly small, it can help Intel and its partners figure out how to properly introduce autonomous cars. It'll be interesting to see the data from a larger sample size of people who haven't been in a self-driving car. With Uber, Ford, Lyft and others eventually jumping into the autonomous-ride-hailing space, expect to see more of these experiments. It doesn't matter if the tech is sound if the average person is afraid to get into the vehicle.

Everyone needs to understand the benefits, and that means reducing anxiety. Education is important, especially because part of the plan to reduce congestion in urban areas includes autonomous vehicles. The public and the people it elects will determine what happens on our roads in the future. While the tech world is happy to embrace autonomous vehicles, it's up to the general public to actually ride in the things.

In this article: AutonomousVehicles, experiment, gadgetry, gadgets, gear, Intel, ridehailing, robots, SelfDrivingCar, services, study, tomorrow, transportation
All products recommended by Engadget are selected by our editorial team, independent of our parent company. Some of our stories include affiliate links. If you buy something through one of these links, we may earn an affiliate commission.