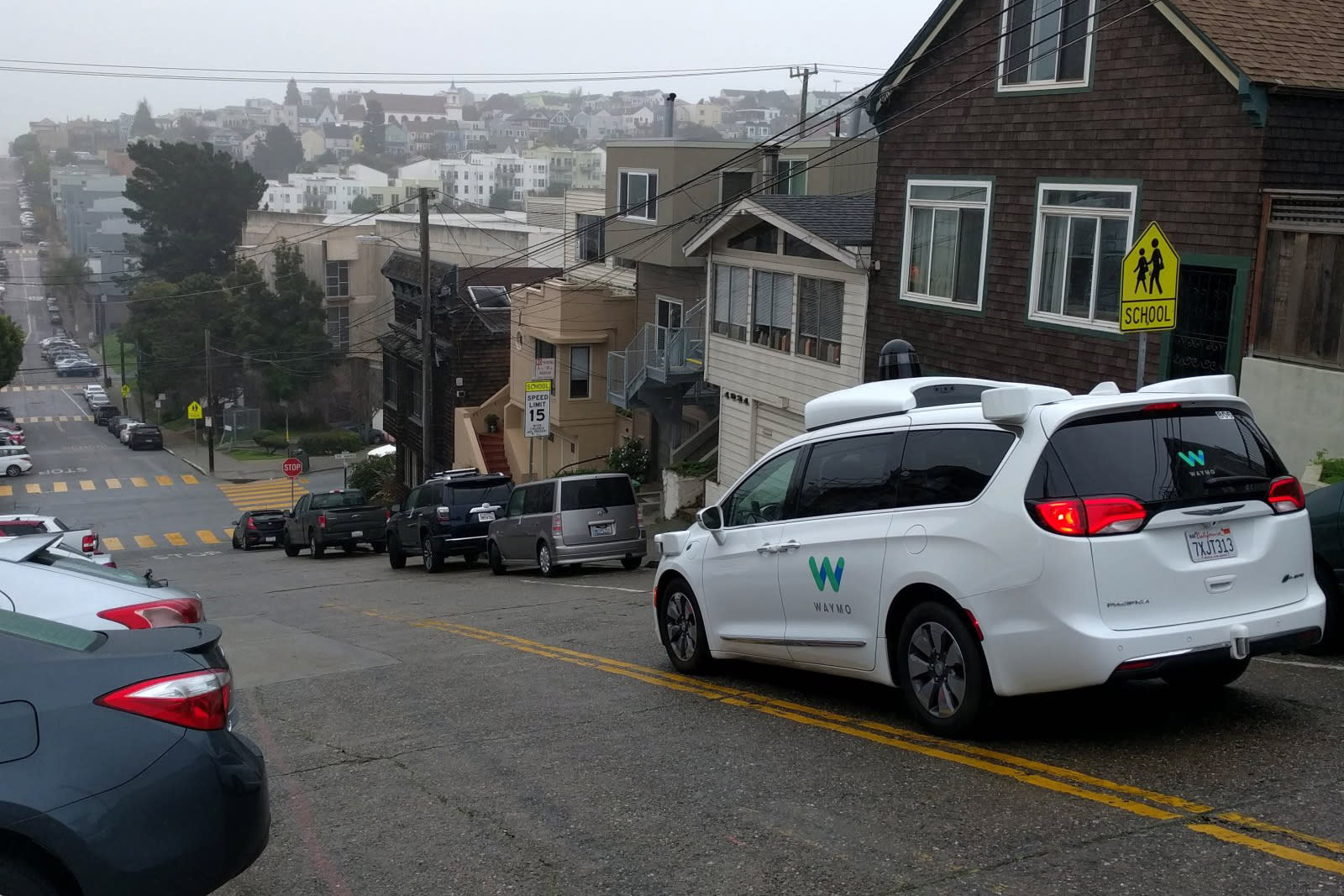 Waymo's self-driving minivans are now ready for the road. The company has confirmed to TechCrunch that it's testing its autonomous Chrysler Pacifica vehicles on San Francisco streets, where the "hilly and foggy" environment should give them "even more practice." Suffice it to say the densely packed city could provide a greater challenge than Chandler, Arizona, whose spacious suburban landscape is well-suited to driverless car experiments.

The testing is a callback of sorts for Waymo -- the formerly Google-owned company notes that it conducted some of its first tests in San Francisco back in 2009. Circumstances have changed a lot in the past 9 years, of course. Where self-driving cars had barely gotten started the first time around, they're now advanced enough that driverless taxi services loom on the horizon. It's still likely to be a long while before a robotic ride takes you from SoMA to North Beach, but there's a good chance you won't have to wait another 9 years for that to happen.

In this article: autonomous, chrysler, fiatchrysler, gear, google, minivan, pacifica, self-driving, self-drivingcar, transportation, waymo
All products recommended by Engadget are selected by our editorial team, independent of our parent company. Some of our stories include affiliate links. If you buy something through one of these links, we may earn an affiliate commission.