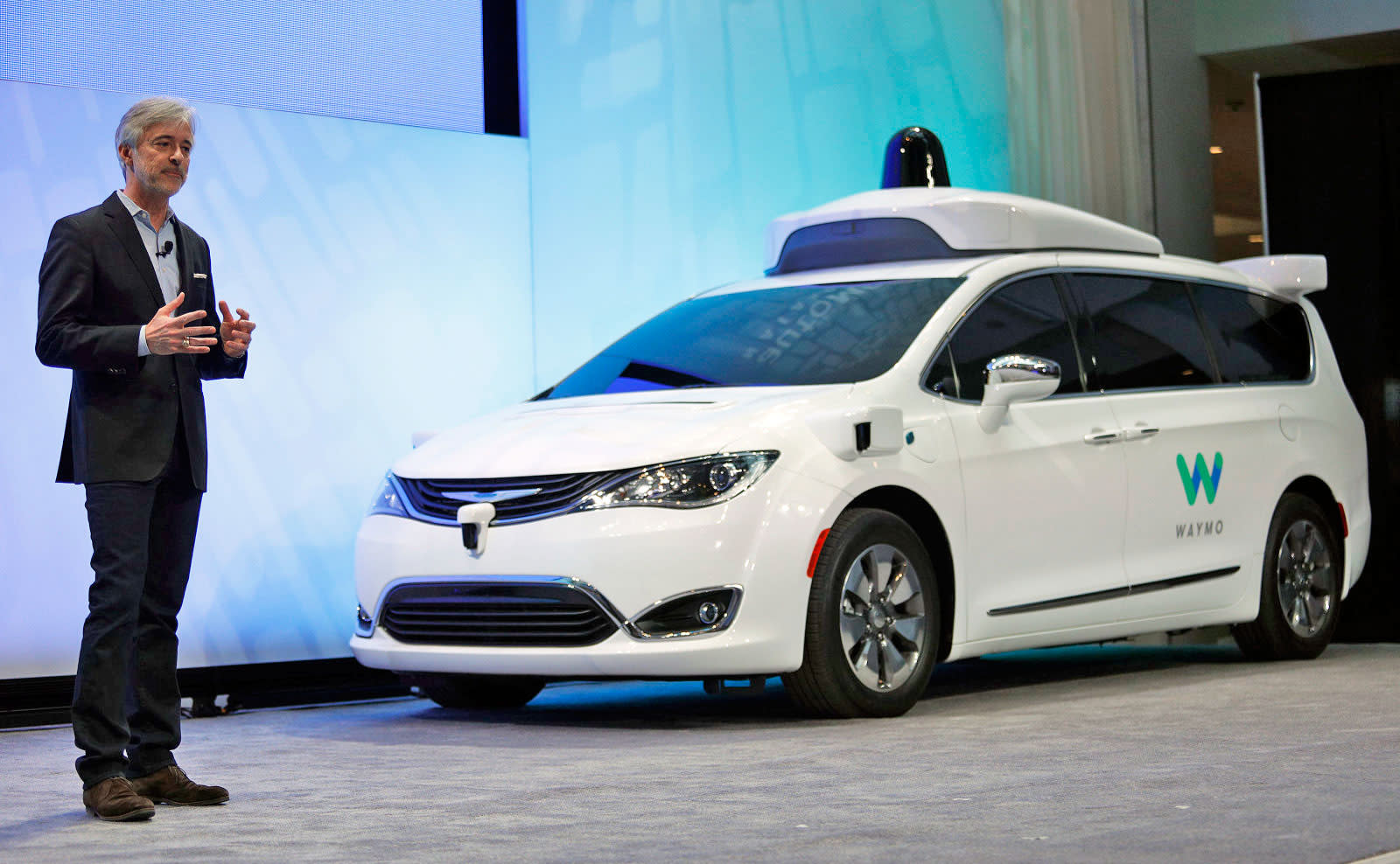 Waymo is working on an autonomous taxi fleet, modeled after the pilot program it currently offers outside of Phoenix. The big difference here is that once fully launched, Waymo's service won't have a driver behind the wheel. Additionally, the company will up its fleet of self-driving Chrysler Pacifica minivans from 100 to 500. As you'd imagine, the entire ride-hailing process will be handled via a mobile app. While the initial service area will be limited to the Phoenix metro area, in a post on Medium, the company says eventually it will "cover a region that's larger than the size of Greater London." Waymo says that the public will be able to start taking autonomous rides "over the next few months" in the agricultural suburb, Chandler, Arizona.

Ars Technica writes that at first the taxis will have a Waymo employee in them so they can hit the "pull over" button in the event of an emergency.

This puts Waymo ahead of competitor Uber, which is still refining its autonomous approach for commercial trucks, Otto. Uber's consumer-facing autonomous ride service had a small number of self-driving cars in Pennsylvania, but safety concerns (among other, more political reasons) have slowed progress. That's not to mention the IP-theft lawsuit that's been brewing between Waymo and Uber, either.

In this article: arizona, autonomous, autonomousvehicles, google, phoenix, selfdrivingcars, taxi, tomorrow, transportation, waymo
All products recommended by Engadget are selected by our editorial team, independent of our parent company. Some of our stories include affiliate links. If you buy something through one of these links, we may earn an affiliate commission.