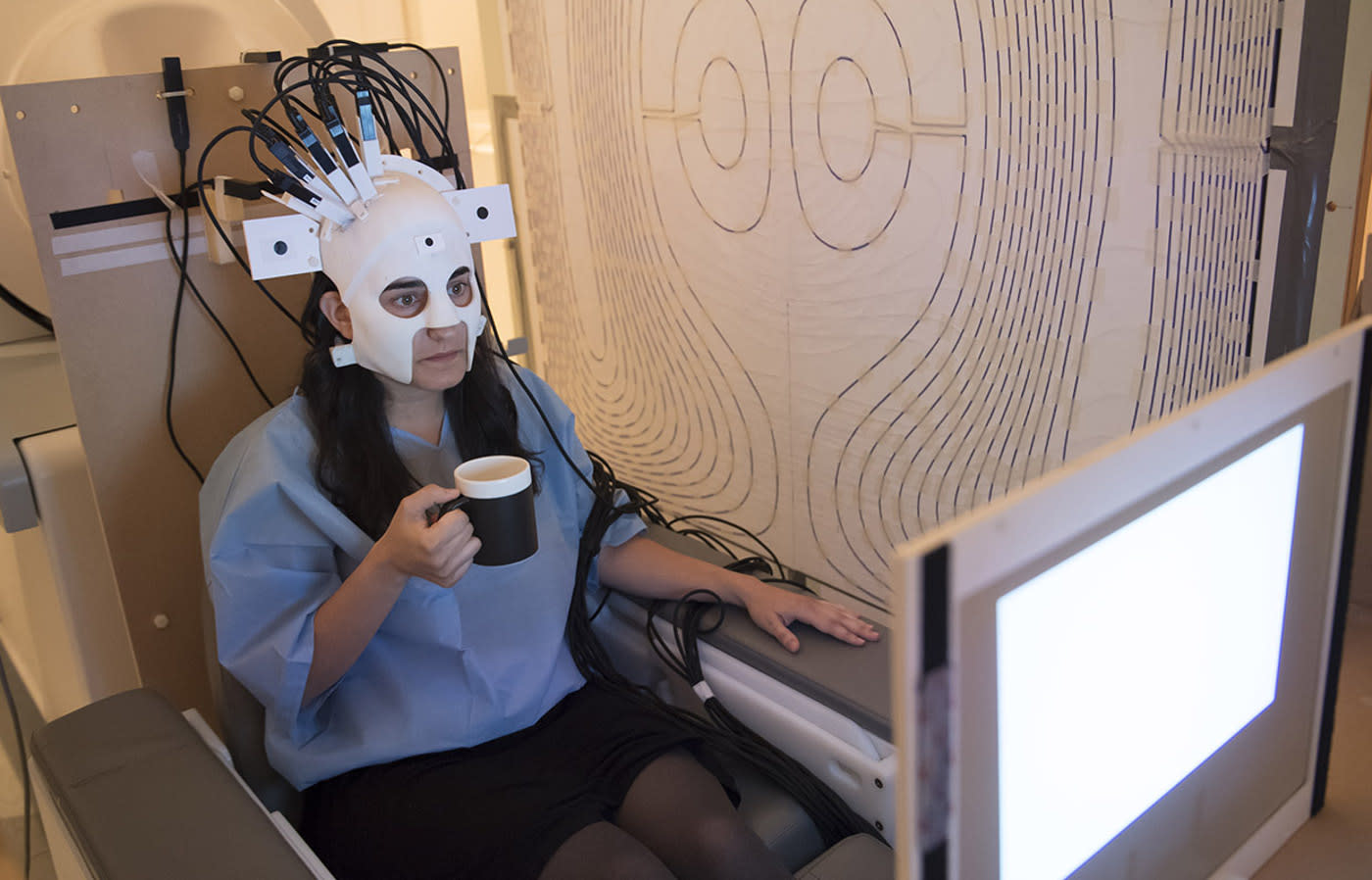 See that helmet in the photo up there? That's not a prop for a new sci-fi/horror flick -- it's a magnetoencephalography (MEG) helmet that can scan the brain and map its activity. MEG machines are used to look for pathological activity in patients with epilepsy and for brain tumor patients' surgical planning. The machines are typically, humongous, heavy and can't do their job if subjects don't stay perfectly still, which means it's hard to scan kids with epilepsy or people with Parkinson's and other movement disorders. This helmet designed by scientists from the University of Nottingham and University College London will work even if the patient is moving.

The team's design involves mounting "quantum" sensors on a 3D-printed helmet created to fit each specific patient's head and face. Those sensors are lightweight and can work in room temperature unlike typical MEG sensors that require a bulky cooling system, since they need to be kept very, very cold. The quantum sensors will only work if the Earth's magnetic field is reduced by a factor of around 50,000, though, so the team also designed special electromagnetic coils to sit on either side of the subject.

Because the patient will need to be in between the coils, they still can't move their head outside an invisible box 8 to 16 inches per side. The helmet can scan brains even if the patients are sipping tea or bouncing a ball on a ping-pong paddle, based on the tests the researchers conducted and detailed on Nature. They just can't play a match or get up and walk around just yet.

The team is working to create a version that allows people to move freely. They plan to make that happen by integrating the coils into the walls of the room, making it even easier to scan people with movement issues. They're also designing new types of helmet, including one that looks like a bicycle helmet that fits most people, which are four times more sensitive than the current prototype.

In this article: brainscan, brainscanner, gear, medicine, meg, universityofnottingham
All products recommended by Engadget are selected by our editorial team, independent of our parent company. Some of our stories include affiliate links. If you buy something through one of these links, we may earn an affiliate commission.