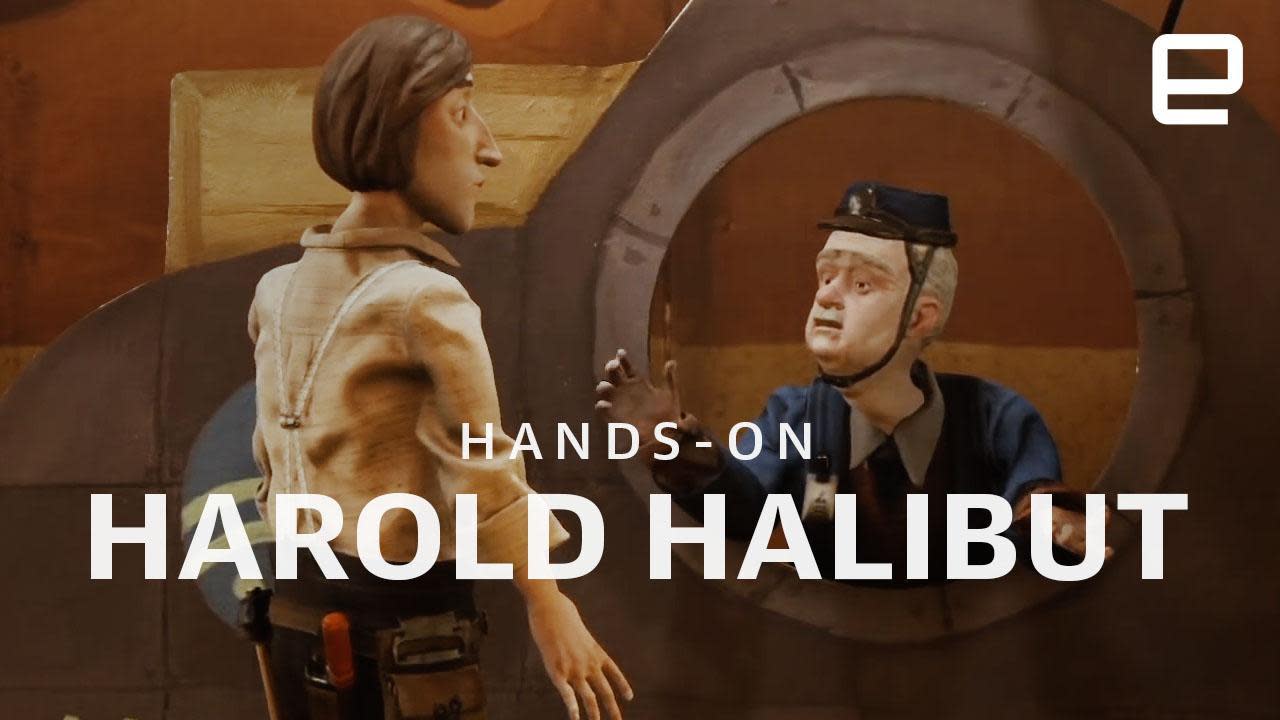 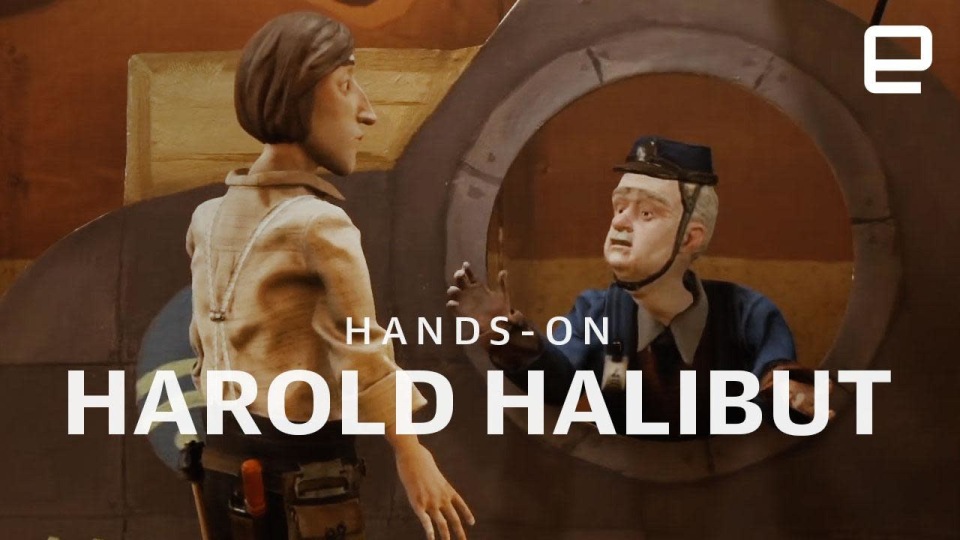 I've never been one much for slow-paced puzzle-solving games. If it doesn't involve hacking, slashing, blasting or breaking my way through obstacles, then I'm generally not interested. But there's just something about Harold.

At GDC 2018's Day of the Dev exhibit, I had the chance to play an early pre-alpha build of Harold Halibut: A Handcrafted Game by Slow Bros. It follows the quirky adventures of a janitor aboard a scientific spaceship that has crash-landed on an alien world, covered in oceans. Not only must he help the crew devise a means of escape but also must unravel the mysteries of the planet's deep seas.

The artwork for this game is like nothing I've played before. The characters and sets were first physically constructed from clay, cloth, wood and other materials, then digitally scanned. The result: a uniquely realistic world that looks as though it is driven by stop-motion marionette strings rather than the Unity engine. It's all very Wes Anderson-esque.

The gameplay mechanics themselves are fairly straightforward. In the demo that I played, it generally consisted of moving through the various rooms of the spaceship, speaking to other characters and running errands. But for as simplistic and methodically-paced as it was, I found myself increasingly drawn into the story, wanting to know what mishaps would befall Harold next (whether he caused them himself or not).

There's no word yet on when the game will be available, what it will retail for or even what platforms it will be made available one.

In this article: art, gaming, gdc2018, hands-on, HaroldHalibut, SlowBros, stopmotion
All products recommended by Engadget are selected by our editorial team, independent of our parent company. Some of our stories include affiliate links. If you buy something through one of these links, we may earn an affiliate commission.