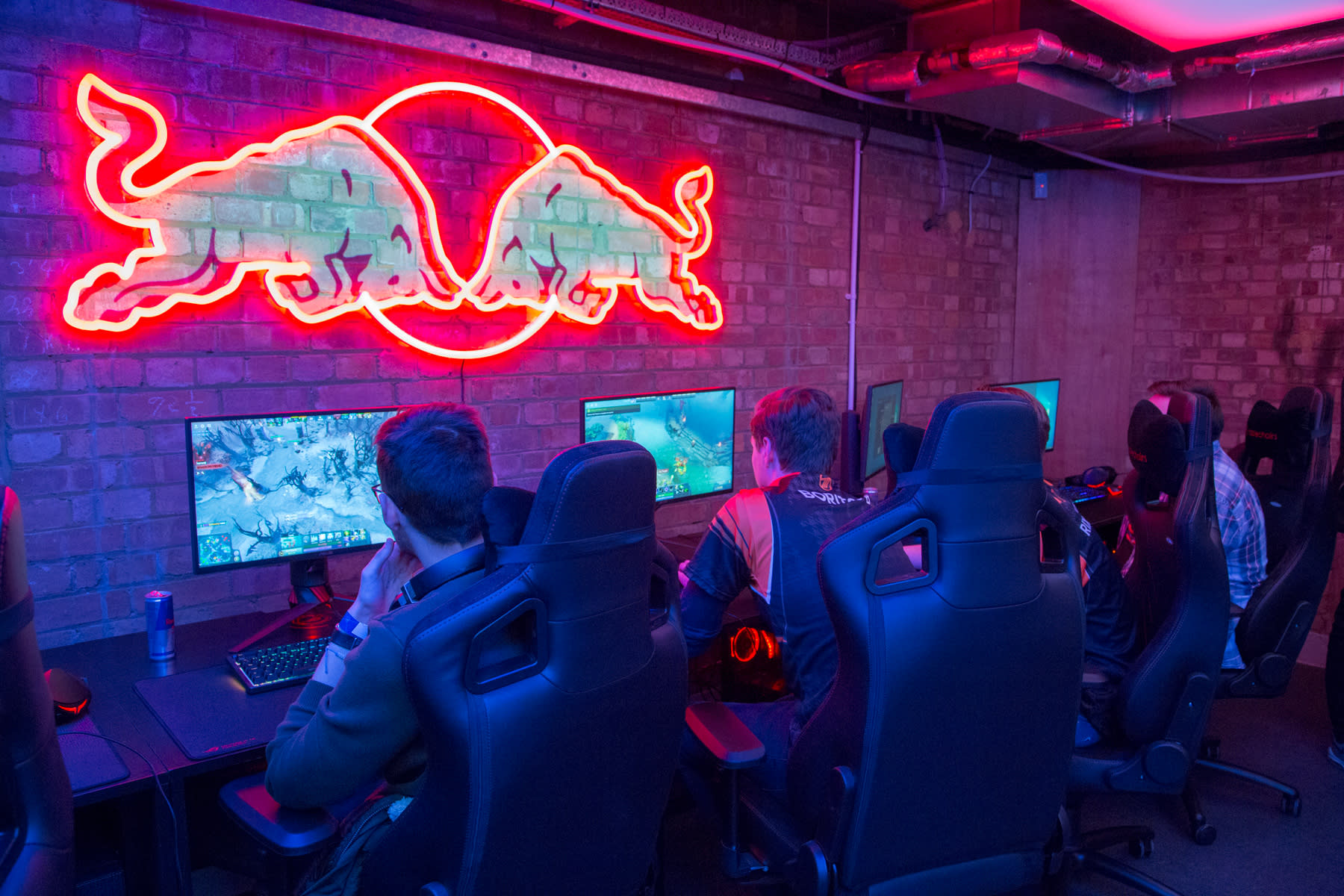 But who is it for?

London's Red Bull Gaming Sphere has everything you would expect from an eSports venue: neon-strewn PCs, large TVs, chunky headsets and the latest Nintendo, Sony and Microsoft consoles. But this isn't a stadium designed to compete with the Gfinity Arena or ESL's Studio 1 in Leicester. There are no seats, for instance, beyond a few cube-shaped blocks scattered in front of a 190-inch wall-mounted TV. It's something else, a strange hybrid of eSports arcade and Twitch-friendly streaming studio. The hardware inside is undoubtedly impressive, but on opening night, few are sure what it's actually for.

The Sphere is based less than 200 yards from Shoreditch train station and the Fnatic concept store that was run temporarily on Redchurch Street. Descend the stairs and you'll find a swanky bunker with a bar and various gaming stations that can be reconfigured depending on the event. There's a mixture of sofas and gaming chairs, catering to both serious and and casual play, as well as VR headsets and a couple of racing rigs complete with wheels, pedals, and wraparound displays. The centerpiece, though, is a pair of clearly defined "red" and "blue" areas for team-based games such as Overwatch and Rocket League.

It feels more like a gaming hangout than a stage where the next Dota champion could be crowned. Which would seem like a problem given how the eSports industry currently operates. Typically, players will practice at home until they reach an in-game ranking that grabs the attention of a professional team. They'll then be whisked away to a team house, or kept on the roster for a squad that plays at the highest level. Those two extremes -- playing at home, or professionally on a large stage -- have negated the need for smaller venues.

Still, it's a concept that retailer Game has already experimented with through its "Belong" in-store arenas. These spaces make sense, though, as a way to bring players and potentially business through its doors. Red Bull sponsors multiple players and teams, but it's not clear whether they'll be using the Sphere for practice or competition. "I think Red Bull thought, 'Well what's the best way for us to give back to that community,'" said James Dean, UK managing director for eSports company ESL. "And this is like a big present, really." We would have asked Red Bull, but the company declined to comment during the event. 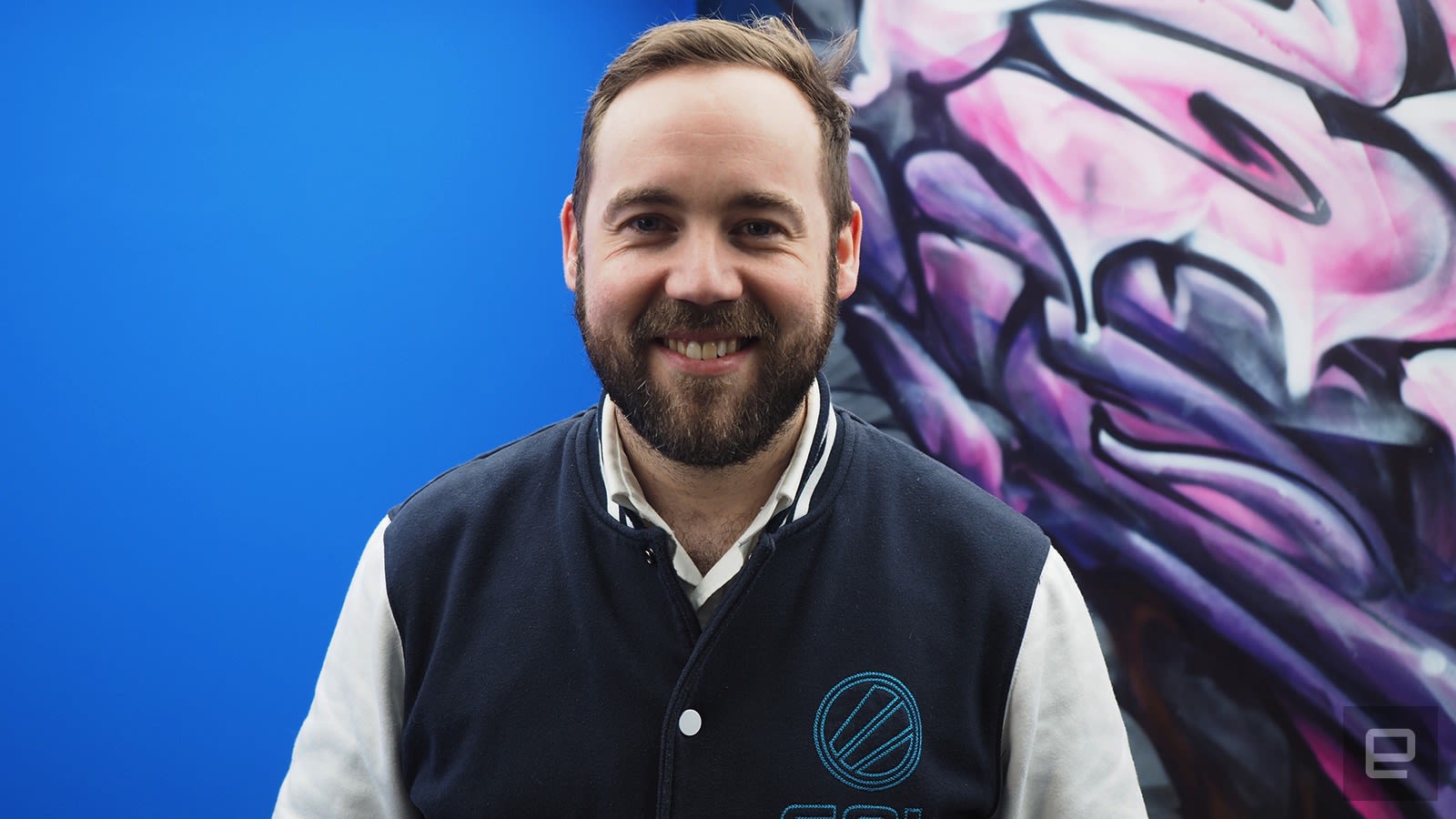 Riot Games, the developer behind eSports phenomenon League of Legends, has some ideas for how to make use of the space. The company is currently reworking its tournament structure in the UK and held a "workshop" with eight professional teams at the Sphere yesterday. The squads were able to provide feedback on previous tournaments, or "splits," and ask questions about the new Forge of Champions competition launching this summer. "Maybe we'll always use the Red Bull Gaming Sphere as a kick-off event for each quarter," Mo Fadl, head of UK eSports for Riot Games, hinted.

He thinks the venue could be used for community-centric events such as player meet-and-greets and interactive "ask me anything" streams. "Suddenly we have a space here where we invite maybe the biggest streamer in Europe, the biggest teams in Europe, pro players coming down, and then normal community guys have a chance to meet them," he said. To build a better relationship with the fans, it could hold smaller exhibition games between a professional team and rookie squads. As Forge of Champions grows, it could also host early matchups in large, anyone-can-enter tournament brackets.

"For that, we need locations," Fadl said. "This is a perfect location where we can say, 'Guys, three times this week we'll have tournaments happening in the Red Bull Gaming Sphere in London. Come here and play.'"

Red Bull has some events of its own lined up. The Sphere won't be open 24/7 like a gaming bar, but there will be a "Friday Night Brawl" every week from 5 to 10 PM. The game will change with each brawl, and the winner, at least on March 23rd, will walk away with a £100 (roughly $140) cash prize. Attendance will be limited to 32 players, however, who have pre-registered online. The beverage brand will also be hosting casual "practice quarters" every other Thursday, starting with some Street Fighter V sessions in April and workshops with Dota 2 analyst Purge.

It's an experimental, scattershot lineup. But Dean says that's a good thing -- he sees the space as a "blank canvas" that can be shaped by the fans over time. "[Red Bull] has obviously spent a decent amount of resources and money making this amazing facility," he said. "It's got the computers, it's got the consoles, it's got the streaming facilities, it's got the internet, and it's in a cool location. Now it's up to the community to decide how it engages with this space."

"It's up to the community to decide how it engages with this space."

It's an expensive gamble, but one that Red Bull has taken before. Last month, the company set up a Gaming Sphere in Tokyo that can host up to 150 people. Both are a footnote in a ridiculous marketing budget that includes soccer and Formula One teams, recording artists, and a skydive from the earth's stratosphere. Even if the venues are an abject failure, they probably won't hurt Red Bull's bottom line. That's why the Spheres have been able to open with such a vague business model. eSports is a booming industry, and the company seems confident that, with enough time, they will figure out a way to provide value to the community.

All products recommended by Engadget are selected by our editorial team, independent of our parent company. Some of our stories include affiliate links. If you buy something through one of these links, we may earn an affiliate commission. All prices are correct at the time of publishing.
View All Comments
Red Bull built an underground eSports bar in London