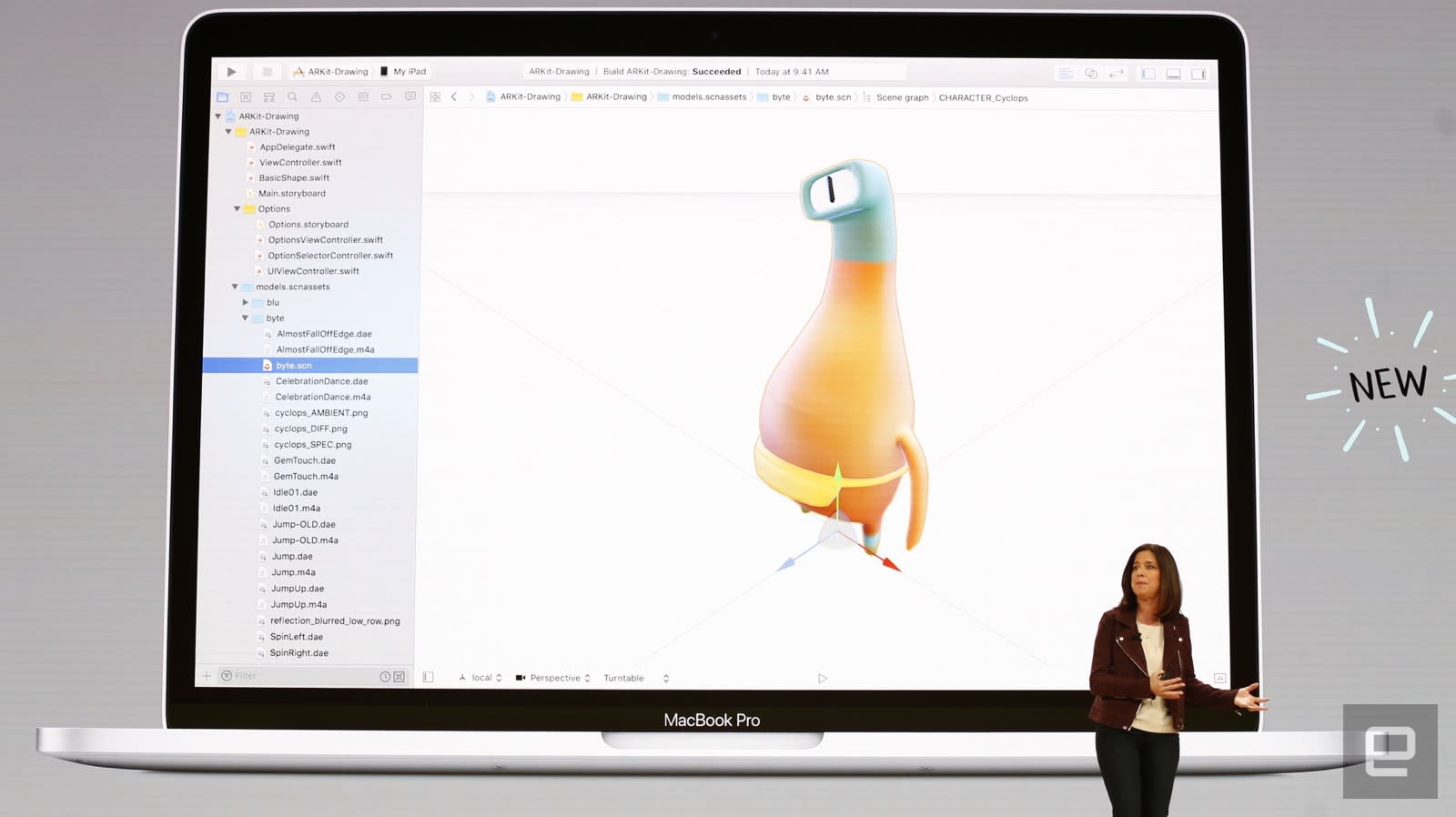 At Apple's educational event in Chicago today, the company announced that Swift Playgrounds -- Apple's coding app for kids -- is getting an AR module. Though not much has been said about it, it looks like an extension of an Augmented Reality challenge that Apple implemented last year using ARKit (which basically overlaid the Swift Playground world onto the real one). Seeing as Apple is pushing augmented reality to be part of the overall educational experience, it's not surprising to see AR being integrated on the coding level as well. That way, you won't get just AR apps, but also the next generation of coders creating AR apps as well. No word on when the AR module will be in the app, but we expect it to be soon.

In this article: apple, applefieldtrip, gear, personal computing, personalcomputing, swiftplaygrounds
All products recommended by Engadget are selected by our editorial team, independent of our parent company. Some of our stories include affiliate links. If you buy something through one of these links, we may earn an affiliate commission.