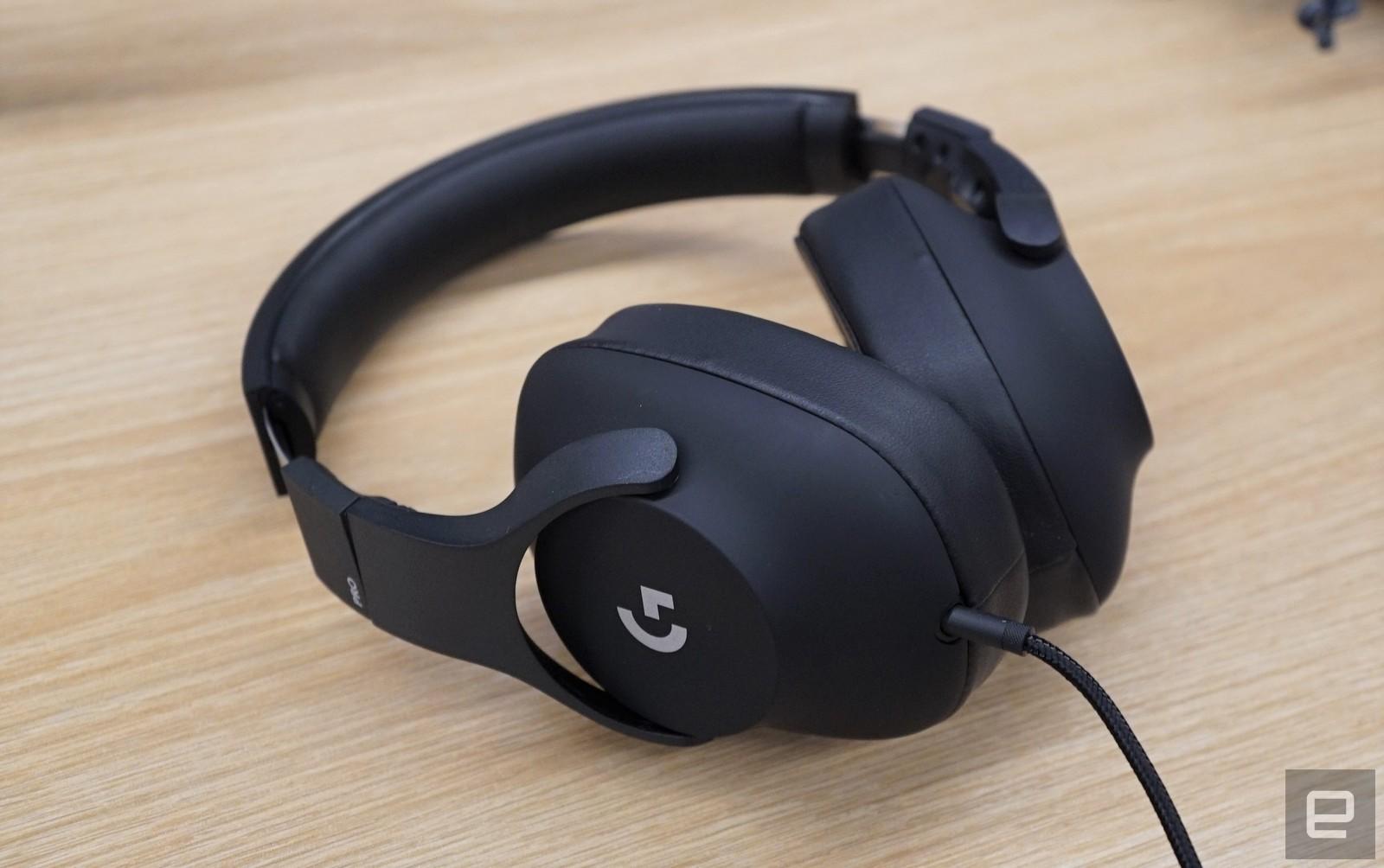 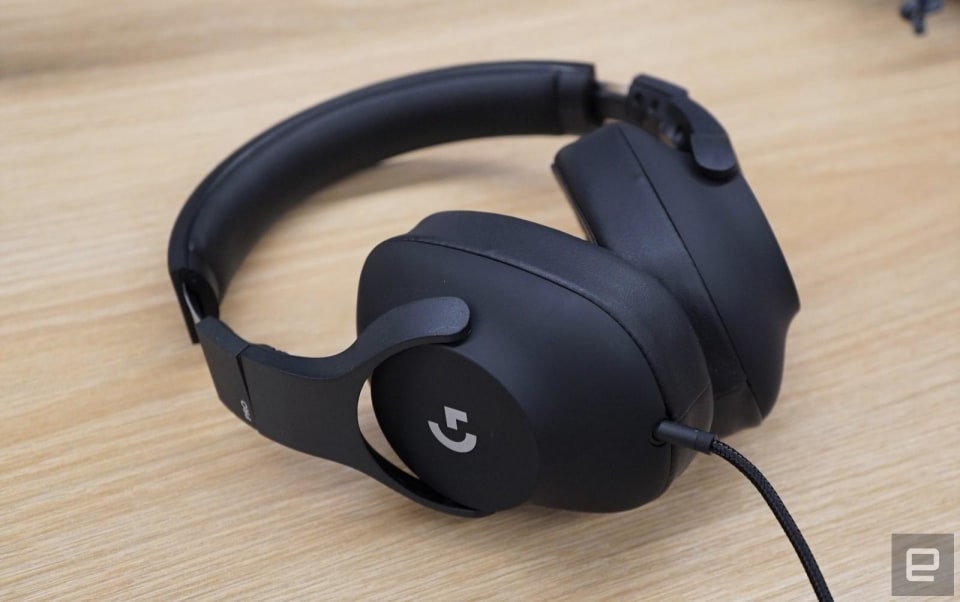 With the new G Pro headset, Logitech set out to make something that gamers could wear for hours on end, without getting fatigued. It's a fairly straightforward pair of headphones: It only offers stereo sound (no fancy surround option), and it relies on an analog audio connections. Instead of the sports mesh headphone material found on Logitech's other gaming headsets, though, the $90 G Pro sports soft leatherette. The company claims it offers 50 percent more sound isolation than before, but more importantly, the new material simply feels better. (The previous covering made my ears feel a bit itchy after a few Overwatch matches.) The headphones feature Logitech's Pro-G drivers with a slightly more aggressive sound profile than last year's headsets. While I found the G433 and G533 to sound a bit flat, the G Pro accentuate bass, which makes plenty of gaming moments feel more satisfying. Some music fans prefer a neutral sound profile, but when it comes to games, that tends to sound dull. The G Pro comes with a removable microphone, which features noise-canceling and better sensitivity than past Logitech offerings. You'll need a separate microphone jack to take advantage of that feature, which could be a problem for some gaming laptops. 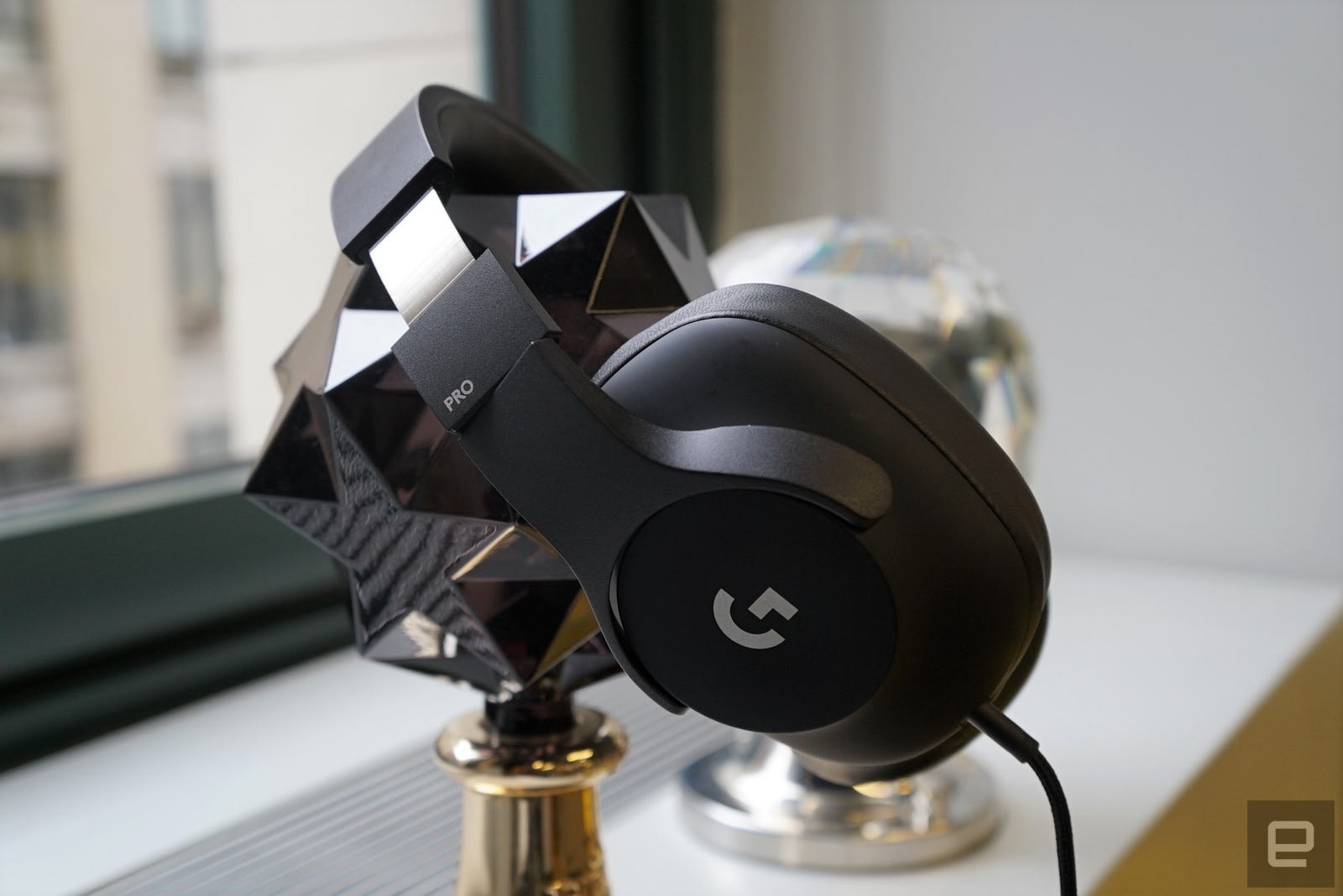 Logitech says it developed the G Pro based on feedback from eSports players, and it shows. In addition to the leatherette ear coverings, you've also got microsuede replacements in the box. While I missed the useful noise separation from Logitech's surround sound headphones, the G Pro still sounded excellent. I could easily make out the careful footsteps of other players looting gear in Playerunknown's Battlegrounds, or enemies creeping up behind me in Overwatch. I also found myself paying more attention to games than with Logitech's previous headsets, thanks to the improved sound isolation.

At $90, the G Pro sits in the middle of Logitech's gaming headphone lineup, but they're a solid pick if you're looking for a high-quality wired option. You'll be able to snag one of your own in April.

In this article: av, gadgetry, gadgets, gaming, gamingheadsets, gear, Gpro, headphones, Logitech
All products recommended by Engadget are selected by our editorial team, independent of our parent company. Some of our stories include affiliate links. If you buy something through one of these links, we may earn an affiliate commission.