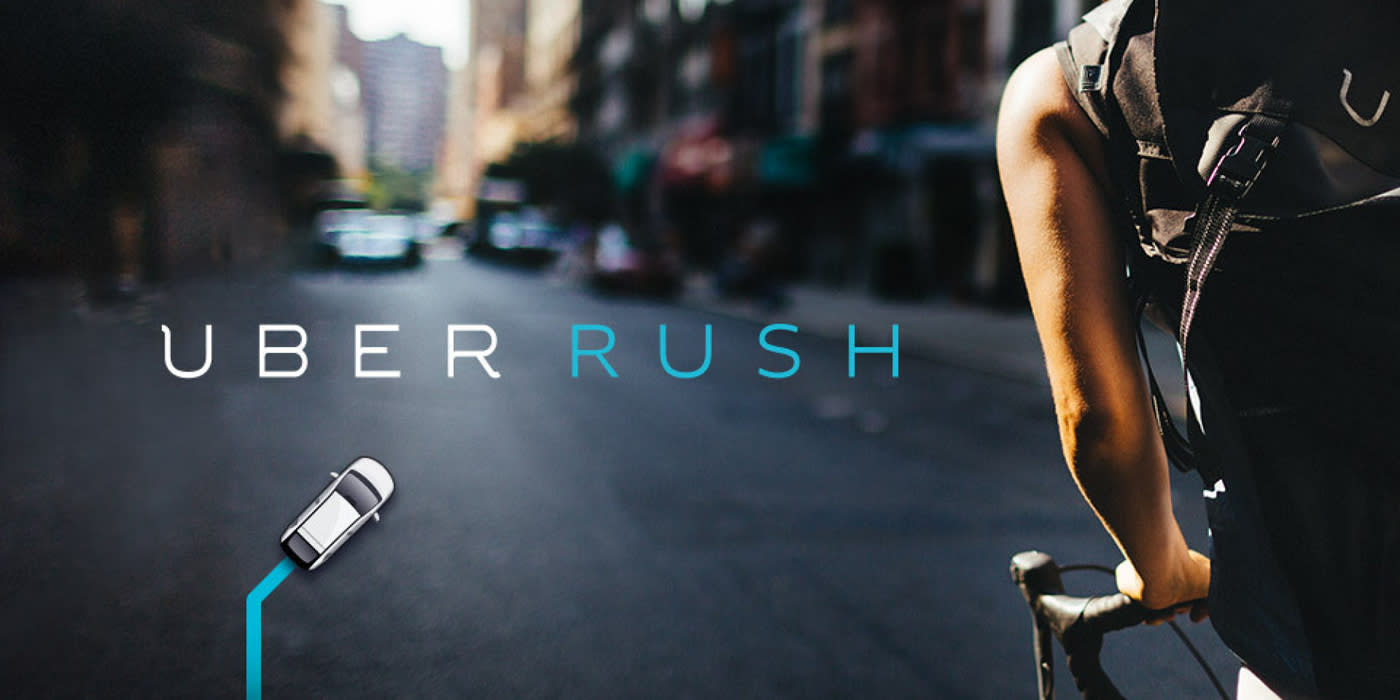 On June 30th, Uber will sunset its on-demand delivery service for laundry, groceries, flowers and just about anything under 30 pounds that's not an illegal item or, say, a cute pet. The ride-hailing service has notified its users in an email that it's shutting down UberRush, which has been doing deliveries for businesses in New York City, San Francisco and Chicago since 2015. Uber has confirmed the shutdown to TechCrunch, telling the publication that it's applying the lessons it learned from running the division to its UberEats food delivery business.

Unlike UberRush, UberEats drummed up enough interest to expand to over 200 markets around the globe. In fact, restaurants used to be able to deliver food through Rush until the company scaled it back and decided to make Eats its official food delivery division in 2017. Whether that marked the beginning of the end for Rush and caused it to fade from people's memories, we can only speculate.

"We're winding down UberRush deliveries and ending services by the end of June," was all the spokesperson told TechCrunch. "We're thankful for our partners and hope the next three months will allow them to make arrangements for their delivery needs."

In this article: business, delivery, gear, uber, uberrush
All products recommended by Engadget are selected by our editorial team, independent of our parent company. Some of our stories include affiliate links. If you buy something through one of these links, we may earn an affiliate commission.