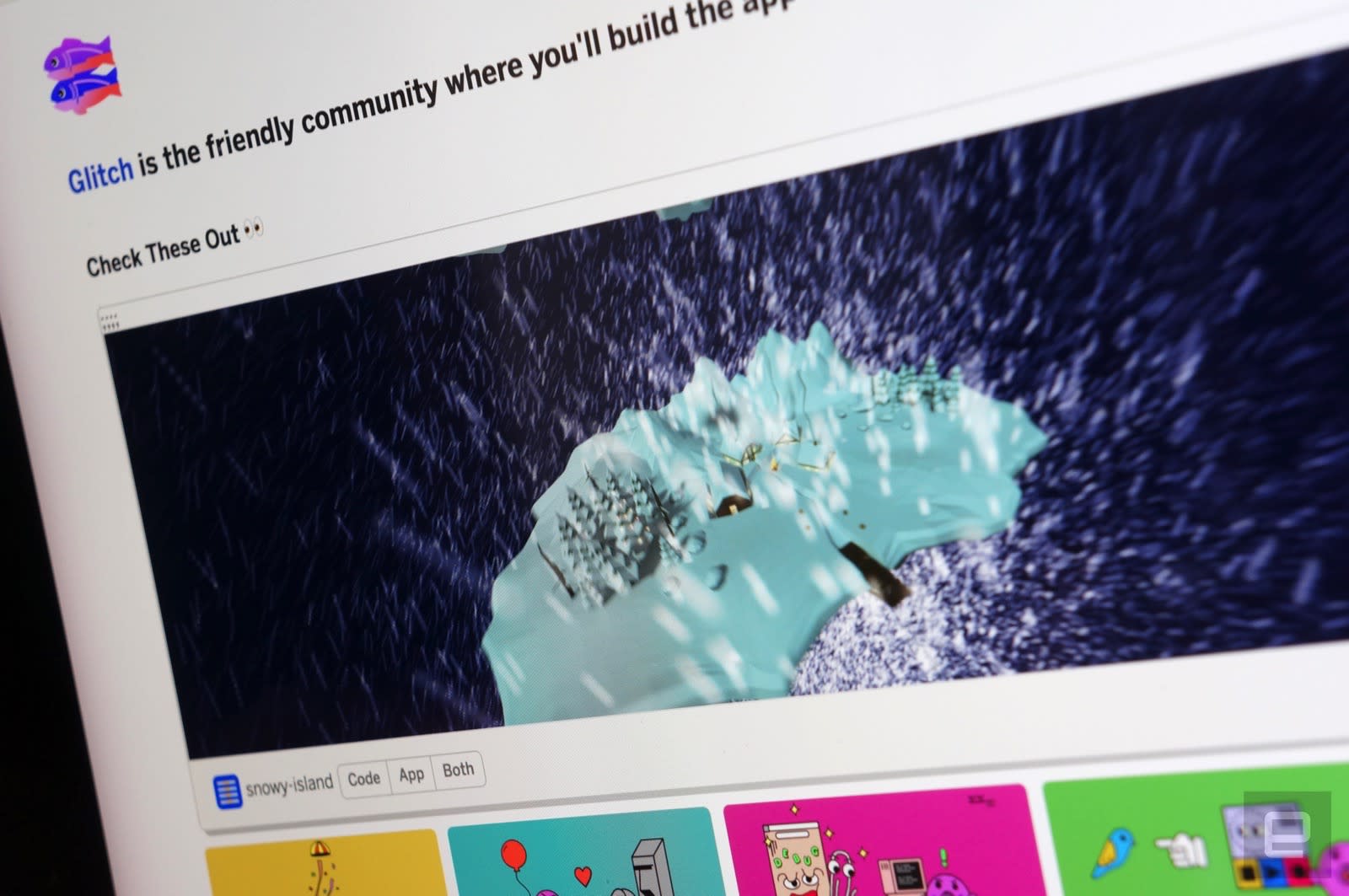 Fog Creek Software (led by well-known entrepreneur Anil Dash) has spent about a year testing Glitch, a sort of YouTube for app creators where people can create, modify and host code in an easy to use, collaborative environment. And now, it's ready for public consumption: Glitch has dropped the beta tag and is now officially available to everyone. The site lets you upload working code for everything from websites to VR experiences, and encourages you to "remix" them regardless of your skill level. You don't even have to figure out where to launch them, as Glitch automatically hosts your work.

The project revolves around openness (it recently added the option to embed Glitch-made apps anywhere on the web), and that now extends to the site itself. Fog Creek has opened up the source code for the Glitch website, giving you a chance to shape the community in addition to the apps you make.

There's no certainty that Glitch will catch on -- it's clearly not meant for typical commercial apps with closed source code. However, it could be particularly appealing to both newcomers to programming and those who are more concerned about making code accessible than turning a profit. Fog Creek envisions Glitch as a hub for artists, activists and teachers who don't always have platforms for their work and might be intimidated by the usual hurdles associated with writing and delivering code.

In this article: community, fogcreeksoftware, gear, glitch, internet, opensource, programming, web
All products recommended by Engadget are selected by our editorial team, independent of our parent company. Some of our stories include affiliate links. If you buy something through one of these links, we may earn an affiliate commission.