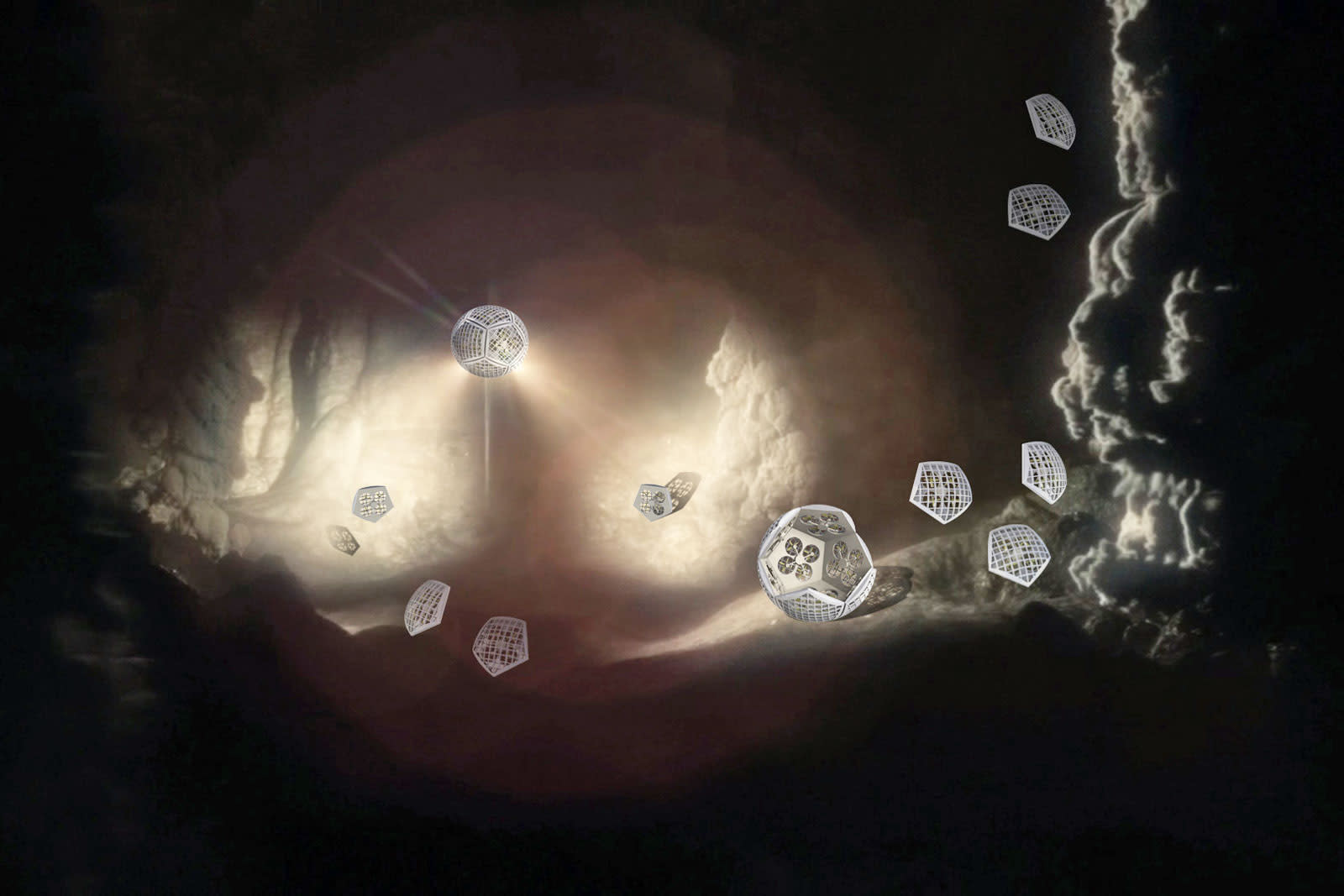 NASA is no stranger to backing unusual technology if it'll help with exploring the cosmos, and its latest move is proof of that adventurous mindset. The administration has invested in 25 "early-stage" tech proposals that could improve both human and robotic exploration, and some of them are particularly inventive. The Shapeshifter concept you see above, for instance, envisions a horde of robots that combine into different forms to explore virtually every surface on Saturn's moon Titan. It could form an aircraft for high-altitude missions, a ball on the ground or a torpedo for under-liquid expeditions.

Another proposal, Biobot, would offload some of an astronauts' life support and consumables to a companion robot tethered by an umbilical system. While it might seem disconcerting to trust your survival on a hostile world to a robot, the machine could let explorers last for days before returning to base. They could even use the mechanized helper to haul gear and communicate with people back on Earth.

Other projects include Marsbee (a swarm of flying robots that would assist Mars rovers), SPARROW (a steam-propelled robot for exploring oceans) and PROCSIMA (beamed propulsion for interstellar missions).

The initial investments dole out $125,000 each over the space of nine months to help determine the feasibility of the concepts. If the projects are viable, the teams can apply for a second phase to further develop their work. We'd expect only some of these concepts to make the initial cut, let alone reach real-world use, but they illustrate NASA's thinking -- it's willing to try oddball ideas if they solve problems more effectively than conventional technology.

In this article: asteroid, biobot, gear, investment, mars, nasa, robots, science, space, titan
All products recommended by Engadget are selected by our editorial team, independent of our parent company. Some of our stories include affiliate links. If you buy something through one of these links, we may earn an affiliate commission.