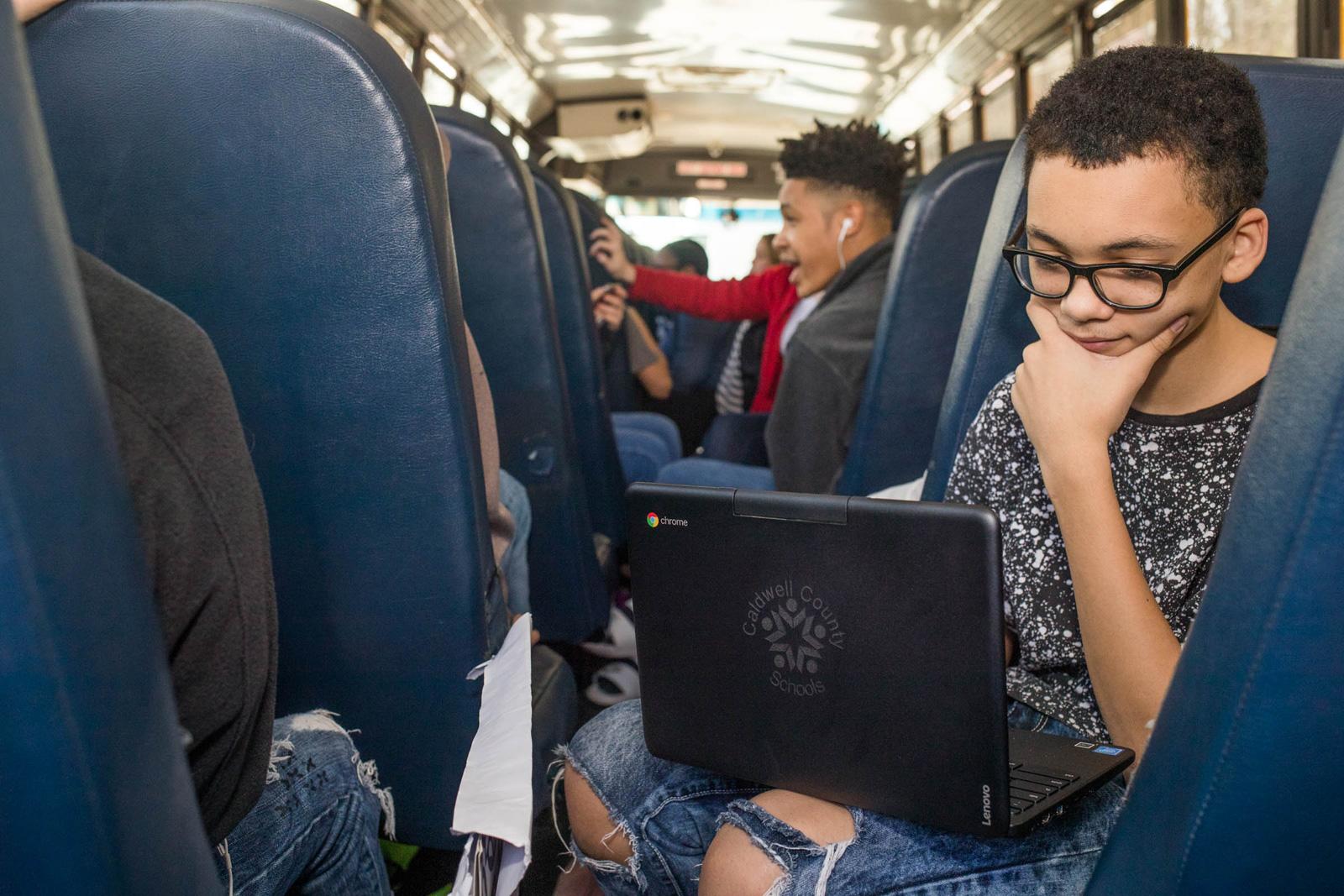 When you're a rural student, the ride to school can easily take an hour or two. That's a lot of lost time that could be better spent doing homework or studying for tests. Google, however, is determined to put that lengthy commute to good use: it's formally launching Rolling Study Halls, or school buses equipped with WiFi, computers and on-bus educators to help rural students with work beyond school hours. The official program will expand on two pilots in the Carolinas to include 16 extra school districts, starting now with the Deer Trail district in Colorado. If all goes well, Google will have reclaimed about 1.5 million hours for "thousands" of students by the end of the school year.

Google notes that schools will set the policies for the onboard access, so they can limit kids to class-related sites. The company isn't alone in this endeavor, either, as it's enlisting the help of both school networking non-profit CoSN as well as low-income broadband provider Kajeet.

There's no question that Google stands to benefit from the program: this gets Chromebooks in front of students who might only ever see them in the classroom, if at all. At the same time, though, it should level the playing field for rural kids who had to either cut into greatly limited free time or suffer academically. There's evidence it can work -- a study of the South Carolina pilot showed that students were more likely to be digitally literate and complete homework, and were less likely to face discipline. While there's no guarantee that will translate to other schools, it bodes well for the expanded program.

In this article: bus, chromebook, cosn, education, gear, google, internet, kajeet, kids, networking, rollingstudyhall, schoolbus, transportation, video, wifi
All products recommended by Engadget are selected by our editorial team, independent of our parent company. Some of our stories include affiliate links. If you buy something through one of these links, we may earn an affiliate commission.