It's got an eighth-generation Intel Core i7 processor and NVIDIA GeForce GTX 1070 graphics in a slim profile.

Today, ASUS Republic of Gamers (ROG) announced the Zephyrus M laptop, which is the thinnest gaming laptop to have an eighth generation Intel Core i7 processor and NVIDIA GeForce GTX 1070 graphics. The laptop will be available for preorder starting April 3rd. The laptop starts at $1499, with the top-of-the-line model at $2199.

The Zephyrus line is designed for gamers who want the power of a gaming desktop in the form factor of a relatively slim and lightweight laptop. The display is 15.6 inches, with full HD resolution (1980 x 1080) on an AHVA IPS-type panel with a 144Hz refresh rate and 3 ms response time. It's also got onboard wide-view tech, which means colors stay true even from extreme angles. It weighs about 5.5 lbs and is 15.1 x 10.3 x 0.7~0.78 inches. 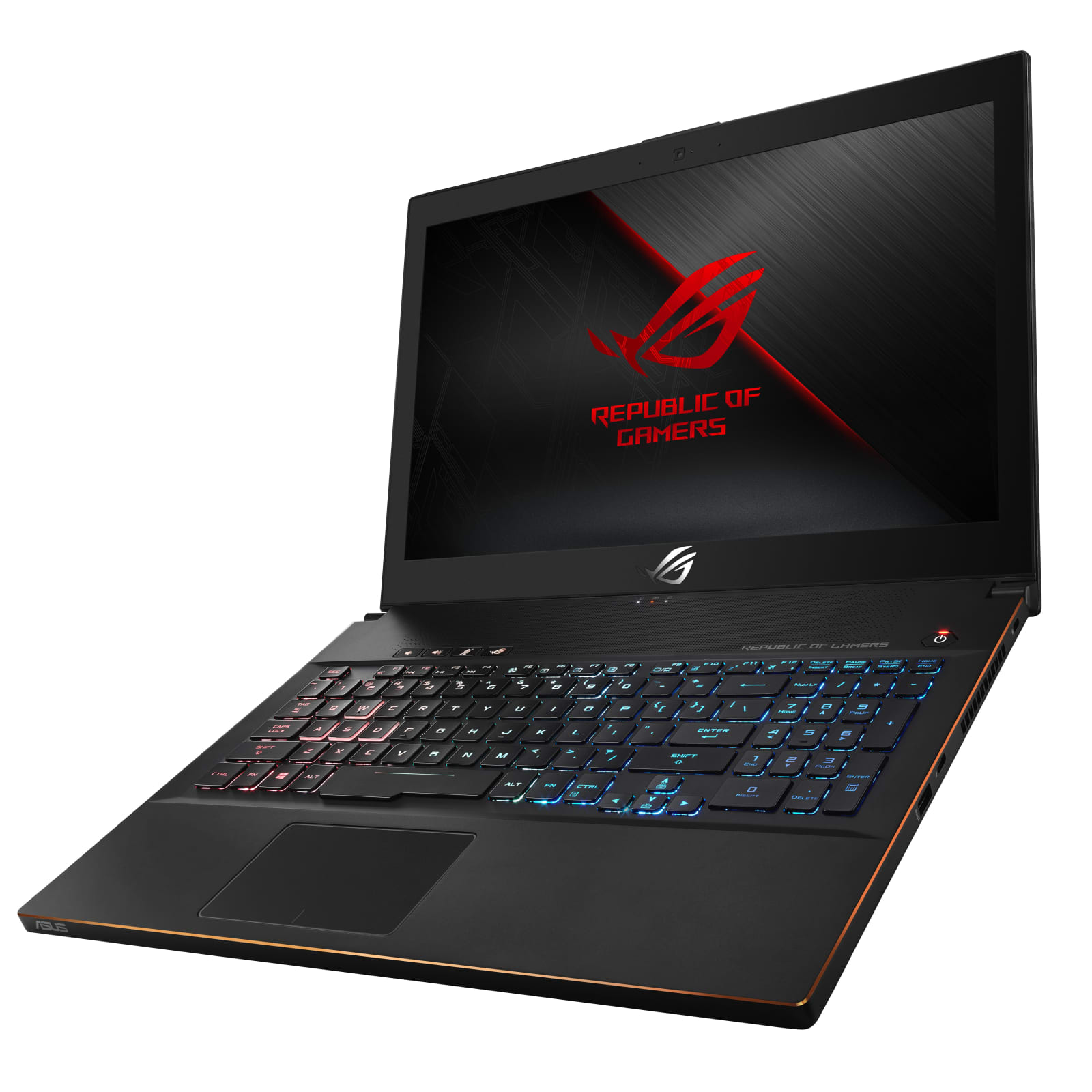 The $2199 model comes with 16GB of DDR4 RAM and a 256 GB SSD, as well as a 1 TB SSHD. It also has an active aerodynamic system, which ensures that the laptop runs cool without sacrificing speed or performance. The system also runs quietly. As far as ports, it has 1 USB-C, 2 USB-3.1 Gen 1, 2 USB-3.1 Gen2, 1 HDMI 2.0 and 1 3.5-mm jack. It also has a built-in HD camera and mic, with a backlit keyboard. The battery is a 4-cell Li-ion 55WHrs, and the laptop has switchable GPU modes so the user can switch between G-SYNC or power-saving mode. You can see full specs of all the models here.

We reviewed the ASUS ROG Zephyrus laptop and were impressed by both its form factor and onboard features. While the battery life left something to be desired, and the screen wasn't 4K (which are issues with this model as well, though the GPU switching can help with the battery problems), we were still in awe of how much ASUS ROG was able to pack into this laptop.

ASUS ROG announced a full line of new gaming systems today that are all powered by the newest eighth generation Intel Core processors, which allow gamers to customize their lighting. These include the Zephyrus M as well as the Huracan desktop, the Zephyrus, the G703, the Strix SCAR edition, the Strix Hero edition, the Strix GL12, and the H370 and B360 series motherboards.