The GS65 "Stealth Thin" is its new flagship.

The race is on to making gaming laptops thinner and lighter than before. We were wowed by ASUS's ROG Zephyrus last year, which packed in an NVIDIA GTX 1080 Max-Q GPU in an incredibly svelte frame. Now MSI is taking that on directly with its new GS65 "Stealth Thin," an even slimmer addition to its lightweight gaming lineup. It clocks in at just 4.1 pounds, while also fitting in a 15.6-inch 144Hz display (which should make gameplay look incredibly smooth), an NVIDIA GTX 1070 Max-Q GPU and Intel's 8th generation Core i7 CPU.

While MSI is known for making powerful gaming machines, and its past GS machines have also been impressively slim, the GS65 Stealth Thin proves it can still surprise us when it comes to design. With its sleek black and gold aesthetic and lack of ostentatious flash, it doesn't scream "gaming laptop." The GS65 also features thin 4.9mm bezels around its 1080p screen, and it's just 0.69-inches thick (a hair thinner than its previous models). MSI also claims it'll last over eight hours on battery, whereas the Zephyrus lasted under two hours in our benchmark.

If you're looking for pure power in a gaming laptop though, MSI also announced its GT75 Titan today, which can be configured with Intel's brand new Core i9 six-core CPU. It's nowhere near slim, clocking in at 10 pounds with a giant 17.3-inch screen, mechanical keyboard, and elaborate cooling. But it has just about all the hardware you could want, including NVIDA GTX 1070 and 1080 graphics, as well as 4K and 1080p (120Hz) displays. 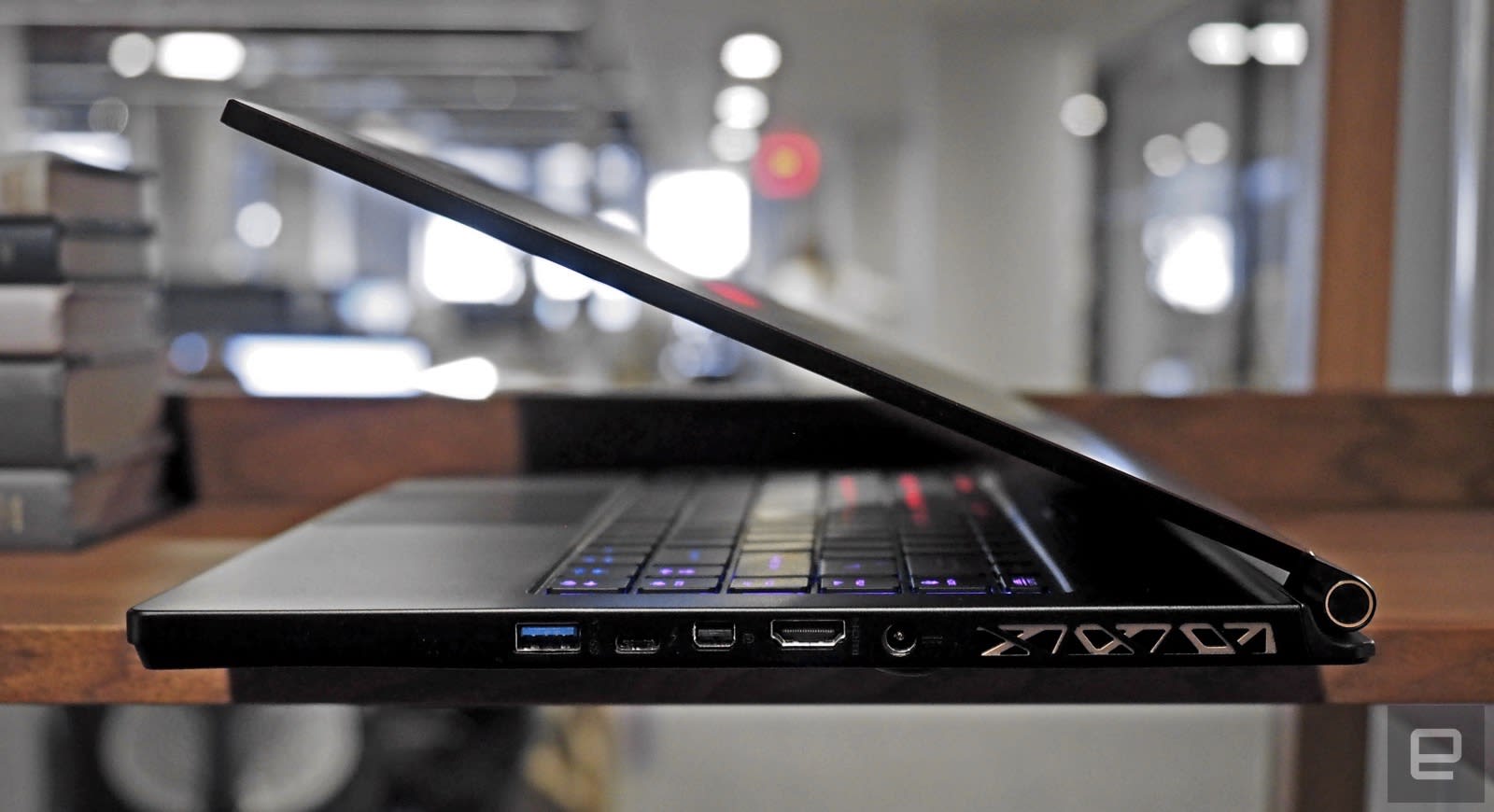 If for some reason you want something even bigger, there's also the GT83 Titan with a 18.4-inch 1080p screen and dual GTX 1070 and 1080 options running SLI. And if you'd prefer a more reasonable screen size, MSI also has the GT63 with a 15.6-inch display. MSI is also updating machines across all of its lines, including the Stealth Pro series, with 8th generation Intel Core CPUs.

You can preorder all of the MSI's new machines on Newegg and Amazon today. The GS65 Stealth Thin starts at $1,799, while you'll have to cough up even more for the GT75 Titan (at least $2,399). You'll be able to snag all of the new laptops online and in stores by the end of April.

/20
All products recommended by Engadget are selected by our editorial team, independent of our parent company. Some of our stories include affiliate links. If you buy something through one of these links, we may earn an affiliate commission.