The uncovering of a fake Russian pundit

At this point in history, you probably wouldn't be surprised if I told you that the guy who owned Jared and Ivanka's Washington home was just uncovered as the ringleader behind what some believe is a Russian counterintelligence operation. But you'd still have to admit that it's pretty weird.

The fraudulent personality -- with a racist slur for a surname -- spoke as the expert representative of the Pentagon in Russian and Ukrainian media from 2015 to 2017. Rapoport's "Jewberg" posed as an Army officer veteran, commanded a powerful sphere of influence on social media and claimed to be connected to Facebook's inner circles to the point of conference calls and gatekeeping whitelists for "untouchable" accounts.

The social media personality used a fake ID and was well-connected online, cementing a presence that quickly positioned "Jewberg" as a voice of the Kremlin-hating American military that everyone in the Putin-Trump opposition needed to know. And yet, "Despite his rise to visibility with over 25,000 Facebook subscribers," Bellingcat concluded, "extensive exposure in Ukrainian and Russian media, and a public 'resignation' after Trump's election, David Jewberg is not a real person."

As part of Bellingcat's extensive investigation, published this week, it "contacted both the State Department (where Jewberg supposedly worked while at the U.S. Embassy in Moscow) and the Department of Defense (where he supposedly was employed until late 2016 and is a U.S. Army officer)". "Both denied ever employing someone by the name of 'David Jewberg'. The State Department went as far as to say that the online activity of Jewberg was 'fictitious'." 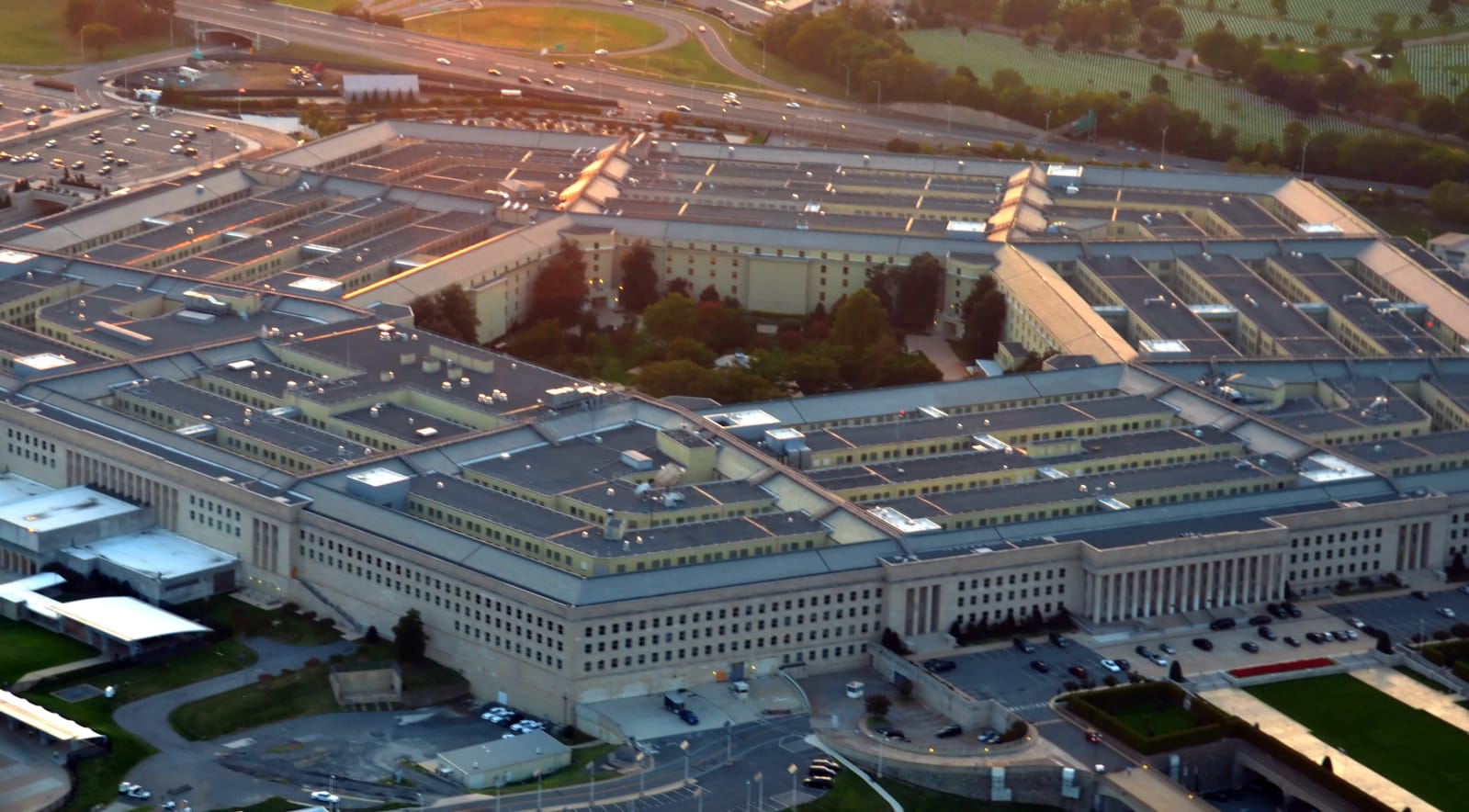 The persona was positioned as an anti-Putin, anti-Trump figure supposedly speaking with the credibility of an Army officer and a "Senior Russian Analyst at US Department of Defense." He even purported to rage-quit the DoD after Trump was elected. The "Jewberg" figure was widely quoted as an expert who spoke for the Pentagon in Ukrainian and Russian media, pushing arguments that a war between Russia and NATO would be over in "10 days," among other propaganda-tinged talking points.

"David Jewberg was just the kind of American many in the Russian opposition craved," Bellingcat explained. By Fall of 2016, his online connections and faked Department of Defense credibility made him highly desirable by Russian media who sought a representation of "the warmongering, Russophobic Pentagon long promulgated by the Kremlin anti-American propaganda."

Actual person and 23-year CIA veteran Glenn Carle told Bellingcat that it was highly unlikely "Jewberg" was anything but a foil. "If Jewberg was actually ran by an anti-Russian figure," they wrote, "he called it a 'crap initiative' and thought it was more likely to be a Russian disinformation campaign than an actual anti-Russian operation."

The Russian journalist who infiltrated and uncovered the Internet Research Agency, Lyudmila Savchuk-Borisova, said "'Jewberg' resembles propagandist fake accounts that a troll factory in Russia would create. A whole group of people would work on something like this." Considering that she trained and worked with several of the 13 named in Mueller's indictment for subverting the 2016 election and supporting Trump's campaign, she might have some considered perspective.

"Jewberg" had a Facebook profile stuffed with photos proving his existence — which Bellingcat discovered were actually photos stolen from the Facebook profile of a man named Steve Ferro, a man Rapoport met in college. For further proof, the "Jewberg" photographed and shared online photos of his supposed ID cards from the DoD, Army and state of Virginia. The obviously photoshopped forgeries (including an especially deformed ear, for instance) were made using photos of Ferro.

Bellingcat found that while there was a team behind the persona, "Rapoport (...) was actively propping up Jewberg credibility online. In particular," they wrote, "Rapoport posted pictures of a man he identified as 'David Jewberg' (photos of the same man were featured on Jewberg's Facebook profile) and referred to him as a personal acquaintance of a number of years."

Rapoport, who now lives in Ukraine, also acted as an intermediary for those who wanted to get in touch with "Jewberg," even referring to the made-up persona as a "friend and brother" during a spat on Rapoport's Facebook page. Once, when asked if Rapoport was a military expert, Bellingcat reported Rapoport's reply as, "I'm actually not, but my friend and brother David Jewberg is. Do read his opinion."

Rapoport's "Jewberg" ran a popular Facebook page from 2015 to 2017 that was predominantly "somewhat Americanized" fluent Russian with a post in English now and then. Facebook was his primary social capital, lending "Jewberg" credibility along with the persona's LinkedIn, Twitter and Google Plus profiles.

In the summer of 2016, "Jewberg" positioned himself as a target of pro-Kremlin forces on Facebook, and campaigned to get himself on Facebook's list of "untouchables" — a supposed register of accounts that can't be suspended. He made himself out to be a representative of Facebook's alleged pro-Kremlin bias so he could champion an allegedly discriminated-against class (and become a gatekeeper for those he represented, via his access). Through political maneuvering and making a lot of noise on Facebook, he supposedly found success. Maybe Rapoport just played into the self-victimizing conservatism of Facebook leadership. To which I'd have to say, nice exploit, bro. Anyway, "Per Jewberg's posts on Facebook," wrote Bellingcat, "in August 2016 he had a phone conference call with 'Facebook Global Head of Content Policy,' the 'Facebook head in Eastern Europe,' and others."

Bellingcat added, "During the phone call, according to Jewberg, he informed Facebook of the social network's alleged pro-Kremlin bias and was asked to submit a list of unjustly blocked accounts." Facebook did not return Bellingcat's requests for comment.

When reached for comment, Facebook referred us to "the transcript of Mark's Q&A" -- specifically the section about the IRA. The section we were directed to stated, perhaps ominously:

Of the IRA — I think there is going to be more content that we are going to find over time. (...) I am confident we are making progress against these adversaries. But they were very sophisticated, and it would be a mistake to assume that you can ever fully solve a problem like this, or think that they are going to give up and stop doing what they are doing.

Keep in mind that Facebook did not remove the "Jewberg" persona. All of the fraudulent social media profiles related to "David Jewberg" were removed prior to publication of the Bellingcat post.

Though, as recent Russian counterintelligence operations on Facebook seem to go, this one isn't too far out there. But it is less obvious than ones we've only recently learned about. As we're still finding out, despite Facebook's best efforts to the contrary, the Internet Research Agency ran multiple pages made to look like part of the Black Lives Matter movement. Most famous were "Blacktivist" and "Black Matters US" (which included ads), both of which targeted African-Americans in order to stoke hatred against Hillary Clinton, build trust between Americans and the fake organizations, and -- especially -- to ignite racial tensions in the US.

As Wired put it, Russia's fraudulent online personas and movements are more than "fake news." They wrote, "Indeed, the Blacktivist case is all the more fascinating for where it sowed discord: not within but without. Spread across its web of sham accounts, Internet Research Agency targeted issues that had become fiery, schismatic national talking points during the presidential election and have remained so at dinner tables across America." Turning us against each other has always been the point. That the current state of racial and class inequality, and acute corruption within our systems of authority and governance, was already at a breaking point was what made it easy.

And so it's no coincidence, I'll wager, that Rapoport -- or his team -- chose a racial slur for a very uncommon last name to the fake persona. This is part of the neoconservative playbook, taking on childishly racist, crudely simplistic handles as suggested in the Daily Stormer's guide for assimilation.

It's American racism as an aesthetic: It's not a description of the way one kind of people debase and invalidate the very humanity of more than half the planet, it's a dark funhouse mirror exaggeration for a totalitarian, insecure Russian racist's imagination of that.

A hodgepodge of maliciousness, with intent.