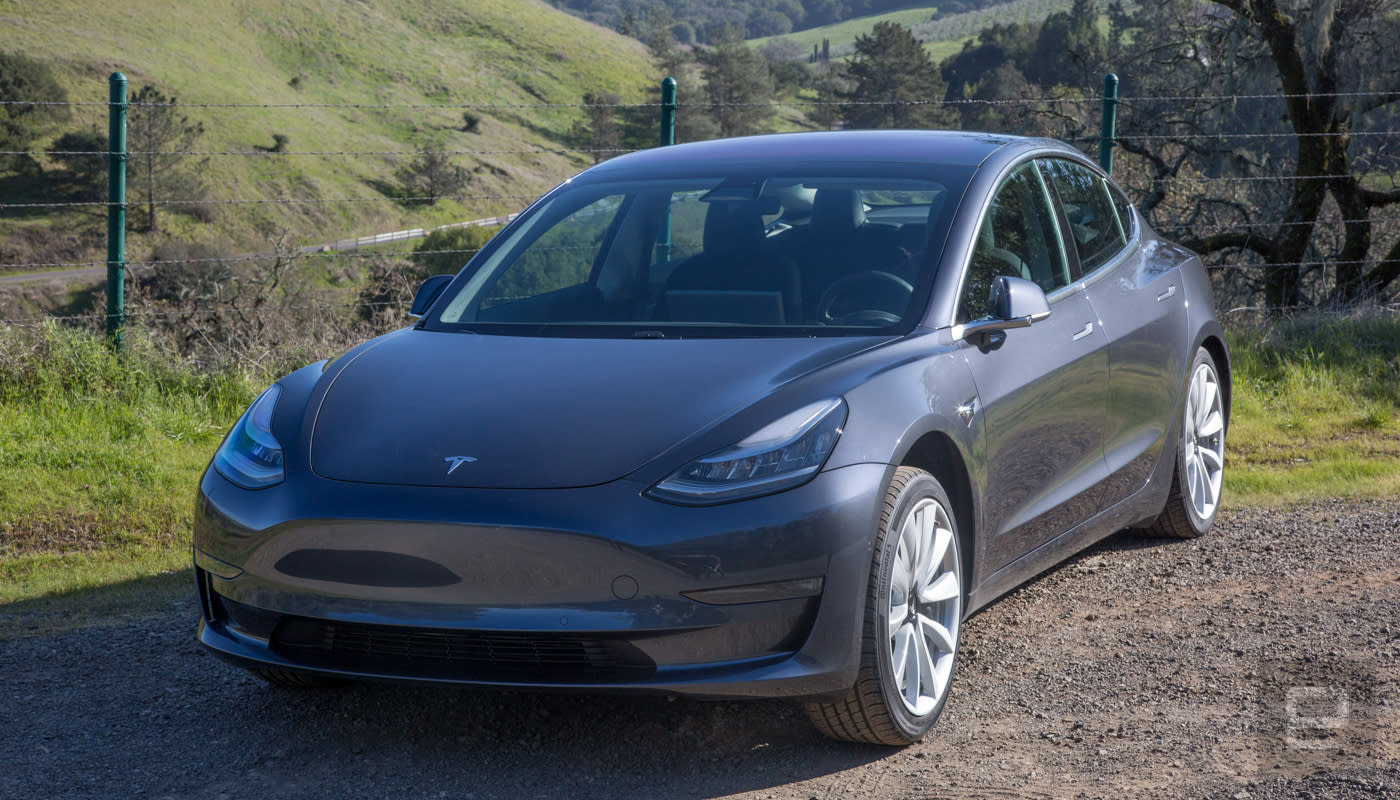 Every Tesla Model 3 rolling off the line has so far been a single motor, rear-wheel drive variant. That's been more than a little frustrating if you've had your heart set on the surefootedness of the dual motor all-wheel drive model. However, you now have a better idea of when you can expect it... and you might not be entirely happy. Elon Musk has informed a pre-order customer that AWD Model 3 production will "probably" start in July. Simply put, he wants manufacturing levels to climb high enough that Tesla can afford to introduce features that "inhibit production ramp" -- and while the company is improving, there's still a way to go.

At present, Tesla is making just over 2,000 Model 3 units per week. That's much better than it has been, but Musk wants production to increase to 5,000 cars per week before he's comfortable with AWD. That gives you a hint as to how well things are faring -- Tesla originally planned to hit that goal by last December.

The timing gives would-be AWD owners an expectation of when their cars might arrive, though. And Tesla likely has enough orders for its current Model 3 configuration (the RWD edition with a high-capacity battery) that it's not under too much pressure to deliver additional variants. The bigger concern is simply that those who wanted the $35,000 car, the reason the Model 3 exists in the first place, may have to wait even longer to get their EVs.

In this article: car, electriccar, electricvehicle, elonmusk, ev, gear, model3, tesla, transportation
All products recommended by Engadget are selected by our editorial team, independent of our parent company. Some of our stories include affiliate links. If you buy something through one of these links, we may earn an affiliate commission.