The beginning of the automaker’s path to an electrified future.

More and more luxury automobile owners want to go green. Sure, there's a chance they're looking to save a few bucks on gas, but you rarely find people who buy feature-filled powerful sedans and then worry about the prices at the pump. For the automakers, some of that desire to be more eco-conscious is government-mandated. As in the growing Chinese market, where hybrids and EVs will soon be the norm as the country tackles its pollution problem.The CT6 Plug-In is built in that country to capture that market. But it's also here in the US and it's a worth a look.

Whatever a person's reason for wanting a hybrid or EV, the $74,000 Cadillac CT6 Plug-In offers a compelling, feature-rich package for fans of American luxury. While it's quick in a straight line, the weight of the added battery makes it less nimble in corners than its gas-powered counterpart.

With an EV range of 31 miles, the CT6 Plug-In could potentially go for weeks (or even months) without hitting up the pumps if you live within 10 to 15-miles of work and charge it every night. The car's total range (gas and electric combined) is 430 miles. So, if the EV-only mode doesn't keep you from the pump, those visits will still be few and far between.

With a charged battery -- and while driving around town -- the CT6 is rated at 62 MPGe (miles per gallon equivalent). But once you hit the freeway (which always obliterates any hybrid mileage), the efficiency tumbles to 25 miles per gallon. That's a huge drop and should make potential purchasers pause if they typically do a lot of high-speed highway driving and want an eco-friendly car.

If the car's not bombing down the freeway, the impressive EV range is accomplished thanks to an 18.4kWh battery sandwiched between the back seats and trunk. Unfortunately, this creates some issues.

First off, it reduces the size of the trunk enough that I was surprised by the lack of space when I initially opened the cargo area. It's enough for about two to three medium-size pieces of luggage. Anything more than that and you begin to encroach on the passenger area.

The battery also adds weight because that's what batteries do. But on the CT6 Plug-In, because the power pack is placed vertically in the car, it reduces the cornering prowess of the vehicle. The car feels heavy going around sharp turns. Because of this, I wasn't surprised when the wheels squealed in protest during maneuvers that a regular CT6 would have no problem accomplishing. 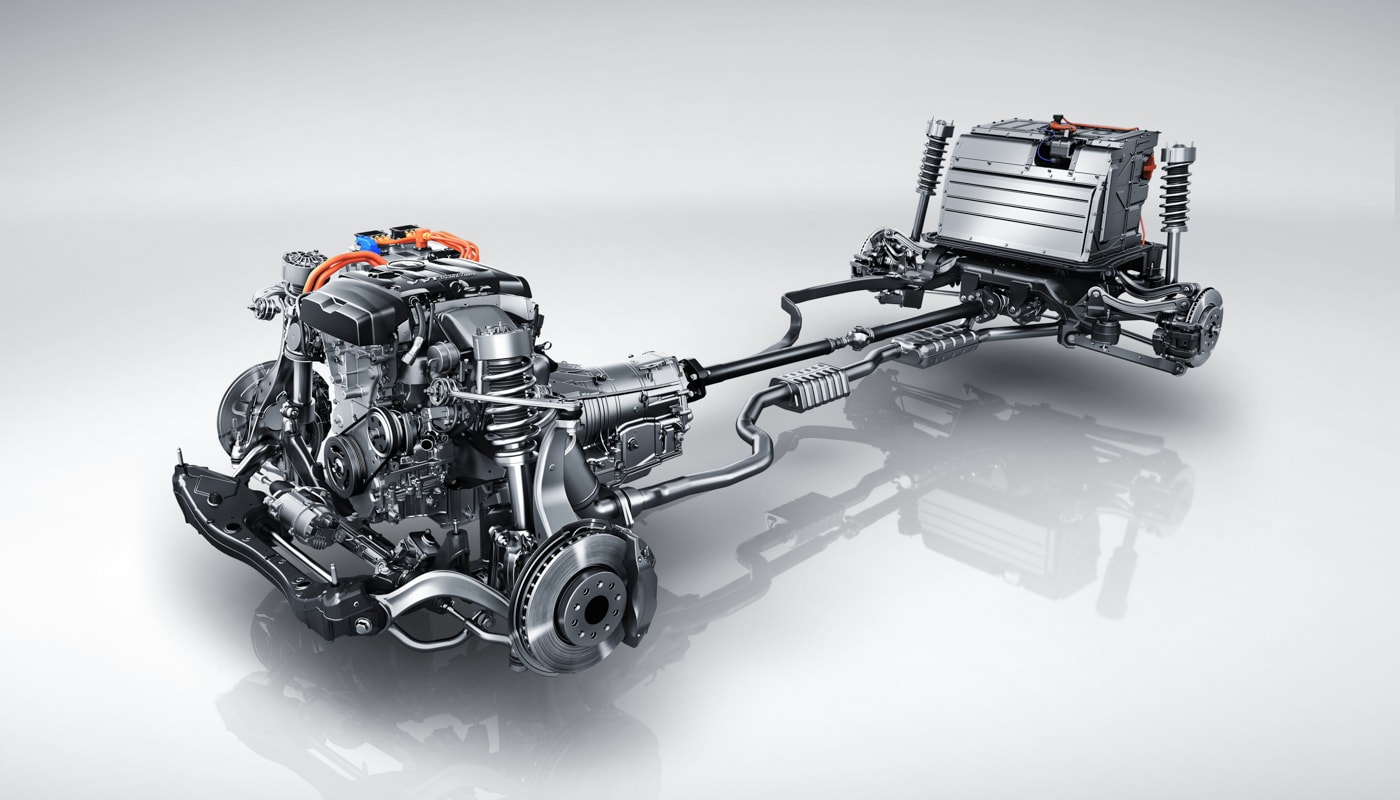 Putting the car in Sport mode, with its tightening of the steering wheel, doesn't help all that much either. What it does do is make the Cadillac quick in a straight line. With a zero to 60 time of 5.2 seconds (thanks to 335 horsepower and 432 pounds of torque), I nearly forgot all about the corners I had tackled earlier in the day.

While I'm a fan of going fast in a straight line, the CT6 Plug-In shines in its default Tour mode. It keeps the Cadillac in electric mode until the battery is depleted. When the car is running on electrons, the vehicle is in its element as a luxury cruiser. It's quieter, accelerates smoother and feels more like a Cadillac. But the car still suffers some of the issues other hybrids encounter.

Like a lot of hybrids, there were occasional hiccups as the car transitioned from gas to electric or vice versa. Usually, these happened during slow speeds and were most pronounced if I was driving in Sport mode.

Still, it looks like GM (the parent company of Cadillac) has taken what it's learned from the Chevy Bolt and Volt and placed it in the CT6 Plug-In. It'll be interesting to see how the automaker's learnings translate into a potentially fully electric future Cadillac. If it's as smooth as this car when it's rolling on electrons, Caddy fans should be pleased.

Green Cadillac drivers will also be happy to know that the automaker has shoved nearly all the options into the CT6 Plug-In which only has a single trim level. It ships standard with a ton of features like a review-mirror camera, Android Auto and CarPlay support, 360-degree camera, four USB ports, two more USB ports for video along with HDMI, rear monitors, a 110 volt outlet, heads-up display, the ability to record video of a drive, and Night Vision (which finds pedestrians at night and highlights them). A helpful feature in San Francisco while it's raining since everyone who lives here owns a black hoodie which makes us low-level ninjas that are hard for drivers to see.

The CT6 Plug-In also has adaptive cruise control which works great. It's not quite as nice as offerings from Tesla, Mercedes, BMW and Nissan, but it's close. The lane-keep assistant, on the other hand, is less impressive. It barely nudges you back into your lane. Sadly, you can't outfit the vehicle with Cadillac's impressive Super Cruise semi-autonomous driving tech. Hopefully, that'll be rectified in future versions of the car.

Looking a few years or even decades down the road is important for Cadillac as it and other automakers try to figure out what the future holds for the automotive world. The CT6 Plug-In is a step in the right direction. The company is moving towards an electric vehicle while making sure it can compete in China's growing market where EVs and hybrids are pretty much going to be mandatory.

On the road, if you treat the CT6 Plug-In like a cruiser and keep it charged up, it'll deliver the Cadillac luxury you'd expect. Push it, and the car tries its best to keep up, but for enthusiasts of luxury sport vehicles, it'll fall short. Those folks should check out the incredible CTS-V for now. For the eco-conscious person looking for a ton of features in a luxury car that's smooth on the road, the Caddy is ready to be plugged into your home.