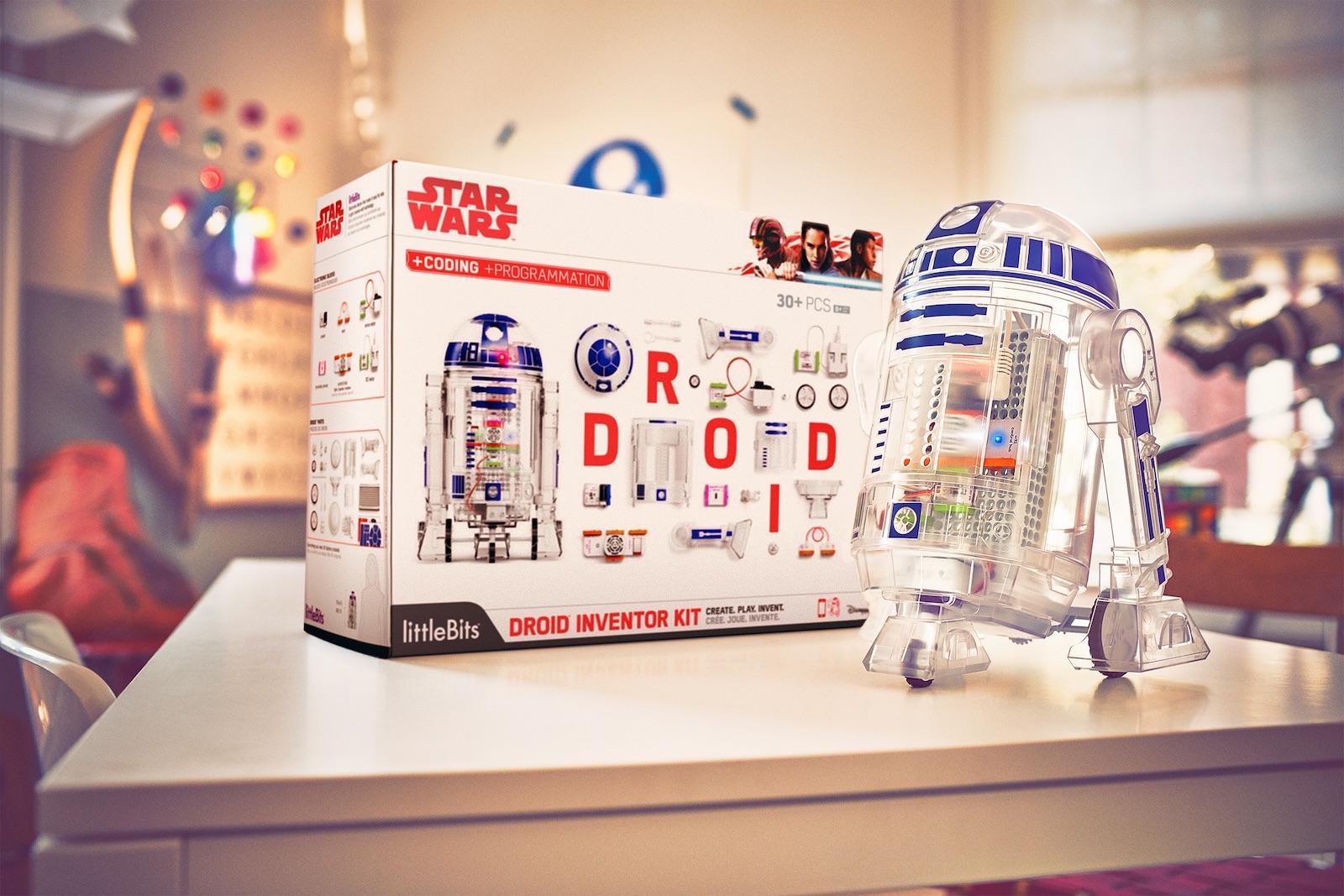 Last year, littleBits introduced a Star Wars Droid Inventor Kit, which allows kids to build their own Droid. The kit came with everything kids needed to accomplish the task, and an app provided how-to videos and instructions. Now, littleBits is adding more functionality to these Droid kits: Kids can use coding to customize their Droids. This feature is available at no additional cost to those who own Droid Inventor Kits.

It's made possible thanks to Scratch Blocks, which is coding tech developed by Google and MIT. Kids can expand upon the existing missions within the kit through this new update, allowing them to control the power, motor, or sensor of their Droid through easy drag-and-drop coding. The update also allows kids to customize their Droid, giving it a personality.

We're never going to complain about companies adding on functionality to already-sold items, so of course this is a great idea. But even more than that, adding coding functionality to something as fun as a Star Wars Droid and expanding what you can do with such a kit really inspires the imagination. It wouldn't be surprising to find more than a few adults running out to pick up the updated kits.

In this article: droid, gear, littlebits, robots, starwars, TL18DRD
All products recommended by Engadget are selected by our editorial team, independent of our parent company. Some of our stories include affiliate links. If you buy something through one of these links, we may earn an affiliate commission.