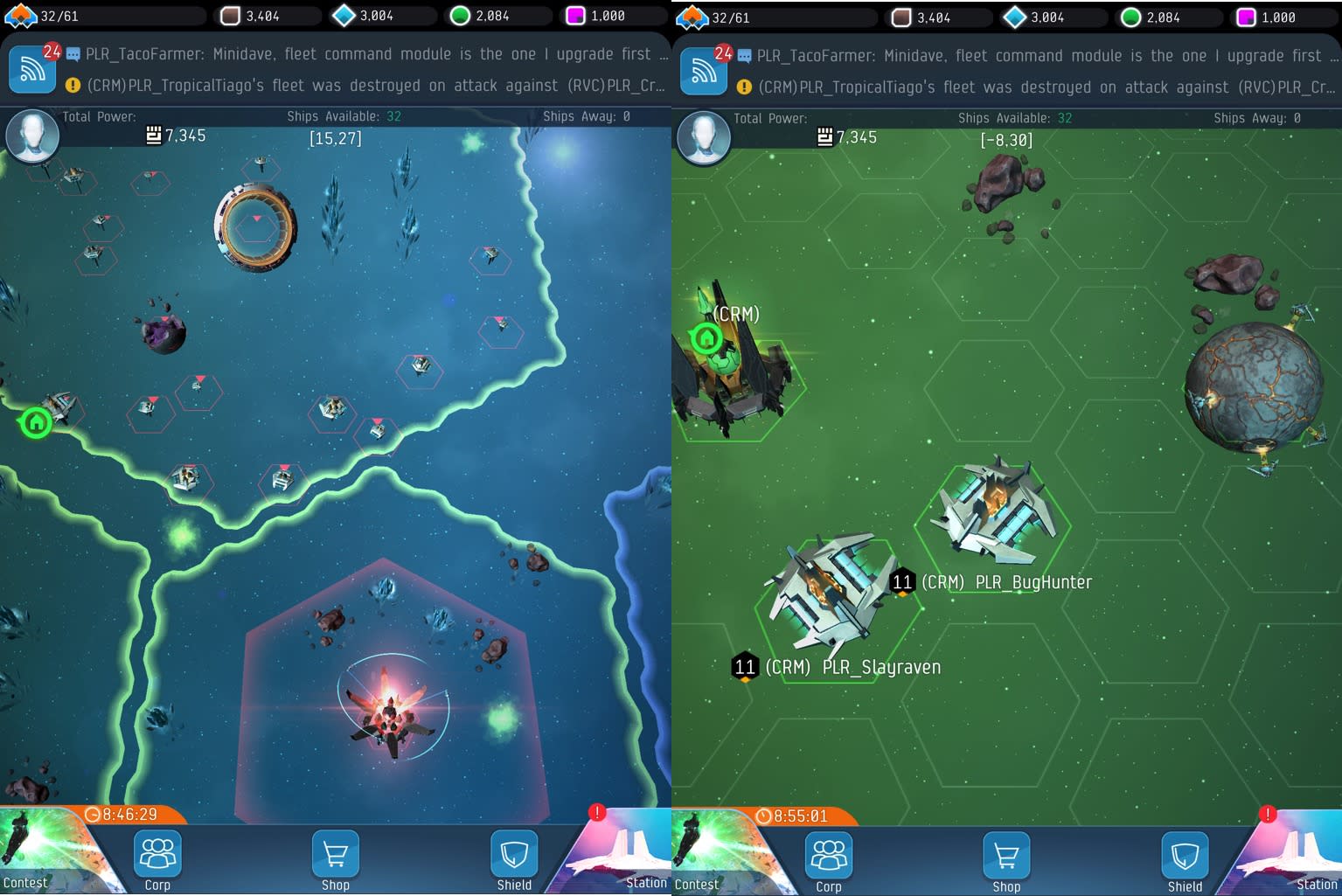 Complex space sim Eve Online will be 15 years old this year, surviving in a less MMO-friendly market with various spin-offs like Dust 514 and Valkyrie, as well as a free-to-play version. Developer CCP teased a new mobile Eve title last October, and now EVE: War of Ascension is set to launch on iOS and Android sometime later this year.

Originally titled Project Aurora, the company promises that this will be a massively multiplayer mobile game set in the Eve universe. CCP co-developed the new title with Finnish developer PlayRaven and will be published by Kongregate. The companies say that War of Ascension (not to be confused with the past Eve expansion of the same name) will appeal to both fans of the original franchise as well as more casual players, which could mean either a solid game to play or a crufty F2P experience. Here's hoping it will lean more towards the former, though translating the immense galactic community in a mobile title is likely a challenge.

Similar to the PC game, you'll get to explore different sectors of space, create your own stories and either work cooperatively with other players or fight them for resources. You'll also hunt for relics that unlock unexplored areas of space and engage in weekly and limited time "events."

"Eve Online has always been an incredible online world, but as one of the most complex and interesting MMO games on PC, it wasn't always accessible to a broad audience," said Kongregate's Emily Greer in a statement. "Bringing the community, intrigue, and universe of Eve to millions of mobile players later this year is a banner moment for our publishing program."

In this article: ccp, gaming, kongregate, mmo, mobile, playraven, spacesim
All products recommended by Engadget are selected by our editorial team, independent of our parent company. Some of our stories include affiliate links. If you buy something through one of these links, we may earn an affiliate commission.