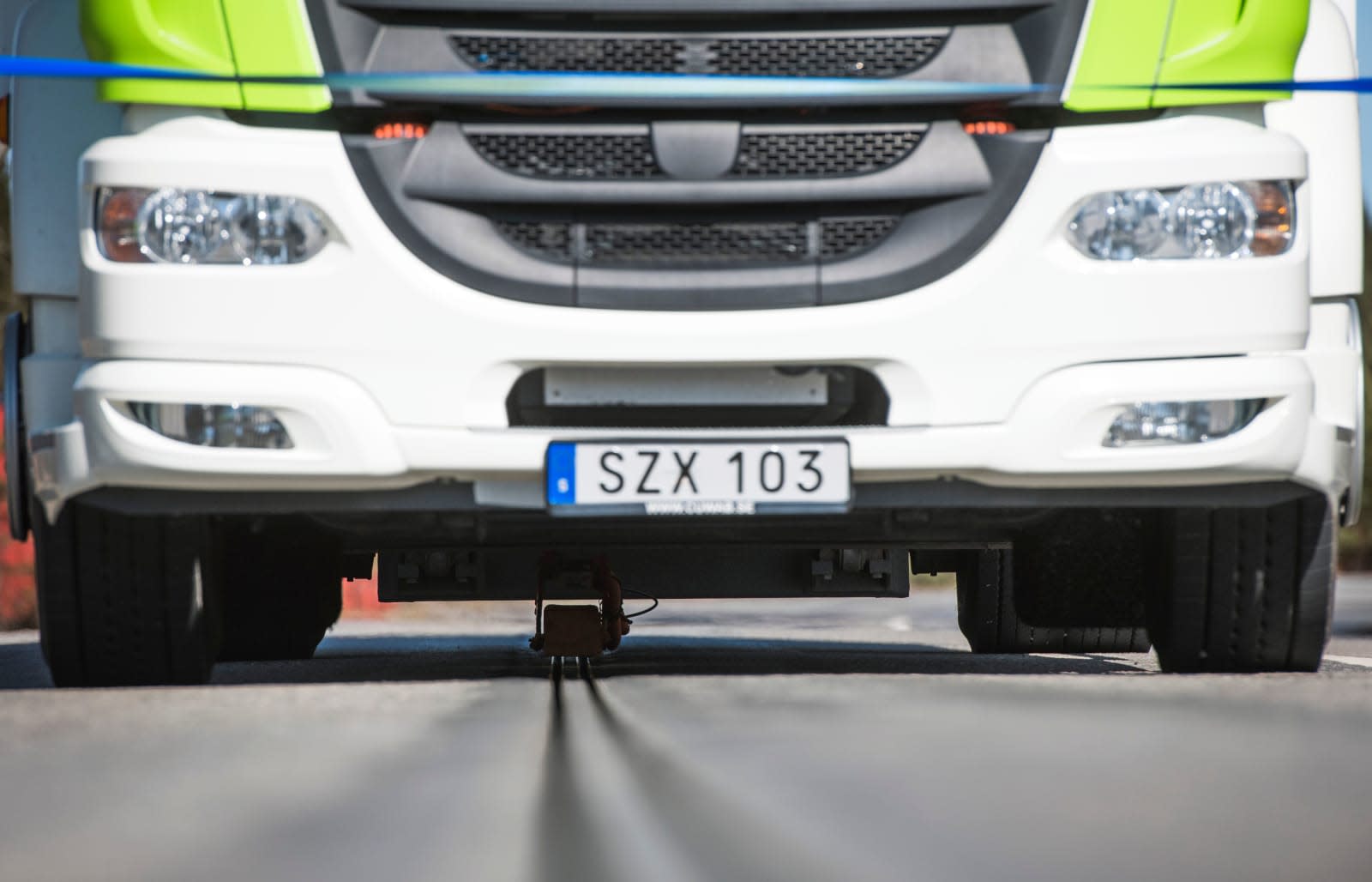 You can now charge your electric vehicle as you drive in Sweden, but only for about 2km (1.2 miles). That's the length of a road outside Stockholm that's been embedded with electrified rail, which is the first length in a government-planned nationwide rollout of EV-recharging streets. Unfortunately, you won't be able to juice up a stock electric car on these roads: Vehicles need to drop a movable arm on the rail itself to recharge.

Think of it like the old Scalextric electric toy cars that drew power from the track -- except, in this case, it's more like a record needle. It may not be so fragile as the latter; The arm automatically disconnects should the vehicle stray from the rail. Its 'dynamic charging' only funnels electricity to a vehicle while it's in motion. The system can even calculate the amount of energy consumed and debit it to the proper vehicle and user.

The rail-and-arm certainly seems easier to install on both roads and cars than the overhead wire system Sweden experimented with two years ago. But the plan isn't to electrify all 500,000km of road in the country. Instead, the government aims to install rails in the 20,000km that constitute highways, the chief executive of the eRoadArlanda consortium behind the project told The Guardian.

"If we electrify 20,000km of highways that will definitely be be enough," eRoadArlanda CEO Hans Säll said. "The distance between two highways is never more than 45km and electric cars can already travel that distance without needing to be recharged. Some believe it would be enough to electrify 5,000km."

The electrified rail system is expected to cost €1m per kilometre, which would make it 50 times cheaper than building an urban tram line, according to The Guardian. But installing these roads could encourage automakers to include smaller batteries in their EVs if they end up counting on these strips to recharge electric cars mid-drive.