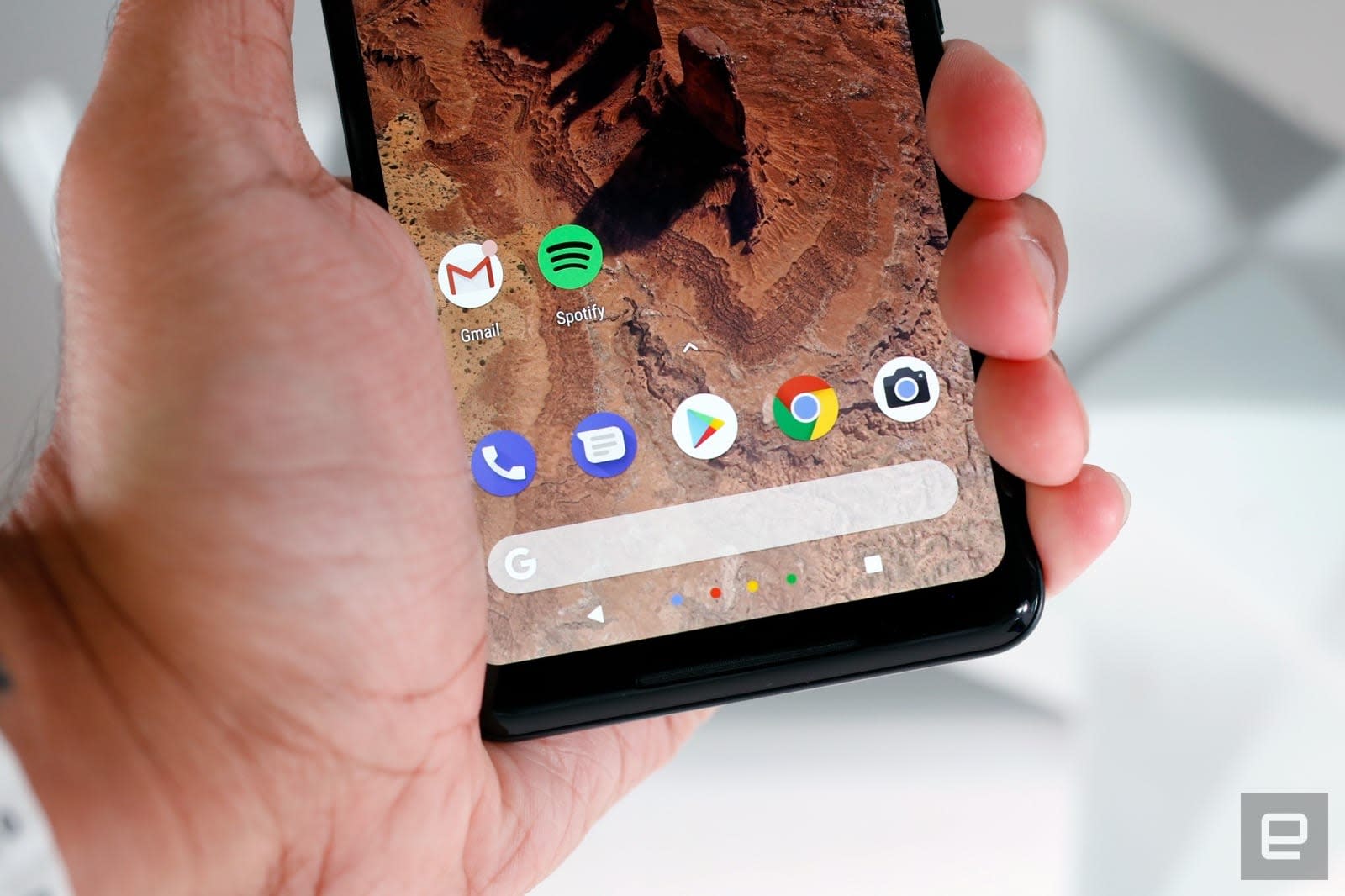 It's well-established that Android P will support notched displays when it arrives later in the year. However, that might not be the only iPhone X-like feature in the finished release. The 9to5Google team has noticed that a Google developer blog post briefly included an Android P screenshot (below) with a very different set of navigation buttons. Instead of the usual three buttons (back, home and multitasking) that have been present for years, the OS includes just a back button and an iPhone X-style strip.

The image doesn't include hints as to functionality, but 9to5Google had previously heard through a source that Google was testing a nav bar where an upward swipe would trigger multitasking, similar to the iPhone X. The back button would also disappear whenever it's not in use, such as when you're visiting the home screen.

We wouldn't bet money on this feature surviving in later releases. Google experiments with features that might be cut or modified by the time a new Android version reaches your hands. It's entirely plausible, however, that Google would show this off between its I/O conference in May and the eventual launch later in 2018. Tall-screened phones are becoming commonplace, and Google might want a clutter-free interface to match. An introduction at I/O would give app developers time to adapt to the change. In this article: android, androidp, gear, google, iphonex, mobile, smartphone
All products recommended by Engadget are selected by our editorial team, independent of our parent company. Some of our stories include affiliate links. If you buy something through one of these links, we may earn an affiliate commission.