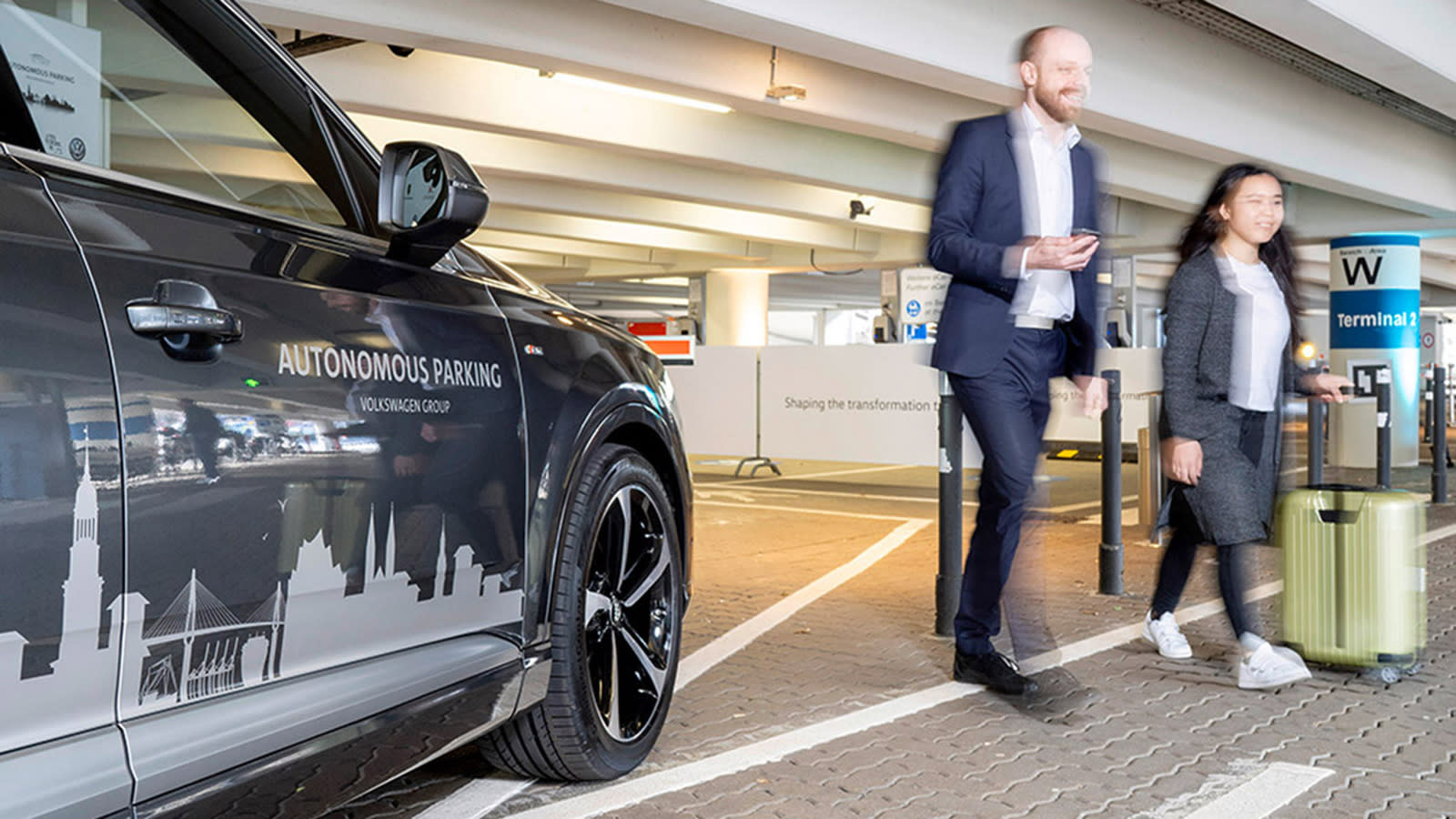 Automakers are fond of experimenting with self-parking cars, but VW intends to make it a practical reality. It's promising that vehicles in the company group (which includes brands like Audi, Bentley, Porsche and Lamborghini) will start including autonomous parking as of 2020. The system will only be available in "selected" parking garages at first, but it relies on pictorial guiding markers that are theoretically usable in any garage.

The system will arrive in two phases. At first, cars with autonomous parking will be guided to a separate area so they don't have to deal with the unpredictability of human drivers. Later, VW is promising to enable "mixed" parking where autonomous and piloted cars share the same areas. And yes, the company ultimately wants support in outdoor parking lots.

It's not certain just which cars get first dibs, but any model with driverless parking will have an "active surroundings recognition system" that can include cameras, radar and ultrasound. We wouldn't be surprised if this arrives in luxury brands first due to costs, but it's more likely a question of when the features reach more affordable brands than "if."

In a sense, this is what you can expect for self-driving features in the near term. Full autonomy might be several years away for VW and numerous other brands, but you don't need that for parking. You're not on public streets, and the vehicle only has to deal with a limited set of challenges in ideal conditions (there's no snow or rain inside, after all). And for many drivers, that might be enough. The pressing concern isn't so much relinquishing complete control as it is eliminating the more painful aspects of driving, and that includes hunting for free parking spaces. Instead of roaming around a garage for minutes on end, you could leave your car at the entrance and focus on reaching your actual destination.

In this article: audi, autonomous, autonomousparking, gear, lamborghini, parking, porsche, seat, self-driving, skoda, TL18SLFPK, transportation, volkswagen, vw
All products recommended by Engadget are selected by our editorial team, independent of our parent company. Some of our stories include affiliate links. If you buy something through one of these links, we may earn an affiliate commission.