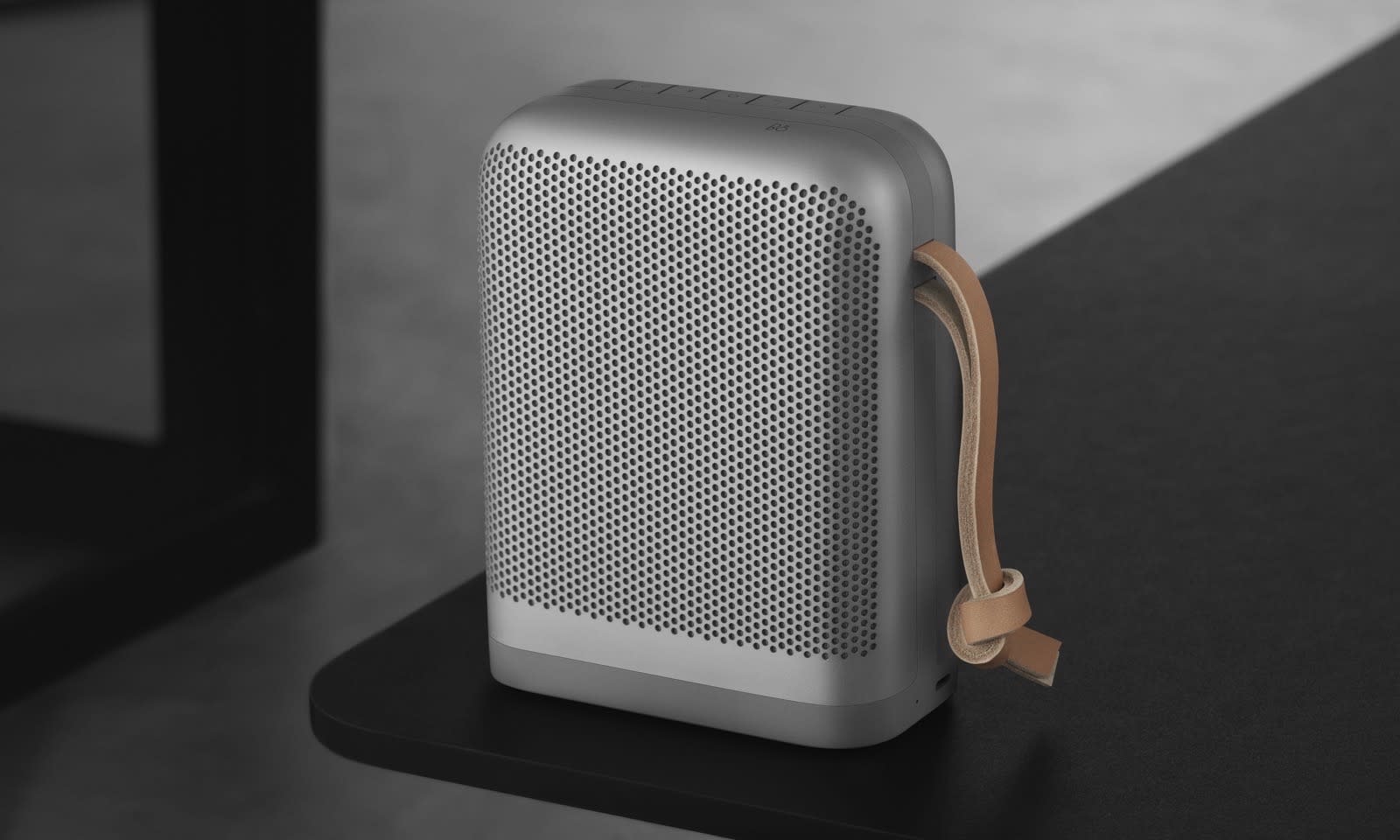 Danish luxury A/V company Bang & Olufsen has launched a number of more affordable speakers under its more approachable B&O Play brand, and today it added yet another option. The Beoplay P6 is the company's latest wireless speaker, offering Bluetooth connectivity with your go-to music-playing device. Like the Beoplay A1 that came before it, the P6 has an aluminum exterior with a leather carry strap. B&O says the design is also dust and splash resistant, so you don't need to worry about taking the device outdoors. Speaking of the great outdoors, B&O says you can expect up to 16 hours of battery life on a charge with the P6. When it does come time to charge up, the Beoplay P6 does so with a USB-C cable -- like a few other recent audio devices from B&O. Along the top, controls for power, Bluetooth pairing, volume and a multi-function button that can be used for a number of tasks. That so-called OneTouch button can be tasked with alerting Google Assistant or Siri on your phone, accepting phone calls or toggling through ToneTouch presets from the Beoplay companion app. While the ToneTouch interface does offer presets, it can also allow you to personalize the audio of Beoplay devices as you see fit inside the aforementioned app.

As is typically the case with B&O Play goods, you'll have to be willing to dig a little deeper to procure the company's mix of style and sound. The Beoplay P6 will cost $399 when it goes on sale April 23rd from the B&O Play website and the company's own retail stores. And yes, you'll also be able to find it third-party retailers. Wherever you decide to look for it, the P6 comes in both black and "natural" (silver) color options and the requisite charging cable will be included in the box.

In this article: 360, audio, av, bando, bangandolufsen, bluetooth, gear, p6, speaker, voicecontrol, wireless
All products recommended by Engadget are selected by our editorial team, independent of our parent company. Some of our stories include affiliate links. If you buy something through one of these links, we may earn an affiliate commission.