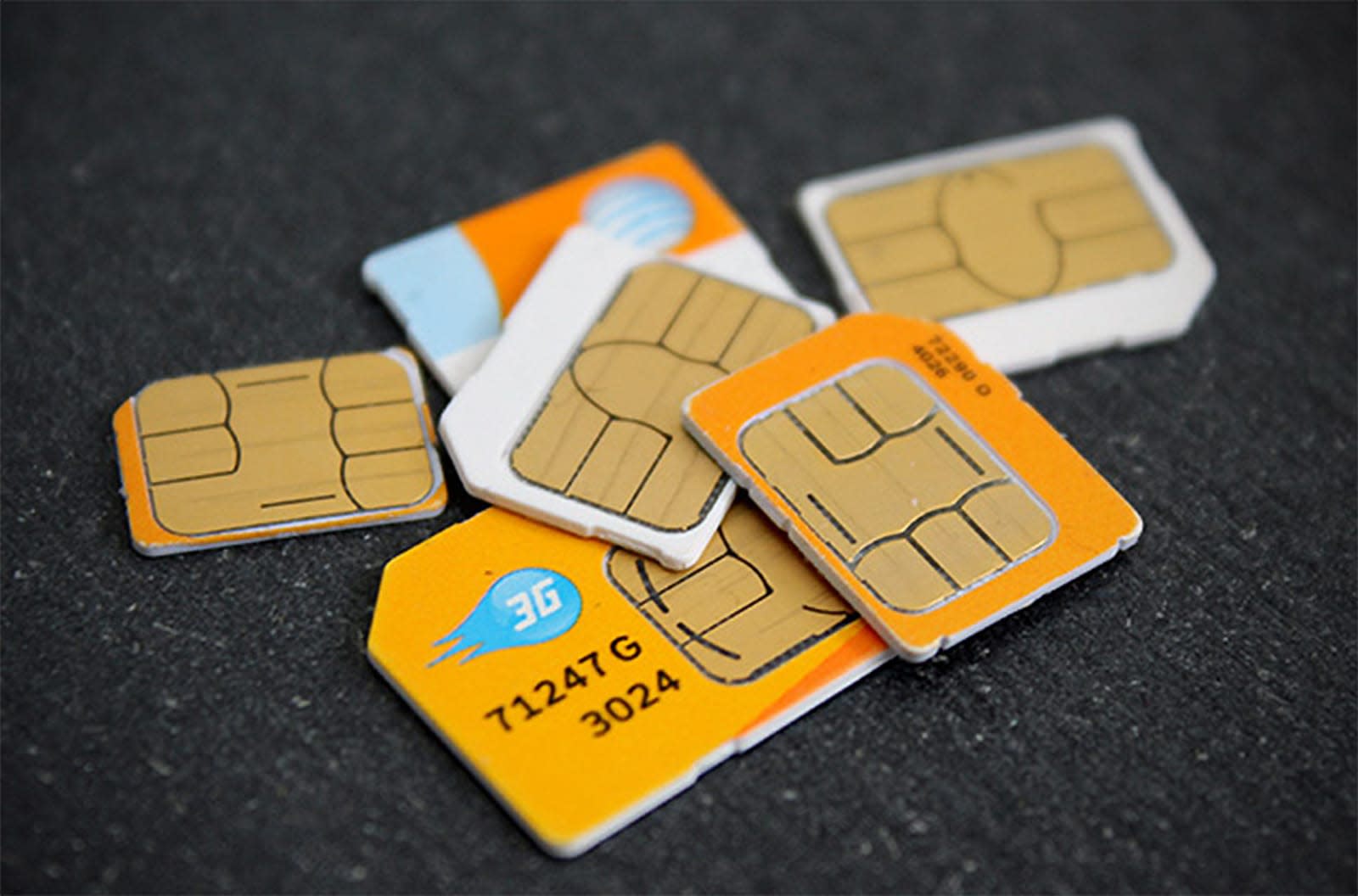 Everyone's favorite word "collusion" has arisen once again, as the New York Times cites multiple sources reporting that the Department of Justice is investigating AT&T, Verizon and the GSM Association (GSMA). According to the sources, the DoJ is looking for evidence that these parties worked together in an attempt to limit embedded SIM (eSIM) technology. While it's supposed to let customers switch wireless carriers without changing out hardware SIM cards, the allegation is that AT&T and Verizon, which combine to cover some 70 percent of wireless subscribers, wanted the ability to lock devices on their network even if they have an eSIM.

Harold Feld, a VP of the consumer protection group Public Knowledge, said he was briefed on a meeting last year where the two carriers pushed for device locking, with Verizon claiming it's needed to protect against theft and fraud. Earlier this year Verizon announced changes to its device locking policy citing the same antitheft reasoning, and carrier shenanigans over device unlocking goes back years.

Last year at Computex eSIM had a major coming out party and we'd hoped that would quickly carry over to more phones. Currently, it's mostly seen in wearables like the Apple Watch and Samsung Gear family, as well as Google's Pixel 2 phone (but only if you're using Project Fi) and Microsoft's Surface laptop.

Bloomberg reports, also based on anonymous sources, that Apple is among the companies complaining about the carriers. It also cites Verizon spokesman Rich Young calling the issue "a difference of opinion with a couple of phone equipment manufacturers regarding the development of e-SIM standards."

Update: According to an AT&T spokesperson, "We are aware of the investigation into GSMA's process for developing eSIM standards that provide a better experience for consumers. Along with other GSMA members, we have provided information to the government in response to their requests and will continue to work proactively within GSMA, including with those who might disagree with the proposed standards, to move this issue forward." The GSMA declined to comment.

In this article: att, devicelock, esim, gear, GsmAssociation, lock, mobile, sim, verizon
All products recommended by Engadget are selected by our editorial team, independent of our parent company. Some of our stories include affiliate links. If you buy something through one of these links, we may earn an affiliate commission.