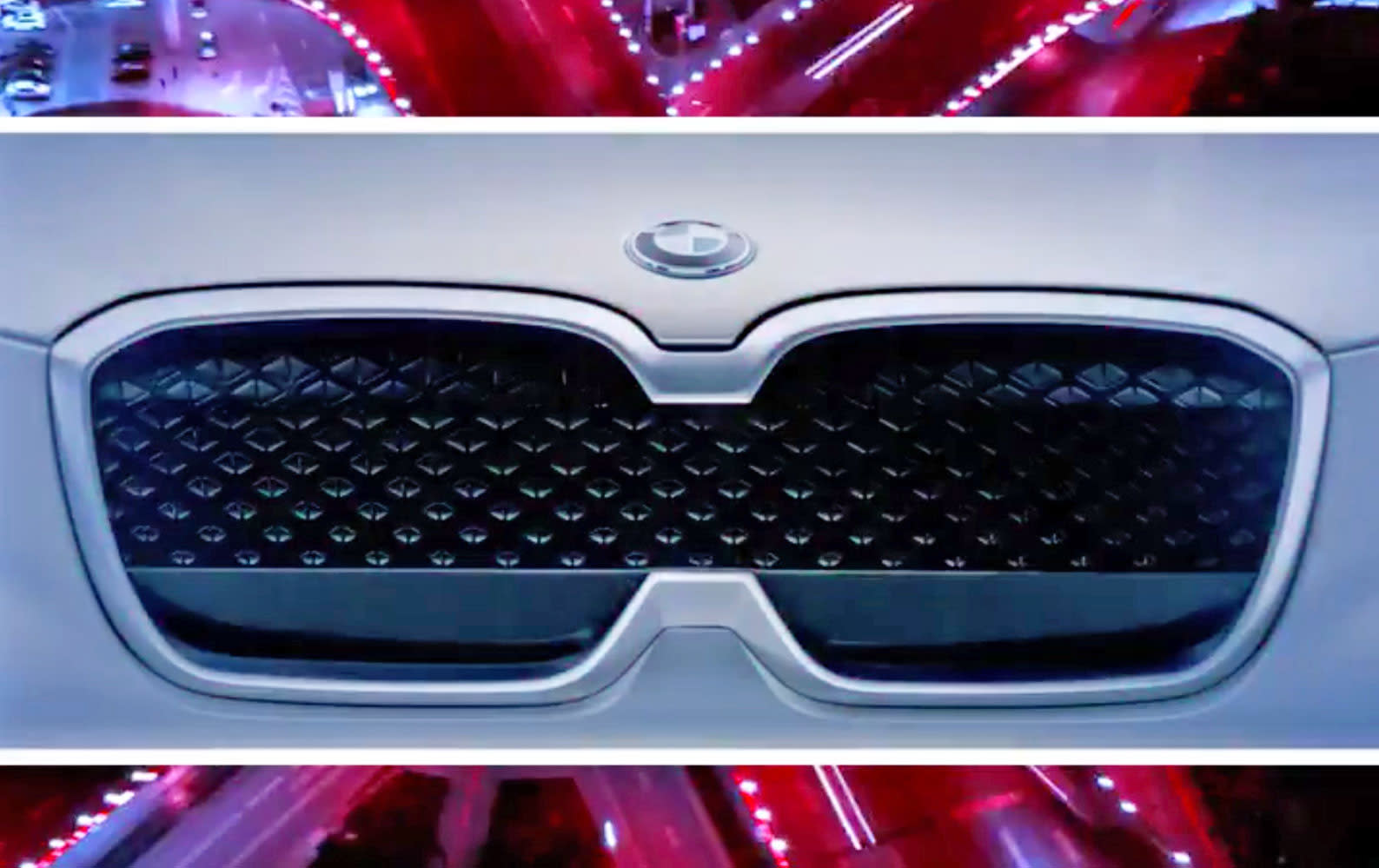 BMW announced back in March that it's debuting a concept version of the iX3 at Auto China 2018 in Beijing. It's the automaker's first all-electric SUV, and it's also the first EV it's launching since it started producing the i3 back in 2013. Now, the company has released a teaser of the 2020 iX3 on Twitter, and while you won't see much of the vehicle at all, the short video does show BMW's iconic kidney grille design morphing into something else.

Unfortunately, company chief Harald Kruger didn't share more details when it confirmed the model's debut. Based on its name, though, it's most likely the electric "i" series version of the automaker's X3 SUV. As Autoblog noted, it's one of the dozens of electric models BMW plans to offer by 2025 and is a product of the company's efforts to expand its EV biz. In addition to working on other electric vehicles, including a coupe and an autonomous luxury car, BMW is also going into EV battery production and is working with other big automakers to develop a Europe-wide charging network.

Auto China 2018 will begin on April 25th, so make sure to check back if you want to see what the iX3 looks like.

In this article: autochina, autochinabeijing2018, bmw, electricsuv, ev, gear, ix3, transportation
All products recommended by Engadget are selected by our editorial team, independent of our parent company. Some of our stories include affiliate links. If you buy something through one of these links, we may earn an affiliate commission.