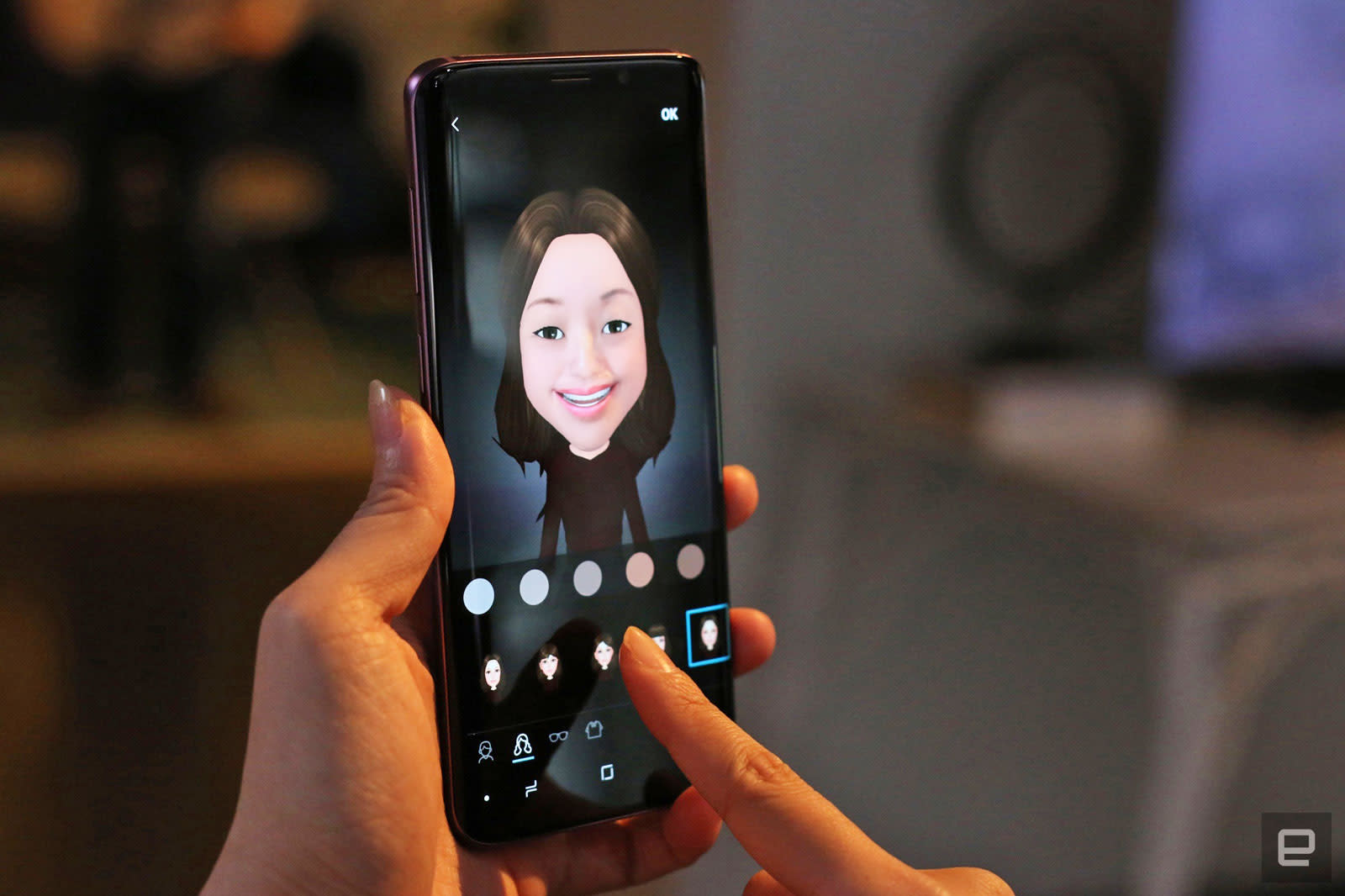 Samsung's AR Emoji may be useful for considerably more than the occasional funny reaction GIF. The tech giant recently received a US patent for a "hybrid visual communication" system that would replace live video of a person with an augmented reality 3D model (basically, AR Emoji) that reflects their facial expressions in real time. This virtual self would stand-in for you during video chats when your connection is flaky, so you could hold a call without the stops and stutters that come with low bandwidth. We'd add that it could be helpful for those moments when you're less-than-presentable but still want to talk face to face. Just got out of bed? You won't look quite so groggy.

The concept could even draw on ambient and biometric data (such as your heart rate or pupil dilation) to gauge your emotional state and reflect that in your avatar.

This is just a patent, and there's no certainty that Samsung will make use of it. The company first filed the patent in March 2016, or a full two years before the Galaxy S9 arrived -- Samsung might have had a chance to implement the technology by now. Even if nothing happens, though, the patent shows that Samsung has been exploring augmented reality avatar uses for a long while.

In this article: aremoji, augmentedreality, gear, internet, mobile, patent, samsung, smartphone, uspto, videochat
All products recommended by Engadget are selected by our editorial team, independent of our parent company. Some of our stories include affiliate links. If you buy something through one of these links, we may earn an affiliate commission.