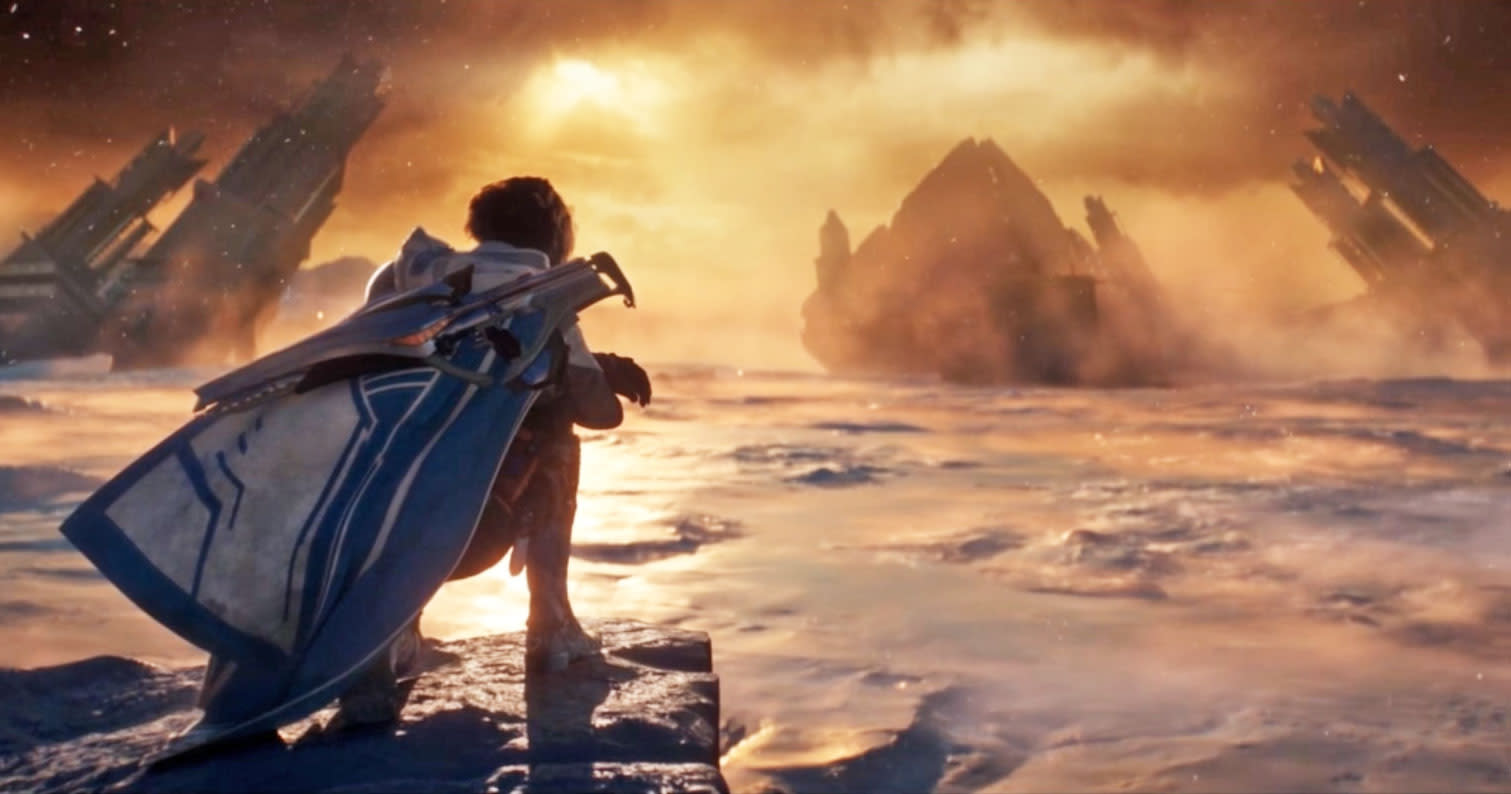 Bungie had teased that the second DLC for its sci-fi shooter Destiny 2, named Warmind after the game's humanity-defending mega-AI, would come out May 8th. In a livestream today, the company finally released details. In addition to a brand-new area in Helles Basin, Mars, players get a new public event and tweaks to almost every exotic in the game, plus a slew of other changes.

Unlike the Martian desert in the original Destiny, Helles Basin is an arctic region where players will fight the frozen Hive faction Grasp of Nokris on the way to confront Rasputin, the rogue Warmind. The region will host a new horde-like public event called Escalation Protocol where groups of Guardians face seven waves of Hive capped by a unique boss -- one of five that will rotate every week. The elite foe drops custom gear so folks will have to wait over a month to collect them all; Since players activate the event, at least it won't be random.

PvP is getting two ranked modes, one for casual (Valor) and competitive (Glory), though the latter will move players up and down the rank ladder as they win and lose games. Every season will introduce a new gun exclusive to PvP for players to earn.

Fans already knew that tweaks were coming for their favorite exotic guns, including Sturm/Drang, Graviton Lance, Skyburner's Oath and Rat King, but the stream also showed off changes to Fighting Lion, Riskrunner, Crimson and the infamous Hard Light.

There will be two new strikes, Strange Terrain and Will of the Thousands, and one coming exclusively for PS4 players: The Insight Terminus. The Leviathan raid will get a second lair called Spire of the Stars, which will arrive after Warmind launches. Finally, the prestige version of Curse of Osiris' raid, Eater of Worlds, will arrive when the game's third season starts.

In this article: av, bungie, destiny, destiny2, dlc, gaming, warmind
All products recommended by Engadget are selected by our editorial team, independent of our parent company. Some of our stories include affiliate links. If you buy something through one of these links, we may earn an affiliate commission.