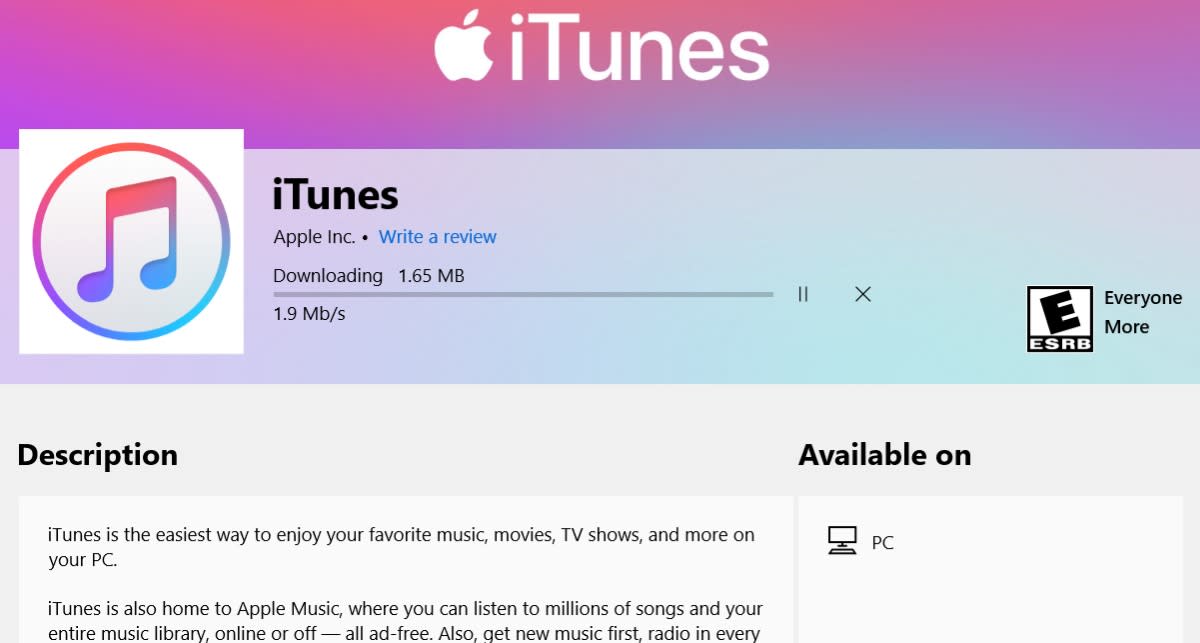 Nearly a year after it was originally announced and several months later than planned, iTunes is finally available via the Windows Store. While functionally it's the same as installing from a regular download the way Windows users always have used the Apple software, its inclusion in the store means it will also work on PCs running Windows 10 S (soon to be S mode). It won't use any less RAM or become any more suited for modern state of media management, but at least it's there. Now, how about Google Chrome?

In this article: apple, gear, itunes, microsoft, personal computing, personalcomputing, windows, windows10, windows10s, windows10smode, windowsstore
All products recommended by Engadget are selected by our editorial team, independent of our parent company. Some of our stories include affiliate links. If you buy something through one of these links, we may earn an affiliate commission.