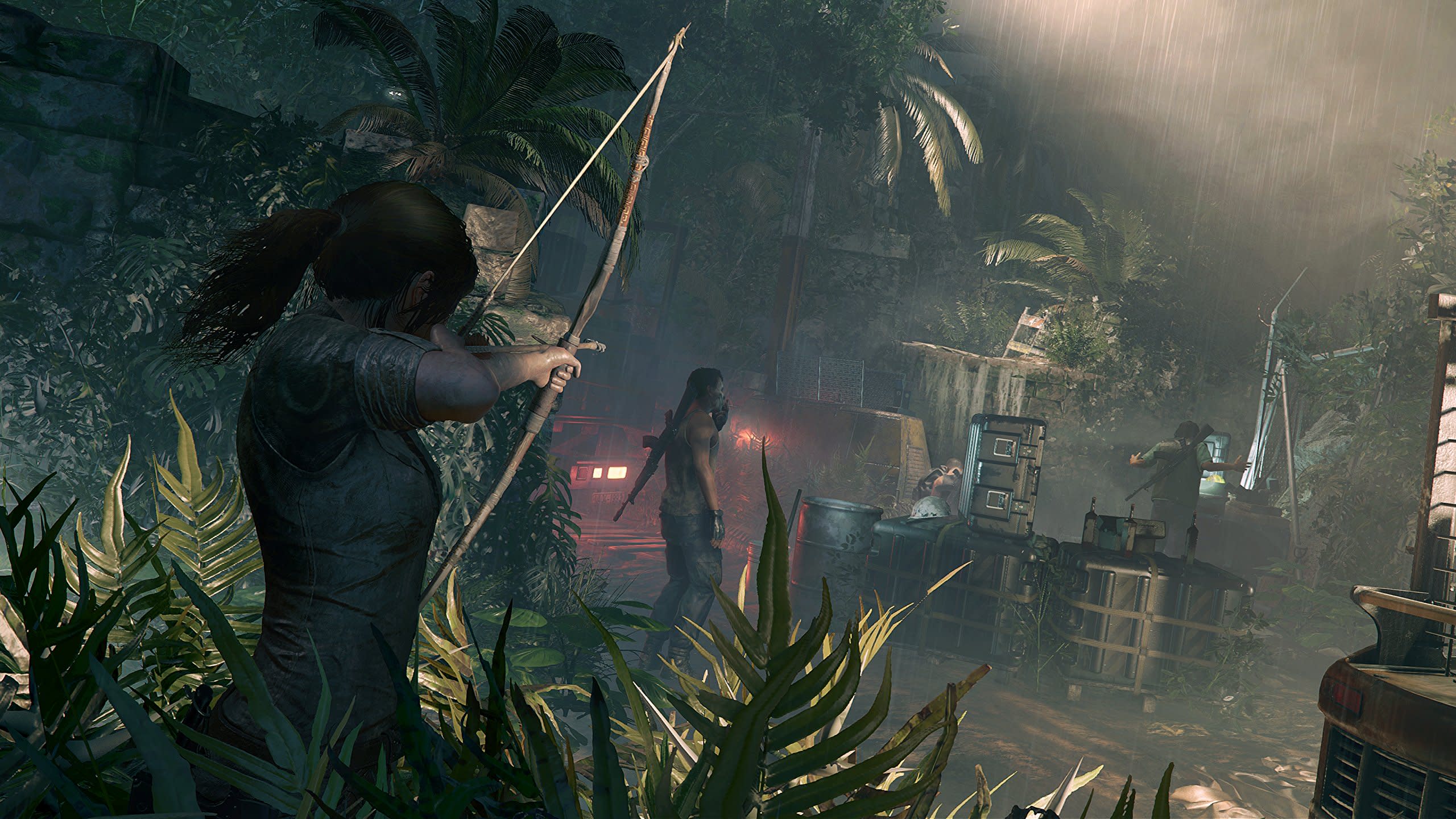 In ‘Shadow of the Tomb Raider,’ Lara Croft has the skills to survive

The jungle is your friend. The water? More of a frenemy.

2013's Tomb Raider redrew the beginnings of Lara Croft. Pretty much a teenager, she learned what she needed to survive. Two years later, in Rise of the Tomb Raider, her skills were refined and she seemed more in control, less hunted.The games did a good job of conveying this through the story and cutscenes and, crucially, the game itself, with skills being unlocked and earned as you progressed. Shadow of the Tomb Raider, then, is where Lara Croft embodies the powerful adventurer of decades past. I played through an early 45-minute preview and while it didn't touch too much on how Lara will grow this time around, she's at least found help in unusual places. I got 45 minutes to play through an early part of the game and started by tracking a man through a busy South American village celebrating the Day of the Dead. It's notable to see Lara walking through a place populated with people, and not having to draw her bow or climbing ax. The village is teeming with people, detail and music -- it's alive. It also feels different to the bleak introductions we've seen in games past. Lara looks slightly more polished in this third outing, despite the early preview build I played on the Xbox One.

There are some heavy Keira Knightley vibes and she's still unmistakably British, in that she doesn't seem to speak a single word of Spanish. She mumbles 'sorry' as she bumps into people, talks at children and the rest of it. Lara can decipher ruins of ancient Mayan civilizations, but an incorrect if understandable 'disculpo' seems beyond her.

While the story does follow on from the two early games, you could join the series at this point and get up to speed pretty quickly. It's typical action movie stuff. The big bad is Trinity: They killed your father and are seeking out an apocalyptic... thing. Lara's hunting for it too, just to ensure the evil organization doesn't get to it. Thus, we're tomb raiding.

Following the stranger soon leads to an excavation site, armed guards and well, trouble. I shoot off two stealth kills (quick-time event style), which are well sign-posted, slick and effective. Quick time events, like in the rest of the trilogy, appear at heated points. You'll want to remember where the 'tool' button is, because that's going to save you from tricky moments scaling cliffs and jumping across chasms.

One of the criticisms of the second game is how you seem to shed all the hard-earned skills from the first game. The games' creators are stressing how these titles act as an origin story, but they still wiped the slate clean on each iteration. While the demo wasn't complete (no tool creation or experience points to assign), right from the outset Lara was wielding rope arrows, Molotov cocktails, several (!) guns and more. Hopefully this is a sign that Lara will start Shadow with the skills becoming of the tomb raider from decades past. She's been through enough in the first two games.

It's also good to see that there are indeed tombs, even in this short demo. Once you've traversed cliffs and had a particularly tense underwater dash, you're faced with a beautiful view of your next challenge: a Mayan pyramid. I found the puzzles challenging but achievable — most of my struggles came from forgetting the Xbox button layout and plummeting off cliffs or into spikes. I didn't manage to finish the demo, but I might have if I was using a DualShock. (That's my excuse and I'm sticking to it.)

Later in the demo, I tested out more stealth kills, weapons and well, more trying not to die. Picking off guards one by one is still your best strategy: I was able to take out three guys in a firefight, but was soon felled by countless other guards. Lara can decipher ruins of ancient Mayan civilizations, but 'disculpo' seems beyond her.

So yes, while this still isn't Uncharted, the demo offers a glimpse at a busier world for Tomb Raider's remake trilogy. Slightly more dramatic camera angles (and a pretty hectic fight towards the end of my demo) suggest things could get dicey and a bit more action-packed more often in Shadow of the Tomb Raider. The Uncharted series has managed to overshadow the recent exploits of Lara Croft, but the two series take different approaches to the Indiana Jones schtick. The third origin story might close the gap in approach, while holding onto both the survival aspects that make the rebooted Tomb Raider series arguably more rewarding games to play. The last two games in the series were made by Crystal Dynamics, but Shadow of the Tomb Raider is being developed by Eidos Montreal (which had previously worked on the Deus Ex series). More action could be one of the consequences to this swap, but I'll have to play the full game to confirm my suspicions.

Leaks ahead of today's reveal suggest old allies will reappear, and during a preview event in London, the team behind the game said cryptically that meeting people, and Lara's social skills, would play an important part in this finale. I'd like to know more about that.

Your most important ally remains the environment around you: large parts of the game will take place in the jungle, with rivers, trees and, apparently, mud offering Lara new ways to stay ahead of Trinity and its countless gun-toting henchmen. At this juncture, however, Croft appears to have everything she needs to overcome them.

'Shadow of the Tomb Raider' arrives on PS4, Xbox One and PC on September 14th.