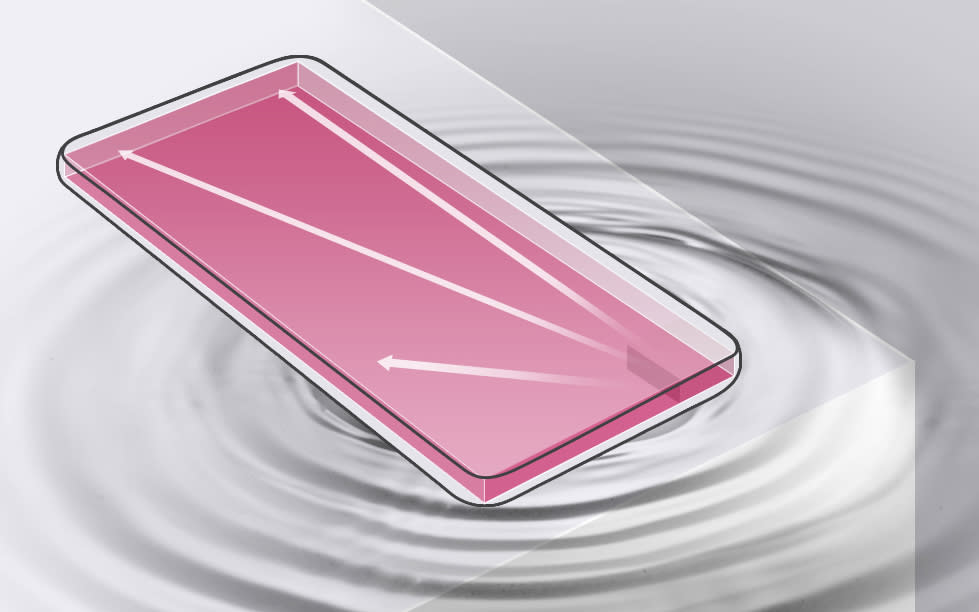 Another day, another LG G7 ThinQ teaser. Following the 1,000-nit super bright display, today the Korean giant decided to boast another feature on its upcoming flagship smartphone: the "Boombox Speaker." As the name implies, we're told to expect a speaker that "increases the base sound level by more than 6dB with twice the amount of bass." According to LG's measurements, this apparently translates to more than ten times the loudness than that of a typical smartphone, which is surprising given the usual physical limitations. As a bonus, the bass can be further amplified when you place the device on a solid surface or box.

LG didn't give away the whole story in its teaser, but in short, the Boombox Speaker relies on a special resonance chamber design within the phone. The attached image even suggests that the speaker is somehow using the device's whole body, which claims to offers more than ten times as much resonance space than conventional smartphone speaker modules. We'll try to find out more about this intriguing design at the launch, and hopefully the audio sounds as good as it promises to be.

There's also good news on the headphone side. Like recent LG flagship phones, the G7 ThinQ will also be packing a Hi-Fi Quad DAC to please high-end headphone users. What's new this time is the addition of DTS:X support -- apparently the first for smartphones -- which brings 3D surround sound effects at up to 7.1 to the user, even when normal headphones are used.

Obviously, we'll need to see how good the Boombox Speaker and the DTS:X feature are in real life, but at least on paper, the former will likely become a much-welcomed experience -- something that LG's mobile division desperately needs in order to sell more units.

In this article: audio, boomboxspeaker, dtsx, g7, g7thinq, gear, lg, mobile, quaddac, smartphone, speaker
All products recommended by Engadget are selected by our editorial team, independent of our parent company. Some of our stories include affiliate links. If you buy something through one of these links, we may earn an affiliate commission.