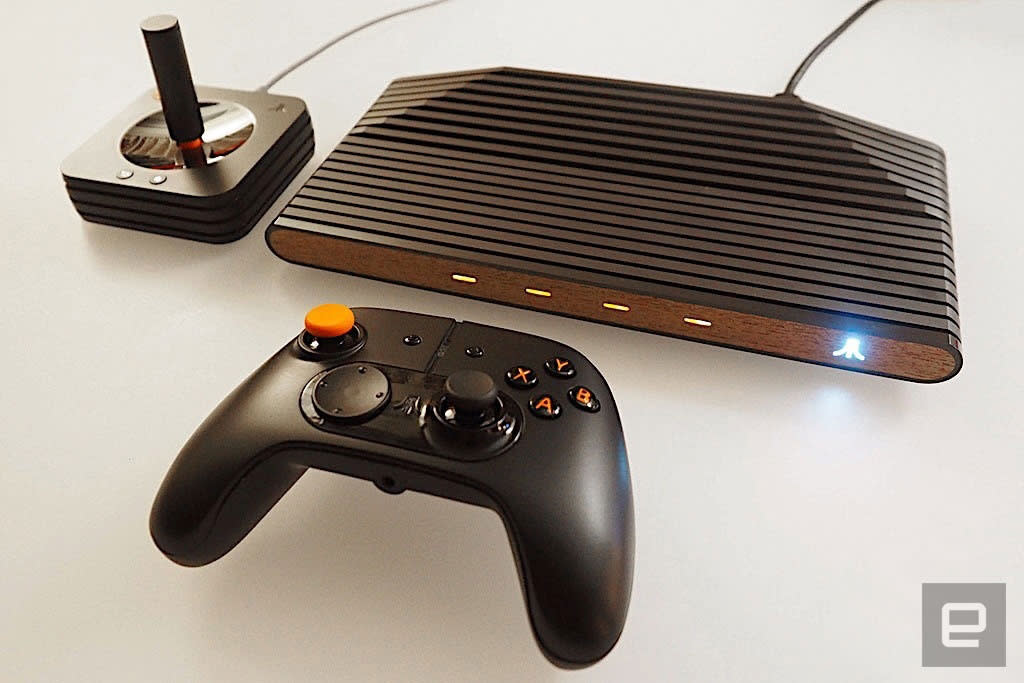 Nearly a year after it was first revealed, retro gaming enthusiasts will finally be able to order the Atari VCS beginning May 30th via an IndieGoGo crowdfunding campaign.

Atari will be offering two versions of the gaming system: a "time-limited" Collector's Edition featuring the faux wood-front panelling and the $200 Onyx Edition, which is just black. Oddly, it doesn't appear that either of these options will include a controller as the announcement reads "other packages will include the Classic Joystick and Modern Controller."

We're also finally getting a hint at the system's capabilities. Atari announced on Monday that it has partnered with AMD for the console's processor. The VCS will support 4K resolutions, HDR and 60fps gameplay. It will offer both internal and external storage, built-in WiFi, USB 3 and Bluetooth 5 capabilities.

The company is still tight-lipped as to what you'll actually be able to do with the VCS, however. The system will come pre-loaded with Atari Vault, a 100-plus game collection of classic Atari games like Asteroids, Centipede and Missile Command. It will also reportedly be able to support "a full range of popular modern titles" though nobody knows what those will entail as of yet.

After the IndieGoGo campaign has concluded, Atari expects to begin shipping the VCS in the Spring of 2019.

In this article: 4K, AMD, atari, console, gadgetry, gadgets, gaming, HDR, Indiegogo, retro, VCS
All products recommended by Engadget are selected by our editorial team, independent of our parent company. Some of our stories include affiliate links. If you buy something through one of these links, we may earn an affiliate commission.