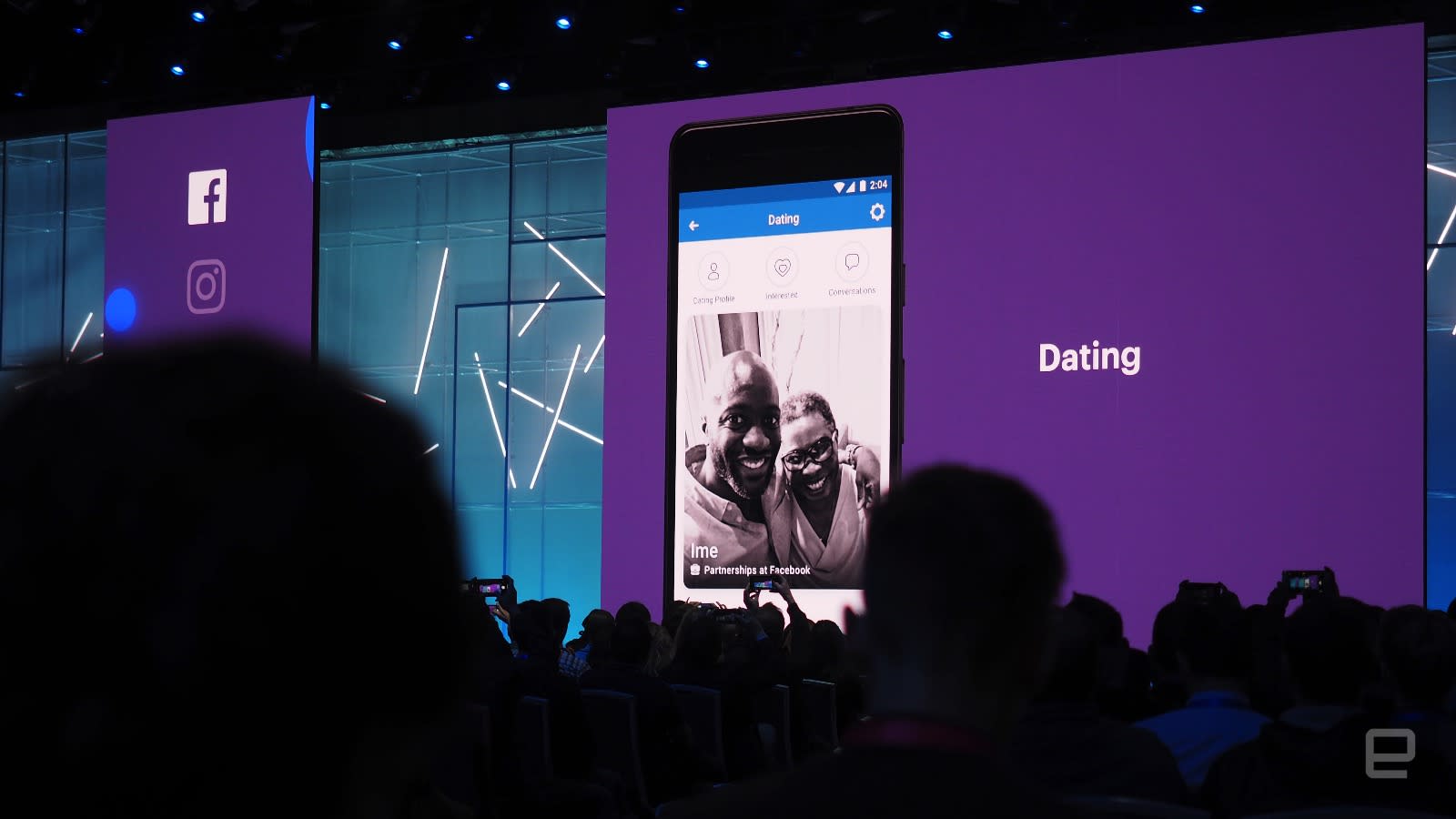 During the F8 developer conference keynote today, Mark Zuckerberg announced that Facebook will be launching a dating feature. The CEO said that people often tell him that they met on Facebook and since so many relationships now being online, a dating feature seemed like a logical next step.

Of course, a dark cloud of data privacy concerns are hanging over the conference and in light of that, Zuckerberg made sure to note that the upcoming tool was designed from the beginning with privacy and safety in mind. The dating feature won't suggest any of your Facebook friends as a match and your friends, even those that have also opted into the feature, won't be able to see your dating profile. And only your first name will be displayed.

Other dating services have been strongly tied to Facebook in the past and it helped them gain the strong user rates that they currently host. Tinder users, for example, weren't able to sign into the app after Facebook updated its developer frameworks in the name of data privacy last month. But some of these dating apps have started to pull away from Facebook. Following news of the Cambridge Analytica scandal, Bumble changed its registration procedure so that users no longer had to sign up with their Facebook account.

With Facebook's dating feature, a user can set up a profile that will be separate from their regular profile and nothing connected to their dating feature activities will ever show up in News Feed. Once they've opted into the feature, a user can look through groups and events to find people they might be compatible with. For example, it someone sees an event they're interested in, they can unlock it and doing so will open their dating profile up to others who have also unlocked that event. They can then browse through those individuals and start a conversation in a private messaging inbox. And the text-only conversation won't be in any way linked to Messenger or WhatsApp.

Facebook didn't give a launch date but says more information about the dating feature will be shared in the next few months.

In this article: Bumble, cambridgeanalytica, dataprivacy, dating, f82018, facebook, gear, internet, privacy, security, services, tinder
All products recommended by Engadget are selected by our editorial team, independent of our parent company. Some of our stories include affiliate links. If you buy something through one of these links, we may earn an affiliate commission.