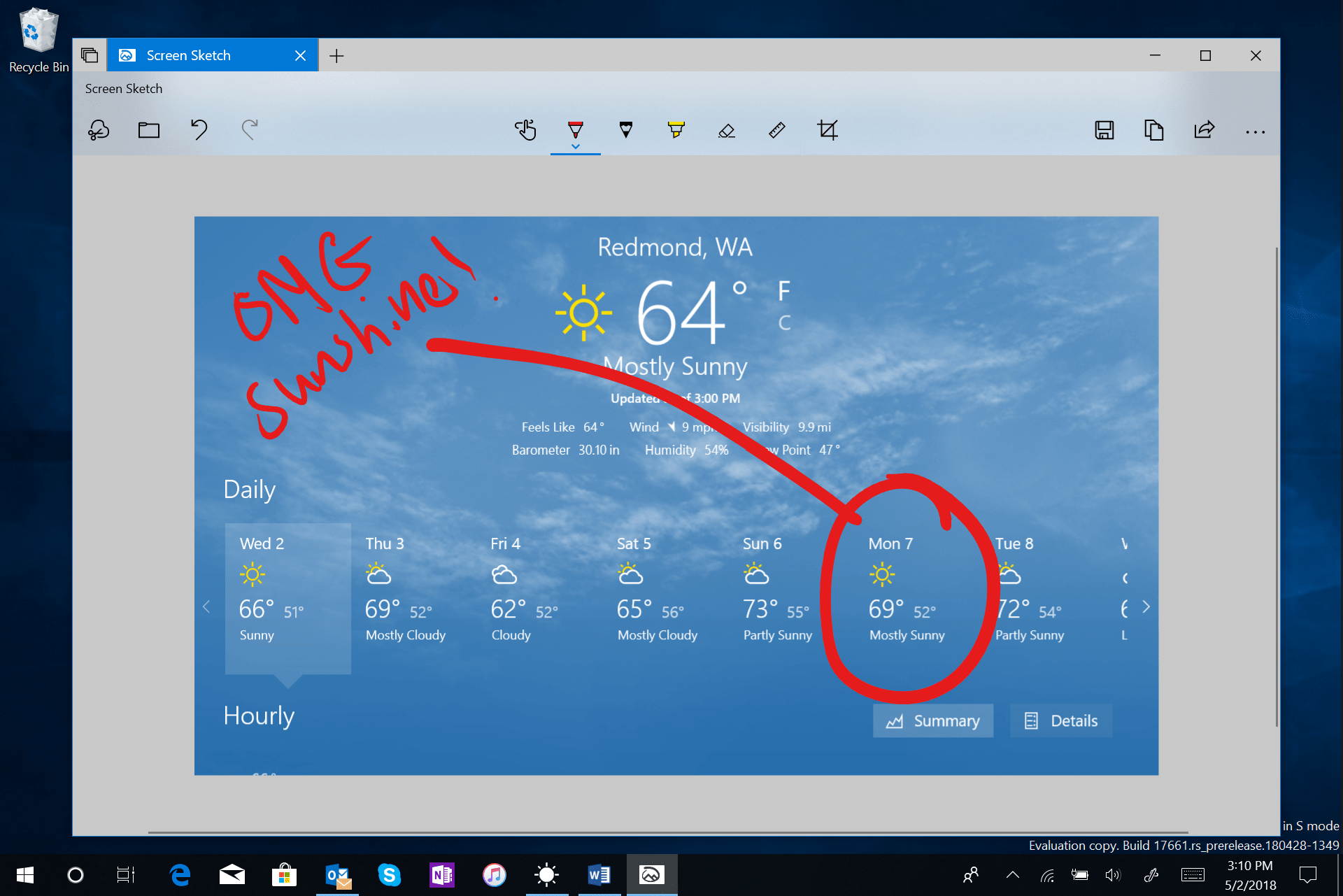 The next Windows 10 Insider preview build includes a lot of trial features -- including a new way to take screenshots. Instead of putting its Screen Sketch tool behind the Windows Ink menu, it's now a standalone app. Users will be able to summon it with a shortcut (winkey + shift + S). But instead of capturing the full screen, the updated feature operates like the 'snipping tool' that drags an area to save as an image.

Plus, you can even replace the standard print screen functionality with the new Screen Sketch tool. You'll also be able to get a quick "screen snip" button in the Action Center. And anyone with a digitally-interfacing pen can set it to snip on a single clip. The Windows team's post noted that these changes are based on feedback, so keep speaking up if the screenshot functionality could still be improved.

In this article: gear, microsoft, personal computing, personalcomputing, windows, windows10
All products recommended by Engadget are selected by our editorial team, independent of our parent company. Some of our stories include affiliate links. If you buy something through one of these links, we may earn an affiliate commission.