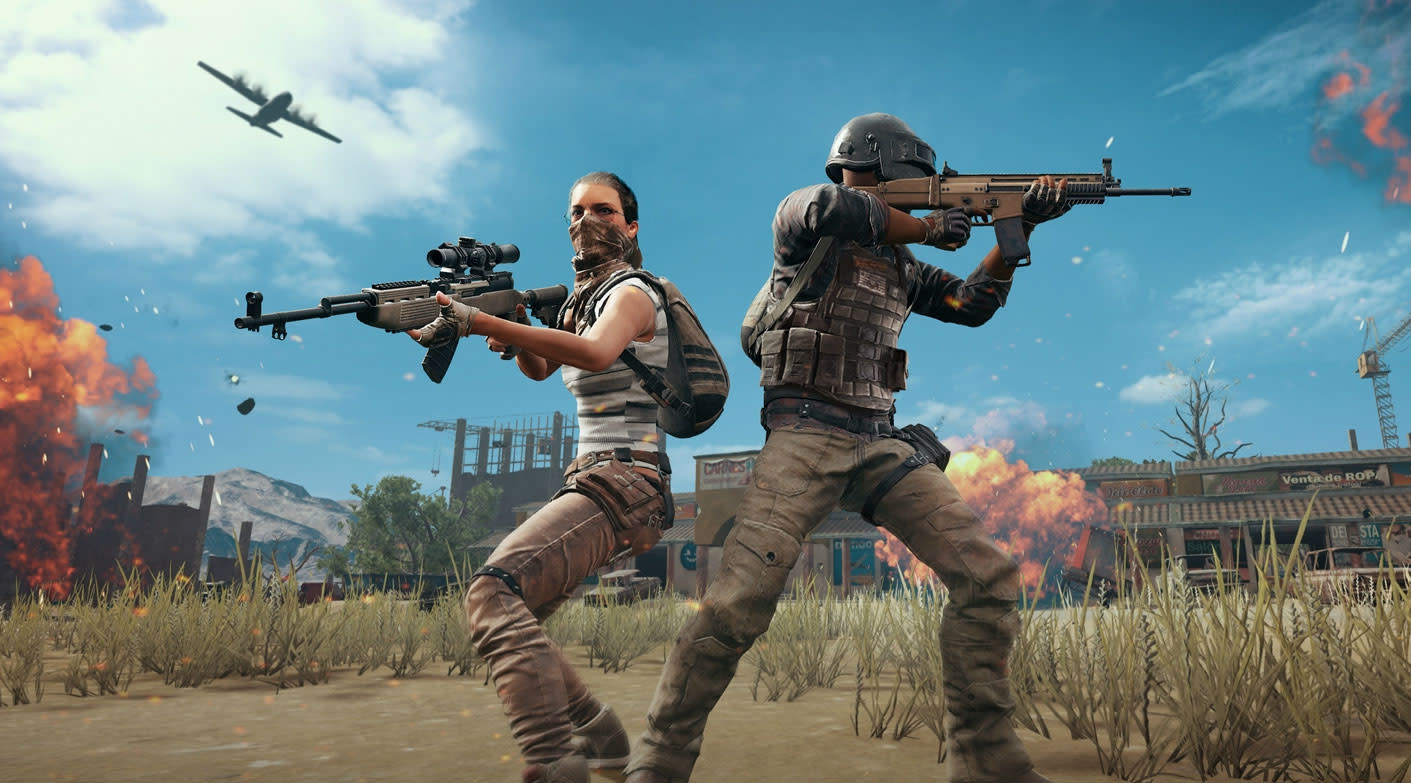 PlayerUnknown's Battlegrounds players can now opt to avoid the much-maligned desert map, as the game's map selection feature is now available on PC. You can select which map or maps you'd like to play on, though there are currently only two choices -- original island Erangel and desert locale Miramar. It's not clear when the smaller map being tested will hit the live servers to offer a third option. If a player selects more than one map, the game will choose which to toss them into.

The latest patch also adds a new car, weapon attachments and a designated marksman rifle, as well as some weapon balance changes. Pistols deal a little more damage and most sub-machine guns received a boost. On the other hand, several shotguns and assault rifles now deliver one fewer damage point per round.

The map selection option distinguishes PUBG slightly from other popular shooters, since Fortnite has just one ever-changing map and Overwatch players have no choice over the map into which they're funneled. Organizing players into separate queues might lead to longer wait times for a match, especially if there's a big imbalance in the number of people trying to get into one map. Some players hated Miramar so much they deleted the map from their game files to avoid playing on it, so map selection is likely to prove a popular feature.

PUBG also has a new War Mode event, in which 10 teams of five duke it out on Miramar. After each death, players respawn on one of the planes that fly over every 40 seconds and drop in with a gun, grenades, helmet and vest already in their inventories. Teams earn points through kills and knockdowns, and the first squad to 200 points wins.

Finally, PUBG has placed a temporary block on players trading items outside of the Steam market. The "personal trade" feature was intended to let friends swap items without any money changing hands, but, inevitably, some players sold their skins through third-party sites. That's "an abuse of the system," PUBG Corporation said in a blog post, so it's turned off personal trades while it finds a solution.

In this article: av, gaming, mapselector, playerunknownsbattlegrounds, pubg, steam
All products recommended by Engadget are selected by our editorial team, independent of our parent company. Some of our stories include affiliate links. If you buy something through one of these links, we may earn an affiliate commission.