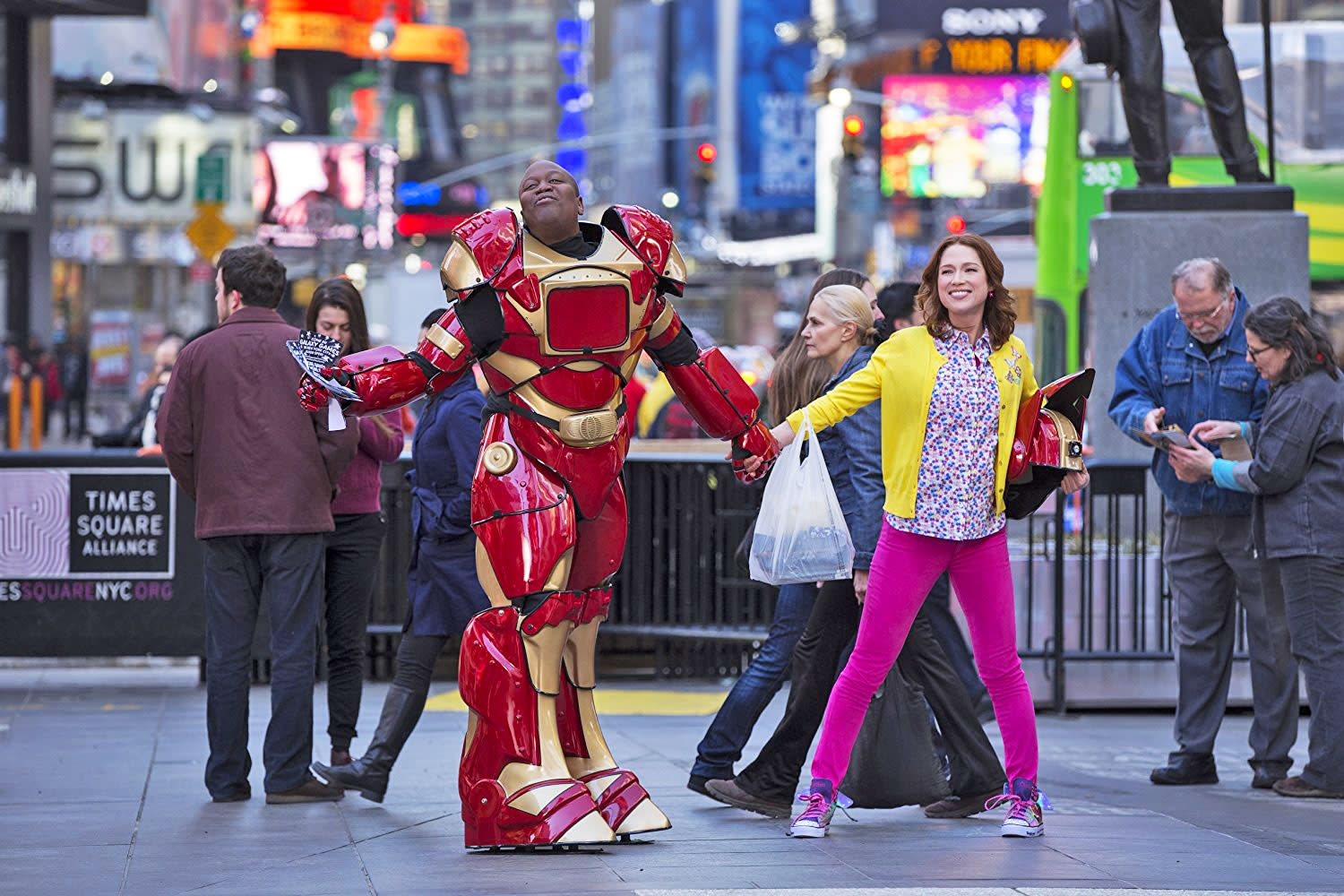 Kimmy Schmidt's adventures outside her doomsday cult leader's underground prison might be coming to an end after its upcoming season. And according to Deadline and The Hollywood Reporter, her journey could end on a screen much bigger than the one in your living room: the show's producer, Universal Television, is reportedly in talks for a movie that would wrap up the critically acclaimed comedy show. Unbreakable Kimmy Schmidt, which was co-created by Tina Fey, was supposed to be an NBC series, but it went to Netflix when the service signed it up for two seasons in 2014 before it even debuted.

The show revolves around Schmidt's life after she was freed from an underground bunker, where she was held captive for 15 years by a doomsday cult reverend who kidnapped her when she was 15. Its fourth season be available for streaming on May 30th, or at least the first six episodes will be. Netflix is splitting it in half and will launch the other seven episodes at a later date. Deadline says word is that everyone involved with the show feels it's time to say farewell after 50 episodes -- whether they go out with a bang on the big screen or on Netflix remains to be seen.

In this article: entertainment, internet, netflix, UnbreakableKimmySchmidt
All products recommended by Engadget are selected by our editorial team, independent of our parent company. Some of our stories include affiliate links. If you buy something through one of these links, we may earn an affiliate commission.