Its effects can be felt on computers to this day.

There are few individual computer models that have left a lasting mark on the industry, but you can definitely put the iMac on that list. Apple introduced its signature all-in-one desktop at a special event on May 6th, 1998, and it's safe to say the system has had a lasting impact on technology at large. At the same time, the iMac has also been a symbol of the cultural zeitgeist, including for Apple itself -- it shows how the company evolved from an underdog in a Windows world to a behemoth focused more on phones than PCs. The iMac has had a long journey, but it's worth following to see just how much the industry has changed in the past 20 years.

The very first iMac may seem quaint today with its 15-inch CRT screen, tiny 4GB hard drive and decidedly late '90s translucent styling, but at the time it was a minor revolution in... well, just about everything. This was a departure from the beige boxes that defined most PC designs, and it was designed from the ground up for internet access at a time when the feature was still far from ubiquitous -- that's primarily where the "i" in iMac comes from. It also helped usher in the USB era. While USB was certainly available before the iMac, Apple's complete shift away from the floppy drive and legacy ports (combined with Microsoft's improved USB support in Windows 98, to be fair) prompted many companies to build USB peripherals and jumpstart adoption of the universal connector.

And it's no secret that the iMac was instrumental to Apple's comeback. Its commercial success revitalized Apple after years of business blunders, giving it the financial runway to expand as well as a clear focus: Apple would be focused on ease of use, simplicity and design from here on out. It was also instrumental to the career of legendary designer Jonathan Ive -- it was the project that cemented his reputation for minimalist yet memorable products. 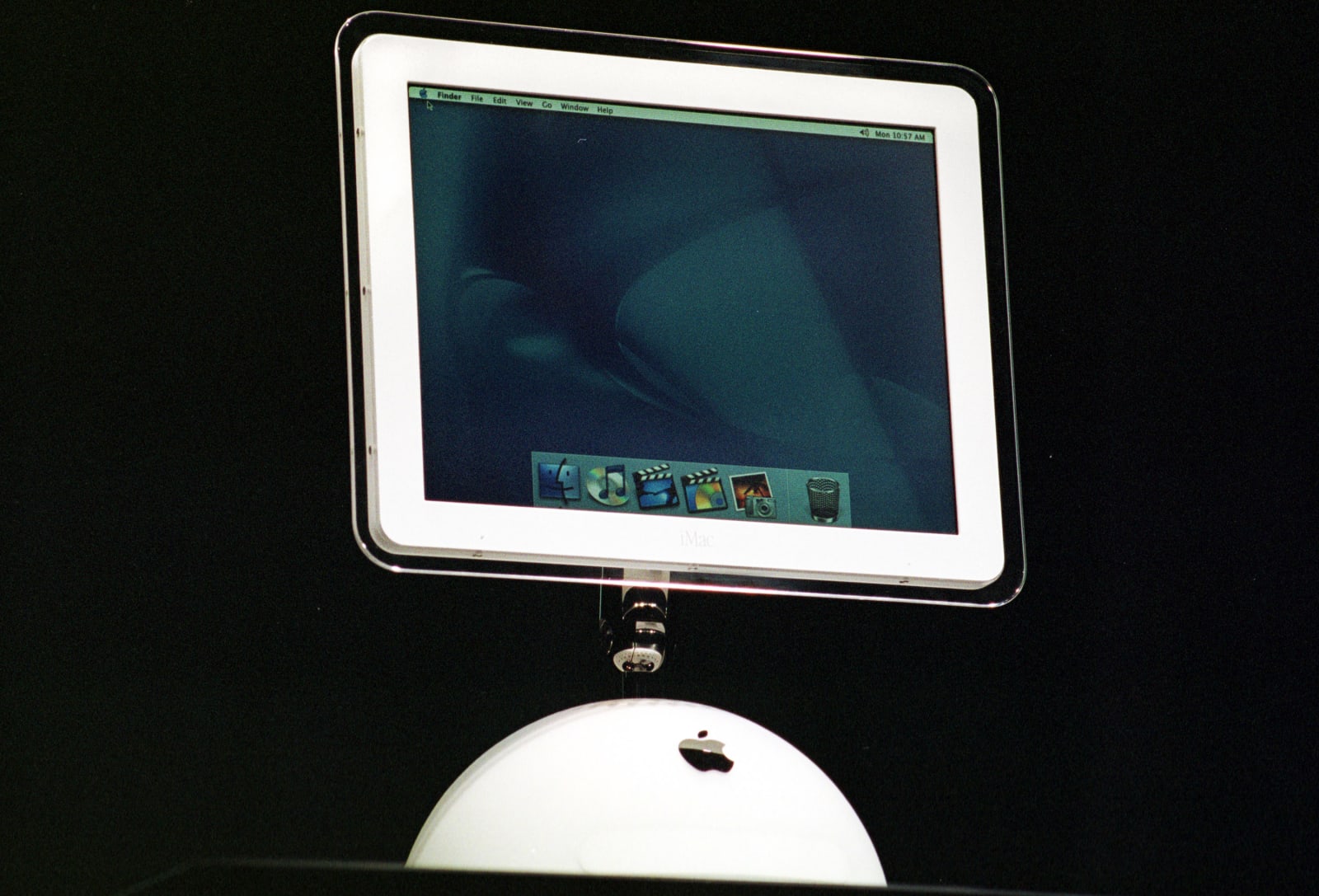 Apple faced a difficult problem as the original iMac line reached its twilight. How do you follow up on an iconic computer when its defining feature, the tube display, was outdated? For Apple, it was simple: design something even more radical than its predecessor. The 2002-era iMac G4 took its inspiration from a sunflower, putting its then-impressive 15-inch LCD (later models would jump to 17 and 20 inches) on a neck that let the display tilt and swivel while preserving Apple's all-in-one design.

It wasn't as big a hit as its predecessor, as high prices and the trailing performance of PowerPC chips did it no favors. However, it was central to Apple's digital hub strategy (where the Mac was the center of your media creation and playback) and helped spur technological concepts like digital cameras and home movie editing. It also showed that Ive wasn't afraid to mess with success -- one of his defining traits over the past 20 years.

The iMac G5 and Apple's leap to Intel 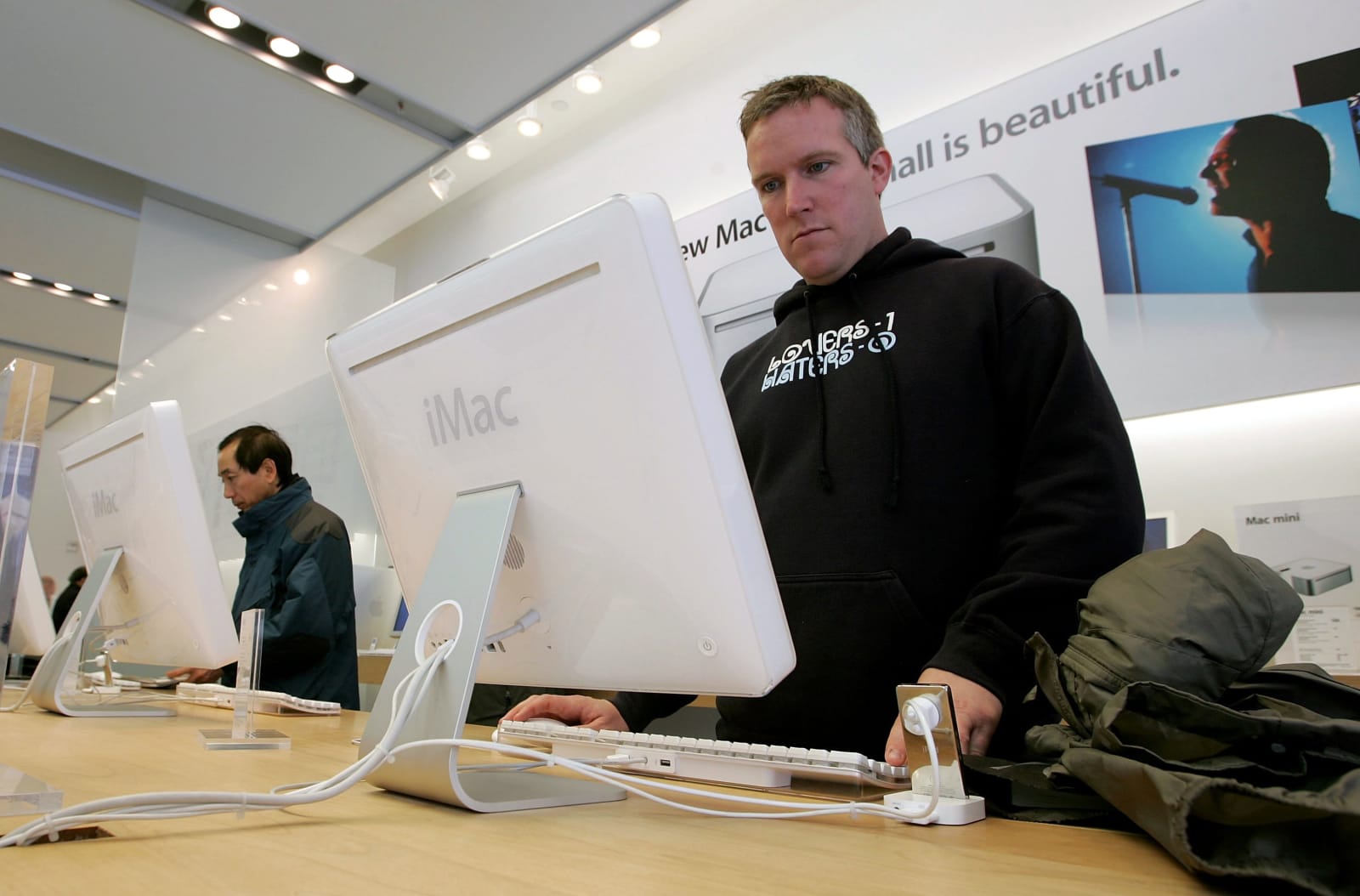 The iPod had barely been around for a few months when the iMac G4 arrived, but it had become the star of the show by 2005 -- and Apple wanted a computer that was a perfect complement to its popular music player. The result was the iMac G5, a 17- and 20-inch all-in-one that borrowed more than a few pages from the iPod's design book even as it broke some ground of its own. It brought a much-needed speed boost (Apple finally had a reasonably fast 64-bit CPU in a home machine), but it also introduced the distinctive floating-computer-on-a-stand design that Apple uses for iMacs to this day. Later models also helped popularize desktop webcams and served as Apple's first experiments with media hubs through its Front Row interface. If you owned an early Apple TV, you could trace its roots back to this machine.

However, many will know this design for another reason: the iMac was Apple's first production Intel-based machine. The very first x86-based Mac was virtually unchanged on the outside from the iMac G5, but it was both faster and could do things unheard of for any Mac, such as dual-booting Windows. That Apple led its processor switch with the iMac said a lot about both the flexibility of its design (it wasn't nearly as exotic as the circular iMac G4) its symbolic importance in the lineup. 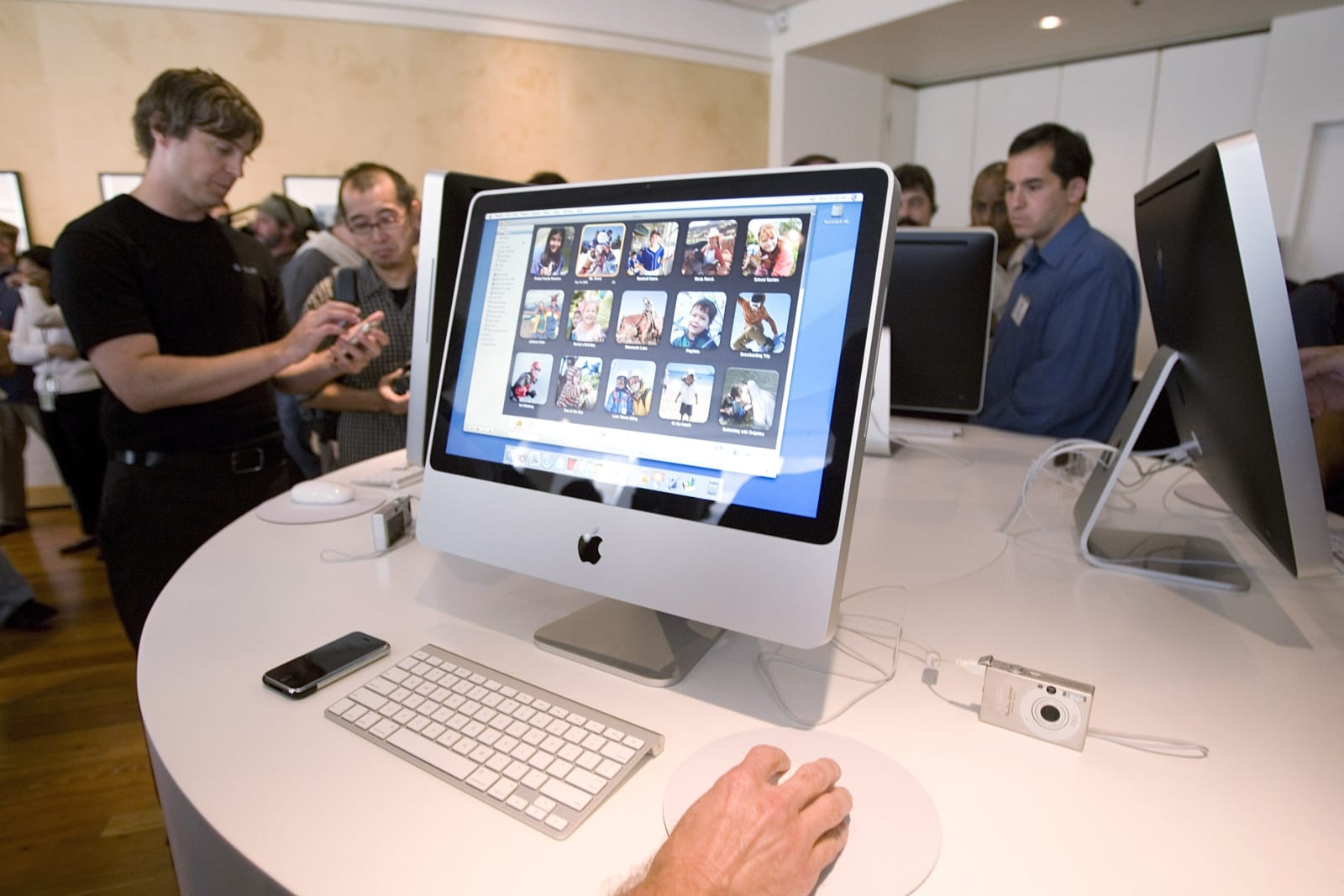 Up until 2007, iMac designs always had a certain amount of whimsy to them that indicated they were for home users. The aluminum iMac changed all that. Its metal-and-glass design was not only reminiscent of the original iPhone, but decidedly more sober, as if it was destined for your office. Its feature set reflected that, too. Apart from larger 20- and 24-inch screens, the aluminum iMac touted dual-core processors and options for a wireless mouse and keyboard. While the iMac was no longer turning the industry on its ear, it had clearly matured a lot in the space of a decade.

Later aluminum models were refinements of the 2007 version's basic formula, but they mirrored the evolution of both the wider tech industry and the iMac's role -- it was becoming an entry-level pro machine in a period where laptops and smartphones were taking over. The unibody iMac (from 2009 onward) touted a 27-inch display and quad-core processors, with later models helping to introduce Intel's high-speed Thunderbolt port. The 2012 iMac, meanwhile, symbolized the death of the optical drive as people turned to cloud services and streaming video instead of burning backup discs and watching DVDs. It was far from the centerpiece of Apple's lineup by that point, but ther was no question that it showed where Apple was going.

The iMac as workstation: Retina Display and iMac Pro By 2014, the computing landscape was much, much different than in 1998. Smartphones and tablets were putting a serious dent in PC sales, and the iMac was being asked to fulfill roles that would have been unimaginable for an all-in-one in the '90s, such as pro-level media editing. Apple's solution? Lean into the iMac's growing importance as a workhorse. The iMac with Retina Display packed one of the first 5K screens on the market, and with an aggressive price to boot. Many stand-alone 5K displays at the time cost more than the entire iMac, making it a bargain for creatives who valued resolution over a modular design.

And if you need evidence of exactly how much the iMac and Apple have changed in 20 years, you need only look at the iMac Pro. It's arguably a stopgap system for customers waiting for the redesigned Mac Pro, but it represents an almost complete inversion of Apple's strategy. Where the 1998 system was built to be accessible for computing rookies, the iMac Pro is strictly for demanding work between its Xeon workstation processor, pro-level graphics, SSD storage and its eye-watering $4,999 starting price. It's far from a "computer for the rest of us," as Apple used to say, but that's also because computers themselves are no longer the all-purpose devices they used to be.