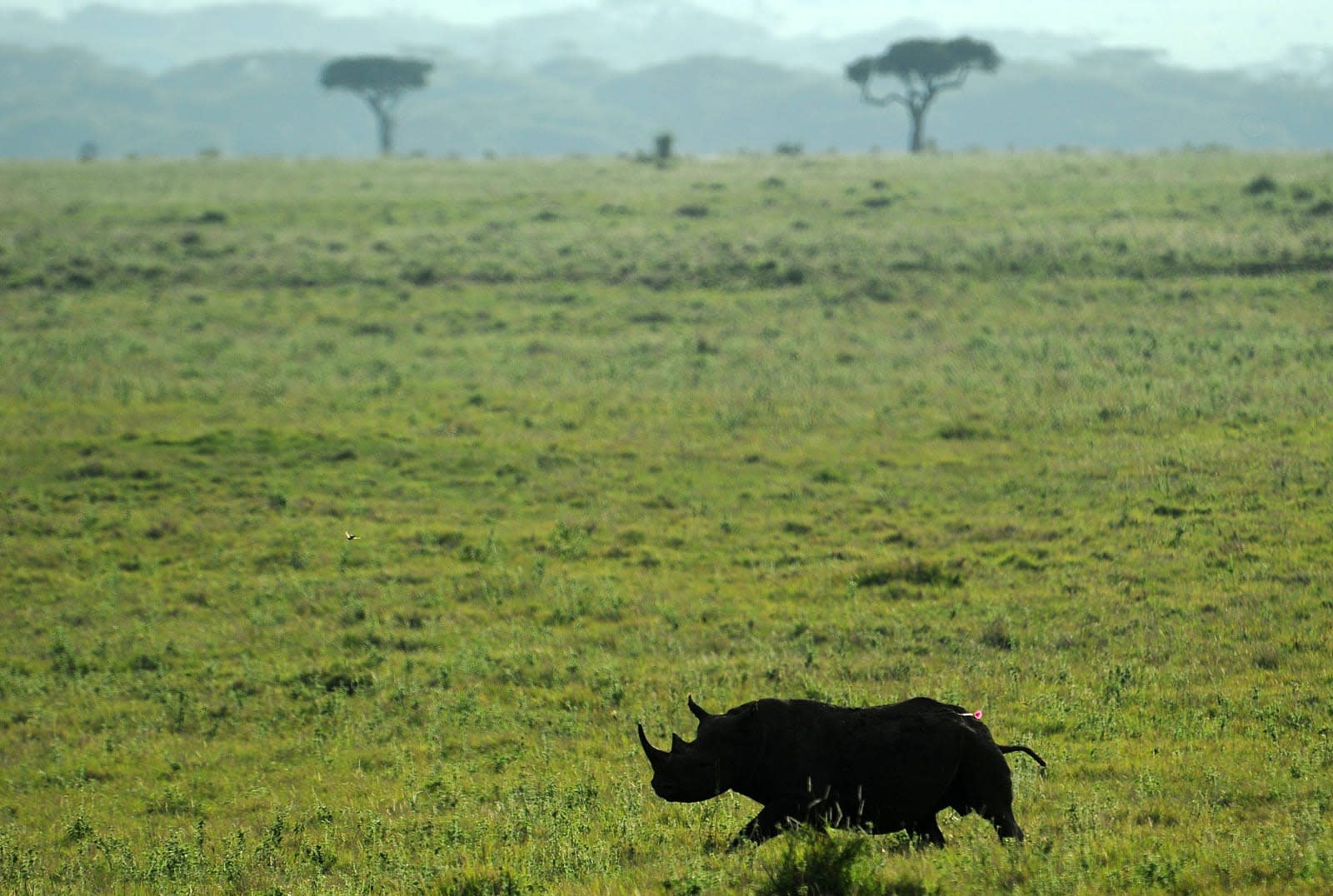 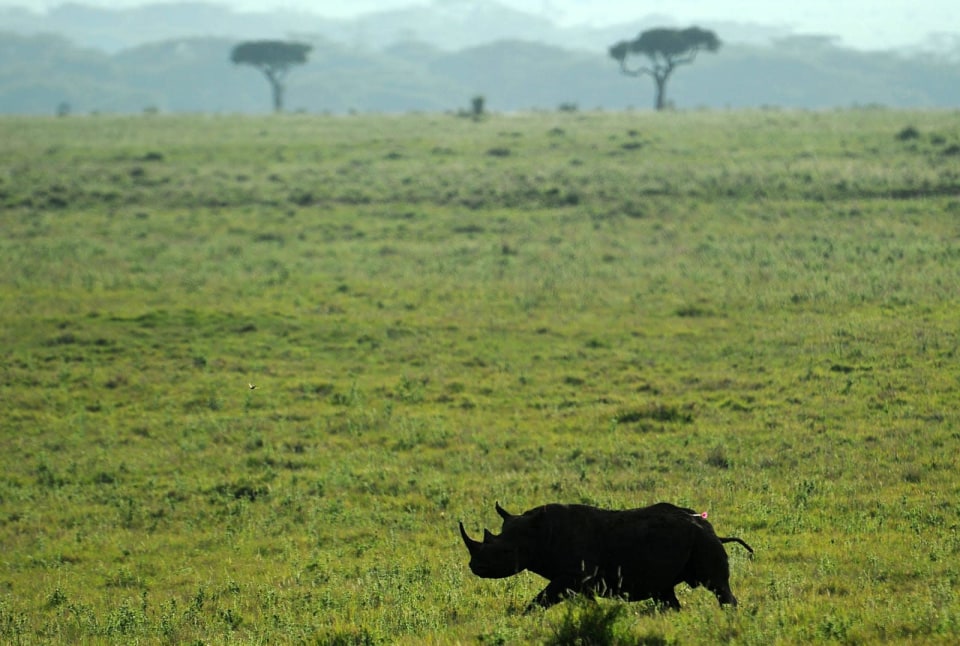 Most of us don't think about rhinos on a daily basis. We're too consumed with maintaining inbox-zero or making sure our cat is healthy. When the last male white northern rhino died in March, the impact on most of us was minimal because the now-extinct 2-ton mammal wasn't lumbering around our living rooms. We're gravely concerned the moment Mr. Whiskers starts acting funky, though. That's because he's a part of our everyday environment and, as such, we're emotionally attached to him.

This theory is called environmental amnesia. Basically, it's the belief that we don't consider what's going on outside of our immediate surroundings. We think that whatever is happening around us is normal. It's something that Fountain Digital CEO Svetlana Dragayeva thinks virtual reality can help address by showing people how wondrous our planet's creatures can be in an intimate setting -- their homes.

"This is where technology can really help us shape new types of [emotional] relationships so that we actually become curious about what's going on in the offline world, and become more involved in saving [it]," she said.

Dragayeva believes that by exposing people to wildlife on a regular basis and leveraging VR's ability to put us in foreign situations, her BAFTA-winning Virry VR projects can, in a small way, help change the world. Typically, people's only exposure to wild animals is in a zoo or, for the well-heeled, on a safari. Neither get you close to the animals, however.

Rather than experiencing the horrors of nuclear war or a Syrian air raid in first person, Virry's interactive experiences let you go face-to-face with some of Earth's most vulnerable creatures. The latest episode, "Wild Encounters," was filmed at Lewa Wildlife Conservancy in Kenya. Fountain Digital placed 360-degree cameras around the park to get you close to the animals and put you in unique situations with them, with Dragaeva hoping the work will build an intimate relationship between you, baboons, rhinos and other creatures.

From the app's main menu, you can choose from a handful of prerecorded environments including woodlands, a jungle river and savanna. Make a choice and you're transported there. In the case of the savanna, you look out onto the horizon to pick from a trio of encounters. Gaze to the left and you'll see an elephant icon. Front and center, you'll spot one for lions, and to the right is another for hyenas. Each experience lasts five or six minutes.

Initially, Dragayeva's team thought all it would need to do was drop food in front of its cameras and the animals would be drawn to them and more or less ham it up. Dragayeva and her team spent months in preproduction working on scripts for Virry only to discover that animals don't follow any schedule but their own. "In our scripts, you could see what every animal was supposed to be doing as if they were actors," she said. "On the first day [of shooting], we discovered that animals really don't care what we think."

When you shake the PS4's controller and drop a bundle of acacia branches for the elephants to eat, an adorable juvenile cautiously trudges over to inspect the noise. It gets spooked and awkwardly runs back to its herd. Time shifts forward, and when the mother comes over, though, things are different. She's hungry and starts grabbing the branches off the ground with her trunk.

"On the first day [of shooting], we discovered that animals really don't care what we think."

A soothing female voice with a British accent explains that acacia branches are an elephant's favorite food and that the massive mammals use their tusks as a sort of helping hand while eating. Then she asks you to pick which tusk is used most, hinting that the length of each should be a clue. There isn't a penalty for getting the questions wrong. Instead, the voiceover will nudge you in the right direction. When you finally answer correctly, the disembodied voice explains that the pachyderms may have evolved shorter tusks as a means of being less attractive to poachers. All the while, the gargantuan creature is chowing down, peeing and not even paying attention to the camera.

Predators like lions and hyenas aren't so easy to fool, however, and mostly ignore it when you shake the controller to drop fresh meat. After filming was completed, Dragayeva had to alter the script to reflect what actually happened. Now, the voiceover explains that because the meat wasn't a fresh kill, the big cat ignored it.

On the other hand, one of the baboons was so interested in the camera that it licked it, broke the mount, knocked it to the ground and batted it around. Dragayeva said the animal ran off with it, but that section was cut out to avoid giving people motion sickness. Before exiting the scene, you're quizzed again, this time about the conservation status for olive baboons. The voice-over cheerfully explains that they're very abundant.

Dragayeva said it's important to make people feel happy when they're using Virry because otherwise it wouldn't be nearly as effective. If you sit at the menu too long, a voice-over even cheesily suggests you "think about using Virry as an everyday tool to help relax and achieve a happier life."

"I want you to have fun," Dragayeva said "I want you to laugh, to smile. I want your mood to become better because I think that if your mood is better, you'll want to share your happiness." If you're happier afterward, she suggested, maybe on the way home you'll buy flowers for your significant other, and perhaps they'll pick up a piece of litter off the ground. Admittedly this butterfly-effect conservation is a bit of a stretch. It relies on people being inherently good and the notion that your good deeds can inspire others to do the same.

In addition to the prerecorded vignettes, Virry also offers live-feeds from Lewa as a way to support the Conservancy via an in-app subscription. It's a direct, actionable item that, like the interactivity of Virry itself, helps the app stand apart from traditional nature documentaries. For $2 each month (there's a free trial as well) you'll get access to live cameras at the nonprofit. There are a lot of empty fields, but if you're patient enough, you might spot a zebra or giraffe.

Dragaveya has big plans for Virry. There's another safari installment in the works, and she's also planning two art-focused apps, including one for meditation. A version of Virry is also available for mobile devices, and the company has a close relationship with Oculus, which is helping fund development of the additional projects.

"Just because I watched a documentary on children dying in Africa, children will not stop dying."

Dragayeva knows that even with Facebook's money, her projects aren't going to have the same impact as tougher laws against poachers or deforestation. At the end of the day, she's making documentaries, not saving the northern white rhino from extinction.

"Just because I watched a documentary on children dying in Africa, children will not stop dying," Dragayeva said. She realizes art can only do so much to make an impact and that her dreams of changing the world via VR are lofty. However, she won't stop trying.

In this article: av, conservation, fountaindigitalsvetlanadragayeva, gear, green, lewawildlifeconservancy, oculus, oculusrift, playstationvr, psvr, virryvr, virtualreality, vr, zoo
All products recommended by Engadget are selected by our editorial team, independent of our parent company. Some of our stories include affiliate links. If you buy something through one of these links, we may earn an affiliate commission.