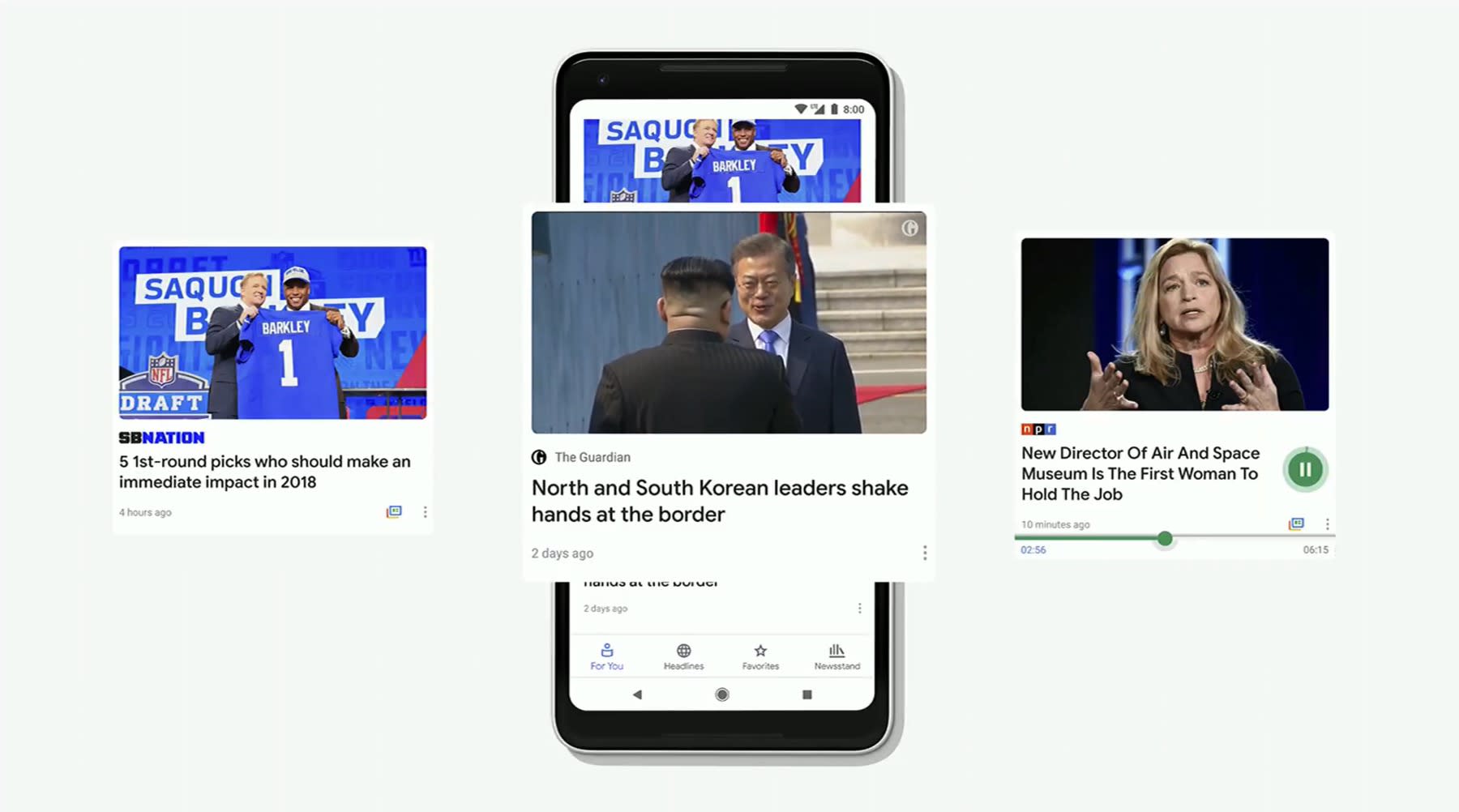 Google confirmed earlier rumors surrounding its News app at the I/O developers conference on Tuesday, showing off a completely reimagined product designed to handle the rigors of our modern news cycle.

The company is heavily leveraging its existing AI and machine learning technologies to analyze news articles in real time and organize them into storylines. The AI reportedly "understands the people, places and things involved in a story as it evolves, and connects how they relate to one another," according to a release. How the system will weed out disreputable or falsified sources remains to be seen.

Using this automated vetting system, the new Google News app will offer users a personalized stream of content that is most personally important to them. It's called the "For You" section, and it starts with the day's top five curated headlines, followed by a feed of subjects that you've previously expressed interest in. The system will automatically update your preferences as you use it, though you will also be able to manually dictate whether you want to be shown more or less of specific subjects or news outlets.

The News app will also offer deeper dives into various subjects in its "Full Coverage" section. Rather than show you a smattering of subjects like For You does, Full Coverage pulls reporting from a variety of sources all on a single subject. Interestingly, users won't be able to customize which sources those are -- Google will display the same information from the same sources to everybody.

If you want to use the app more like a traditional online newsstand, that's an option as well. In fact, Google lifted a couple of features from its existing Newsstand app for the News app revamp. You'll be able to easily subscribe to and read stories from the industry's most reputable news outlets, like the Wall Street Journal, the New York Times or the Washington Post.

The new News app will be available in the Play store starting today and will roll out to users in 127 countries by the end of next week.

In this article: AI, apps, gear, google, GoogleIO2018, googlenews, internet, MachineLearning, News
All products recommended by Engadget are selected by our editorial team, independent of our parent company. Some of our stories include affiliate links. If you buy something through one of these links, we may earn an affiliate commission.