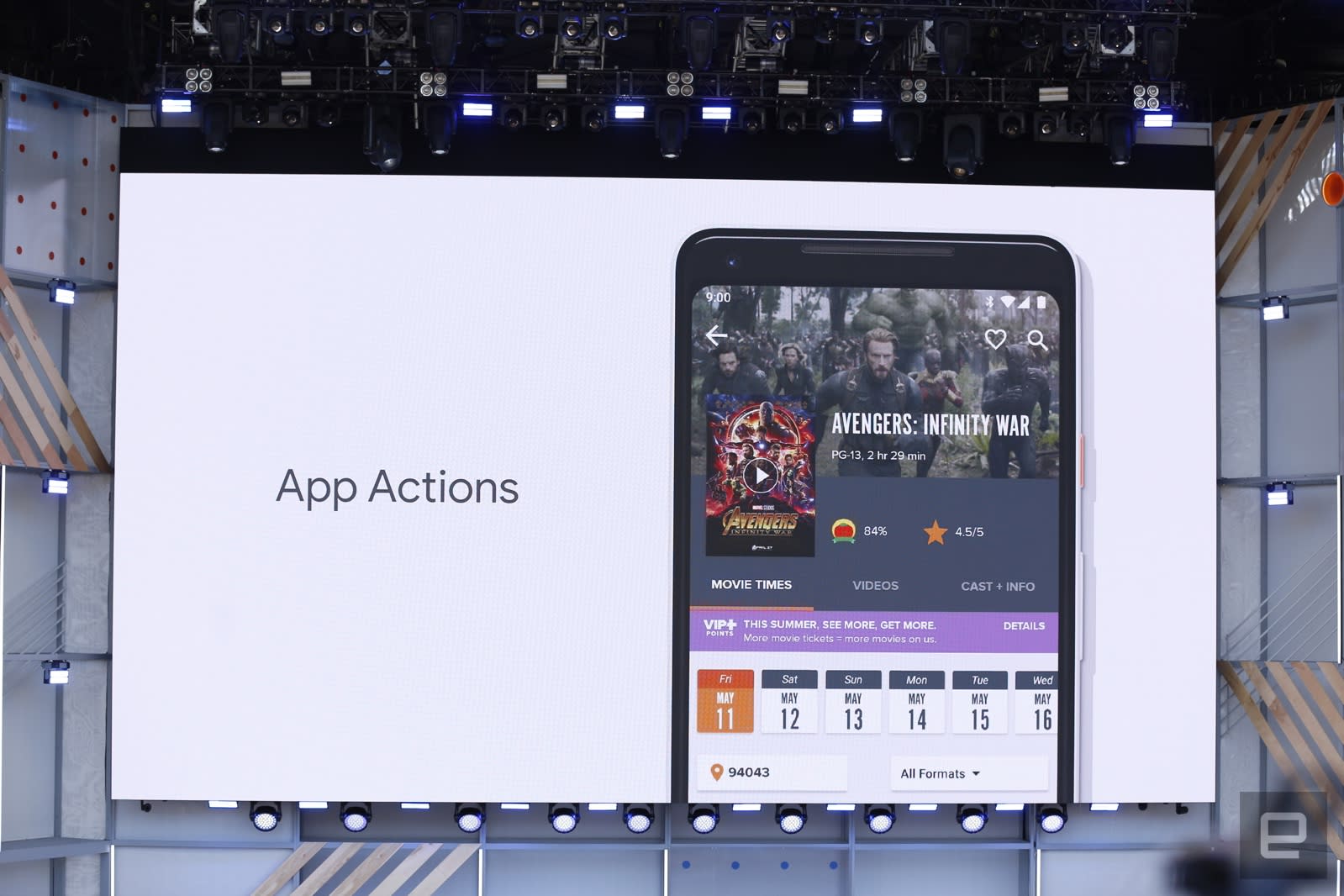 The next version of Android (still simply known as "P") will introduce a new predictive app system called Actions and Slices. They go beyond predictive apps -- which merely suggest the software you would like to use next -- with specific features and information you want to access. Onstage at Google I/O, the company showed what Actions might look like in your app drawer: Underneath the first row, the presenter had a call button for Fiona and a "start workout" shortcut for Strava. Google says Actions will be based on your history and usage patterns -- what time you typically go for a run, for instance, or when you usually start reading the news on the train.

Actions will also be aware of the accessories you have attached. Plug in a pair of headphones, for example, and Google will switch its suggestions to a few of your favorite Spotify playlists. Google says Actions will appear in the Google Assistant, Google Search, the Play Store and smart text selections too. That means app shortcuts will appear all across the operating system in, hopefully, smart and genuinely helpful ways. If you search for Black Panther or Avengers: Infinity War, you might see a shortcut to the YouTube trailer and, if you have the app installed, the Fandango app. Actions can also live in a slightly larger UI element, called a Slice. These "interactive snippets" will, at first, be available only through Google Search, however. Type "Lyft," for instance, and you will see not only the Lyft icon but shortcuts for hailing a ride to your home and office. In this scenario, the Slice includes the distance, price and estimated time of arrival for each destination -- select your choice and the entire action is completed automatically. App developers will need to implement a new Slices API to offer this deep-link functionality. The templates are apparently quite versatile, so a Slice could help you order a coffee or reserve a hotel room.

In this article: android, androidP, design, gear, google, googleio2018, mobile
All products recommended by Engadget are selected by our editorial team, independent of our parent company. Some of our stories include affiliate links. If you buy something through one of these links, we may earn an affiliate commission.