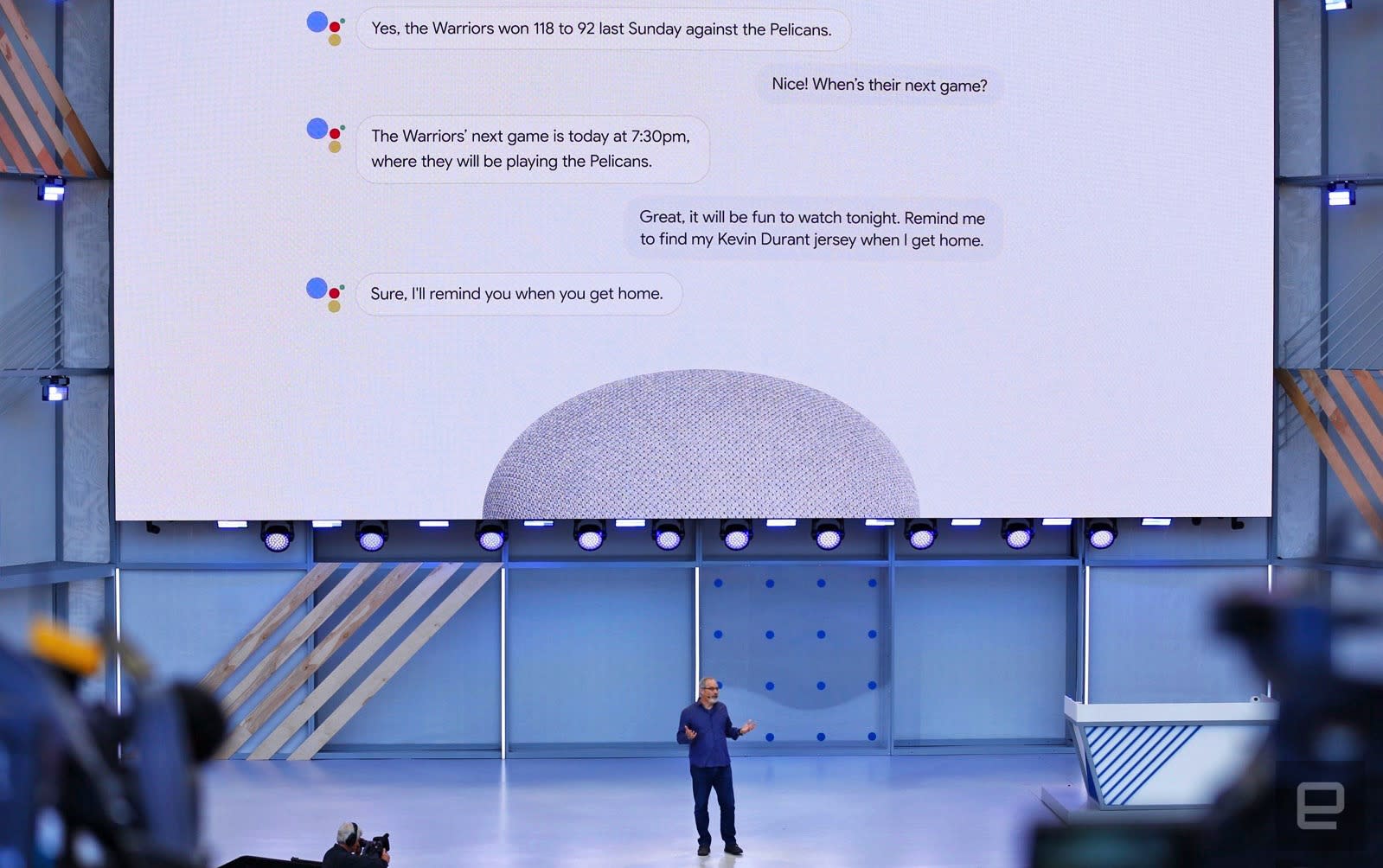 The Google Assistant has been the star of the past few I/O developer conferences, so we're not surprised to see new features being announced today. One of the biggest is "continued conversation" -- which means, essentially, that you won't need to say "Hey Google" every single time you want to ask the Assistant a question. In a demo, Google showed someone asking what the score of the last Golden State Warriors game was. From there, he was able to follow up and ask "When are they playing next?" without having to say "Hey Google" again to activate it.

In the same vein, Google also talked about "multiple actions," which lets you ask more than one question or do more than one thing at once. For example, you could say, "Tell me the weather in New York City and San Francisco" or "Turn off my lights and turn on the popcorn maker."

Google also announced an update for Routines (which I tried out recently). My biggest complaint was that you couldn't build your own Routines; you were stuck with six pre-set options that you could customize. But now you can build a Routine from scratch, so you can basically throw any Google Assistant action into your new Routine. And later this year, Google will let you time up Routines as well.

The Assistant can now order food as well. Partners include Panera, Domino's, Starbucks, Dunkin' Donuts and a handful of others. Obviously, not all of these places will deliver, but if you're used to ordering your Starbucks in advance on your phone, you can now just do it with the Google Assistant.

Finally, Google is adding a new "pretty please" feature that teaches kids not to just order their Assistant around. If you say "please," it'll reinforce the behavior by saying things like "Thanks for being polite!" Amazon introduced something like this a few weeks ago for Alexa, and it's good to see Google doing the same here. All of these features will be rolling out to the Google Assistant in the coming weeks.

In this article: gear, google, googleassistant, GoogleIO2018, internet, personal computing, personalcomputing
All products recommended by Engadget are selected by our editorial team, independent of our parent company. Some of our stories include affiliate links. If you buy something through one of these links, we may earn an affiliate commission.