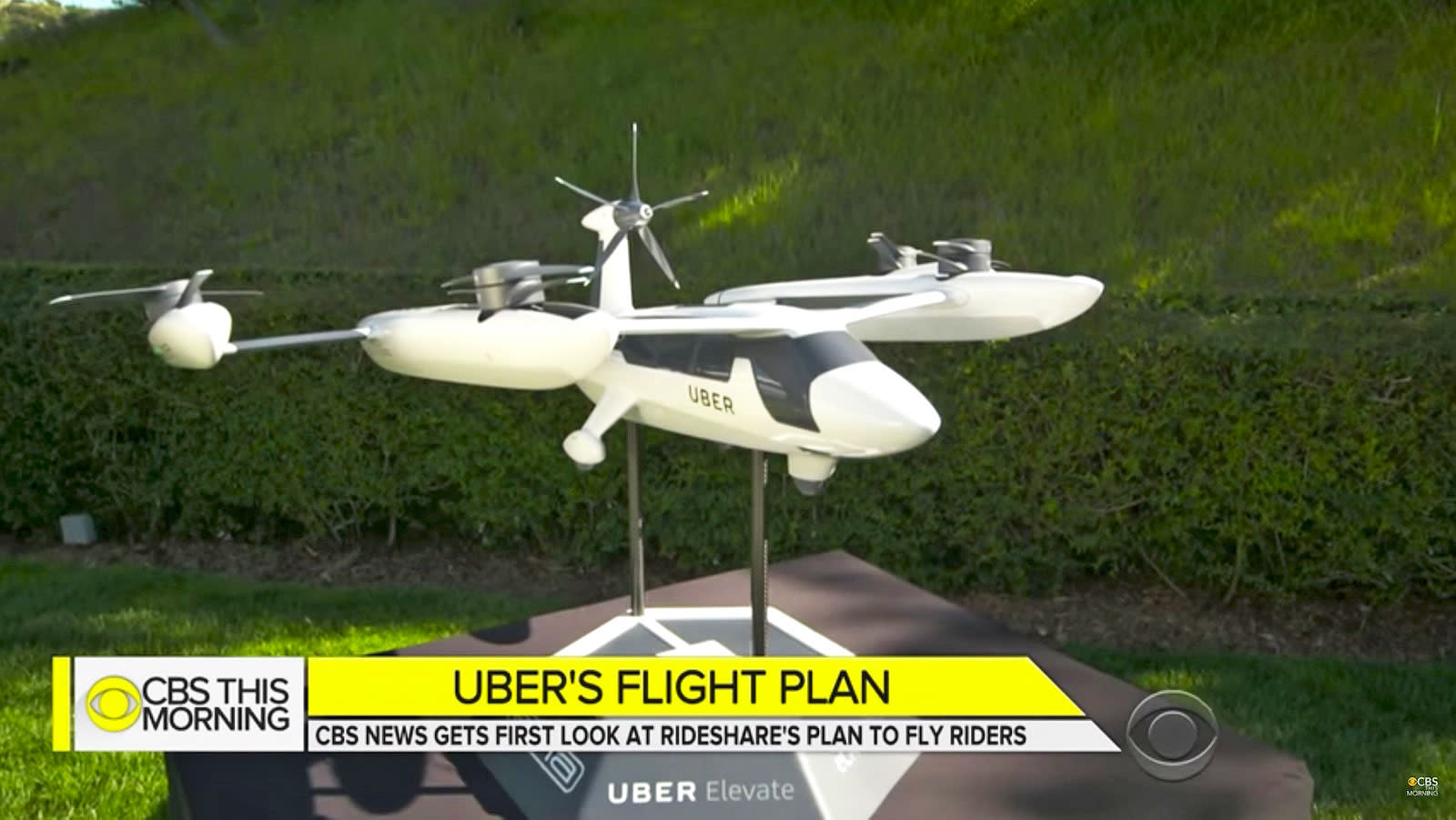 Today, Uber gave CBS News a first look at design models for its new air taxi, which it hopes to fly by 2020. They will be on display at the Uber Elevate Summit this Tuesday in Los Angeles. You can see the model in the video below at a timestamp of approximately 1:02.

Your ride in the sky could be arriving as soon as 2020—see what it'll be like to rise above it all with UberAIR.

The design looks a bit like a drone, with multiple propellors and stacked rotors to allow for vertical takeoff and landing. The body of this air taxi is reminiscent of the fuselage of a plane, rather than a helicopter. The aircraft will run on electricity, rather than fuel, so it will be quieter, more efficient and less expensive than a traditional helicopter.

In the vision of Uber CEO Dara Khosrowshahi, people will use the Uber app to call an air taxi, and then go to the nearest rooftop sky port for pickup. There will also be a ridesharing mechanism in place: Up to four riders will fit into each air taxi, which will help cut costs even further. "We want to create the network around those vehicles so that regular people can take these taxis in the air for longer distances when they want to avoid traffic at affordable prices," Khosrowshahi told CBS News.

It's understandable that Uber would want to focus on something new and innovative, like an air taxi, as they try and put all the drama of their Kalanick years behind them. However, their woes aren't quite over: An Uber auto-driving car struck and killed a pedestrian in Tempe, Arizona in March. That investigation is still ongoing.