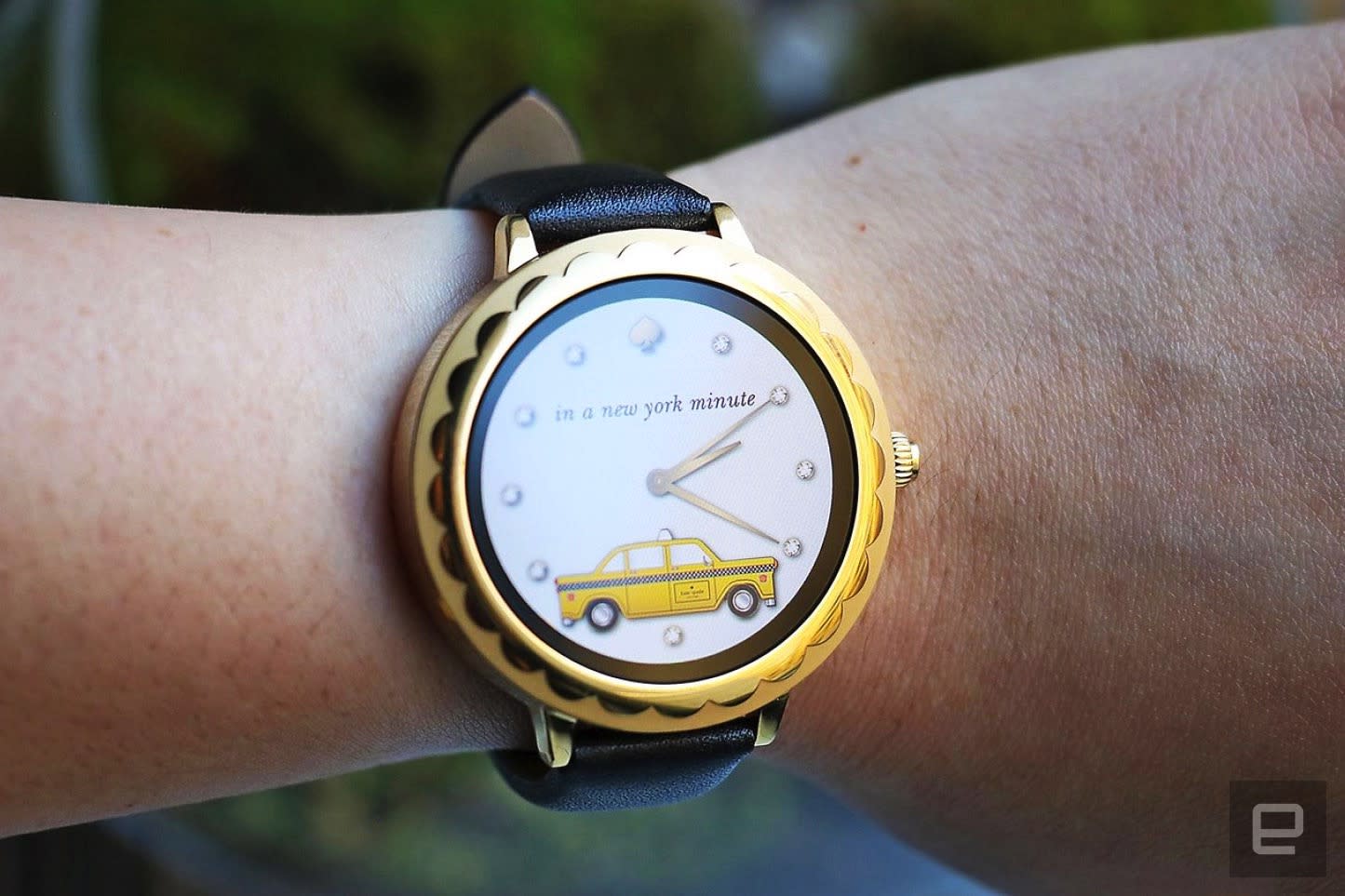 It's been two years since Qualcomm released its latest smartwatch chip, so the company can't blame people for thinking that it already abandoned the market. Apparently, though, that's not the case: Qualcomm's senior director of wearables, Pankaj Kedia, told Wareable that the company is launching a new smartwatch system on a chip (SoC) this fall. Come holiday season, several manufacturers will already have Wear OS smartwatches wielding the power of the new chip available for sale.

Kedia said that unlike Qualcomm's old chip that's merely a modified phone SoC, the upcoming one was built "from the ground up." He said the platform "will be the first with purpose-built chips" and will have several variations -- manufacturers can choose from the selection, depending on how they want people to use their watches. You can expect all the variants to have WiFi and Bluetooth, but some will also have GPS and LTE.

The company has apparently been working on the platform with Google ever since it released its old SoC a couple of years ago, designing it based on what people liked and didn't like about smartwatches. Kedia said the platform will make it possible for smartwatches to look good even if you're not interacting with it, which could make devices by fashion brands like Michael Kors or Kate Spade (above) more appealing.

Since making a smartwatch face look pretty all the time will drain more battery, the new SoC was also designed to extend a device's battery. A longer battery life also means fitness devices' heart sensors, motion trackers and other features will be able to last longer. In addition, the exec said that the new platform could lead to smaller watches. Unfortunately, Kedia didn't get more specific than that. You'll just have to wait for Qualcomm's official announcement if you're wondering how much battery life it can add to devices and by how much it can shrink smartwatches.

In this article: androidwear, chip, gear, google, qualcomm, wearables, wearos
All products recommended by Engadget are selected by our editorial team, independent of our parent company. Some of our stories include affiliate links. If you buy something through one of these links, we may earn an affiliate commission.