Cruising a German parking lot with no one behind the wheel

Automakers are trying to figure out where they fit in the autonomous-driving future. With sales falling, some of these companies are exploring the idea of becoming ride-hailing services too. BMW is one of them and during the opening of its autonomous Driving Campus in Germany, it offered rides in an autonomous 7 Series that gave us a glimpse of its plans.

The ride itself was short. Almost comically short. A quick circle on a closed course peppered with stationary BMWs in a parking lot -- but it was autonomous. No remote controls, no rigidly set path that the car follows to the millimeter. According to BMW, each revolution around the track the car determines where to go on its own.

During my (short) ride though, the presentation was less about the car's autonomous navigation and more about the passengers. In the back seat, everyone had their own tablet. Sort of like the screen you see in a lot of taxis but about 500-percent less annoying and it actually did something.

The passenger wouldn't completely give up control of the vehicle to the robot driving the car. The patrons could stop and start the BMW at any time with the push of a button. The ability to stop and start an autonomous vehicle makes sense for a variety of reasons, but mostly it gives the riders a bit of control over a situation. When folks first get into autonomous cars it'll be unnerving any sense of control will be welcome. 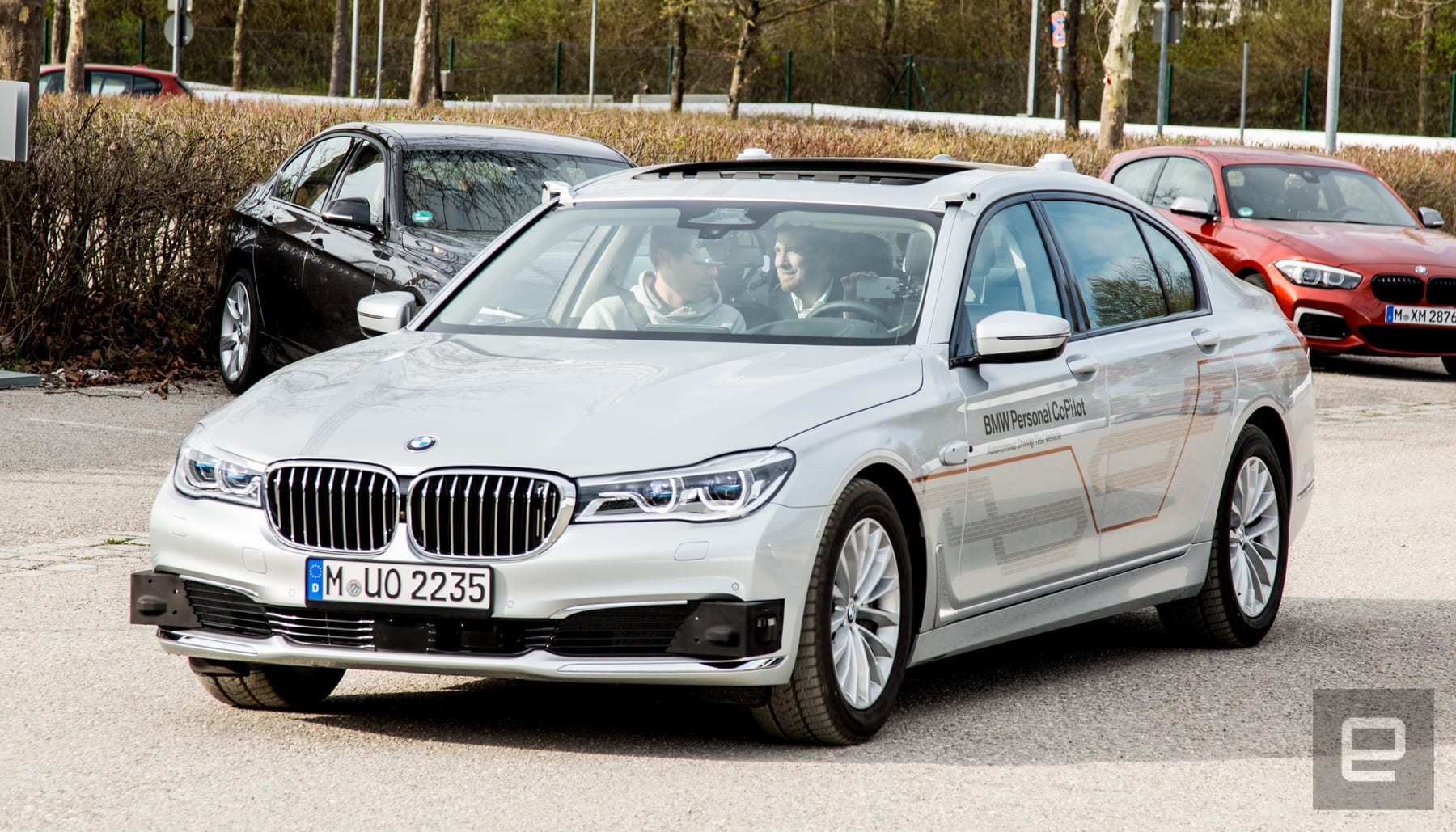 There was also a horn button. Sure, you could use it hassle people and yell out the window, "a robot is driving the car!" but it's best suited for helping to clear the road. If a self-driving car detects, say, a dog in the road and there's no way around the pooch, it might be up to the passengers to coax the canine out of the street with a few blasts of the horn so the vehicle can continue on its journey.

My journey ended only minutes after it begun. But it did show that the automaker is thinking about the passengers as well as the technology needed to launch a successful autonomous taxi system. BMW has the car-building and app creation experience already under its belt. It's ReachNow car-sharing service and companion application have been around for years and of course, it's been building cars for about 90 years. With the opening of its Autonomous Driving Campus, it's working on the technology.

The ride may have been short, but it's insight into a very long journey BMW needs to take in order to make sure in the future, we're honking horns at cats in the road from the backseat of a car made in Munich.

Correction: An earlier version of this article noted that BMW's car-sharing service is Car2Go. That service is a subsidiary of Daimler AG.