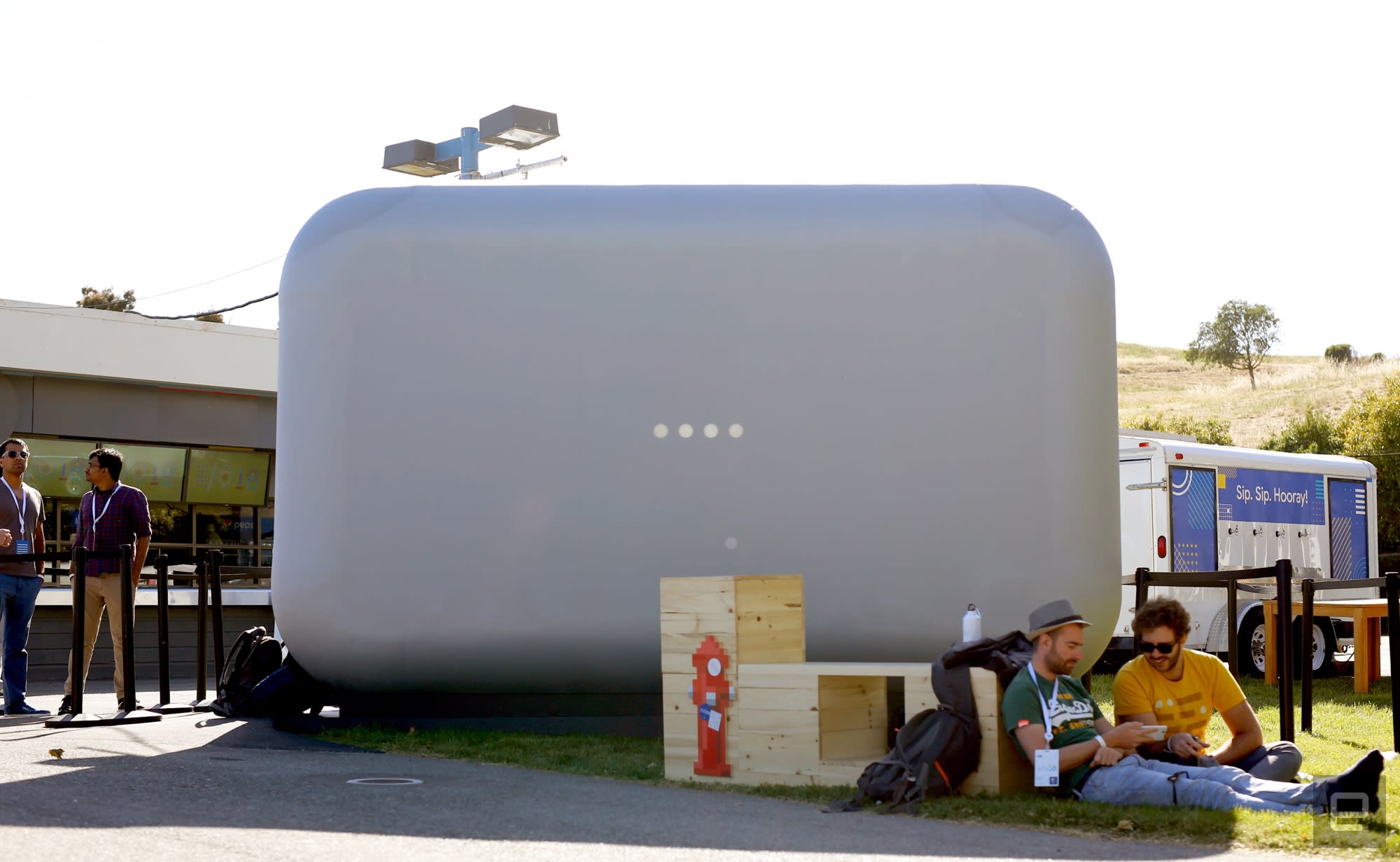 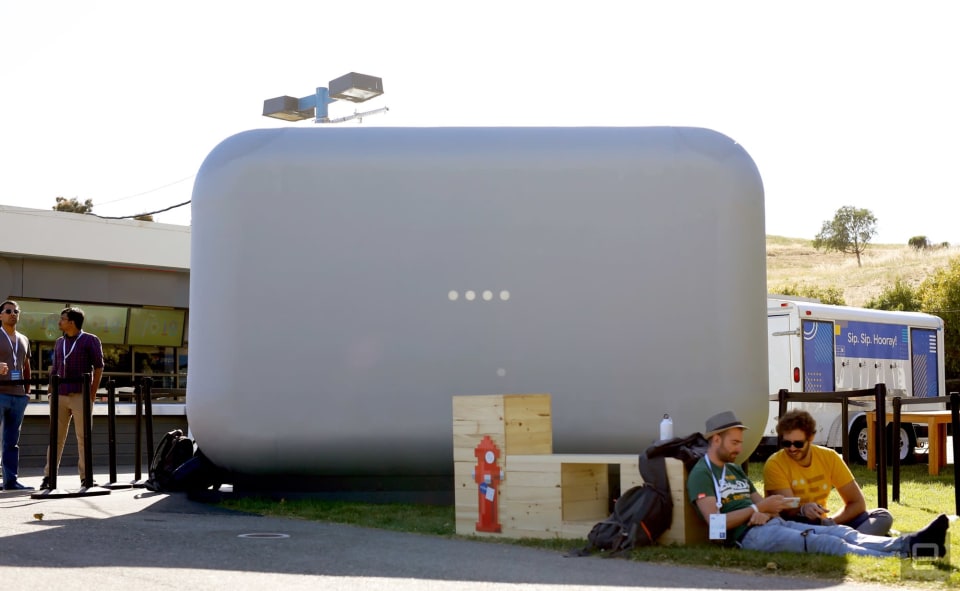 We're in the final stretch here at Google I/O 2018, and I don't know about everyone else here, but I could really use some proper alone time. Too bad that's impossible to find here. Strangely enough, the closest I've been able to find is the inside of a massive Google Home Max with three other people.

To be clear, the Max doesn't play any music itself — if it did, it would probably sonically disintegrate any poor sucker who wandered inside. Instead, Google kitted out the inside with a painfully normal Google Home Max and an elaborate lighting setup that responds differently to songs you ask Google to play. Kendrick Lamar's "All The Stars" caused a riot of colors to ripple across the interior walls, while Queen's "Don't Stop Me Now" yielded a surprisingly low-key light show. The last choice (which I had nothing to do with) gave our crew the best show of all, set to the tune of "Despacito." At last, a way to derive enjoyment from Luis Fonsi's 2017 summer jam.

This is obviously a ploy to get people in front of a very, very loud smart speaker, and we're hearing that Google may take this thing on a road trip of sorts around the US to get people pumped at special events. Coachella, maybe? The Home Max made an appearance backstage there this year and Google I/O is basically the Coachella of developer conferences anyway. Maybe. I'm losing it here -- all I really know is that I'd like to move into this place, fall asleep and wake up in time for the next big things.

In this article: av, gear, google, googlehome, googlehomemax, googleio2018
All products recommended by Engadget are selected by our editorial team, independent of our parent company. Some of our stories include affiliate links. If you buy something through one of these links, we may earn an affiliate commission.