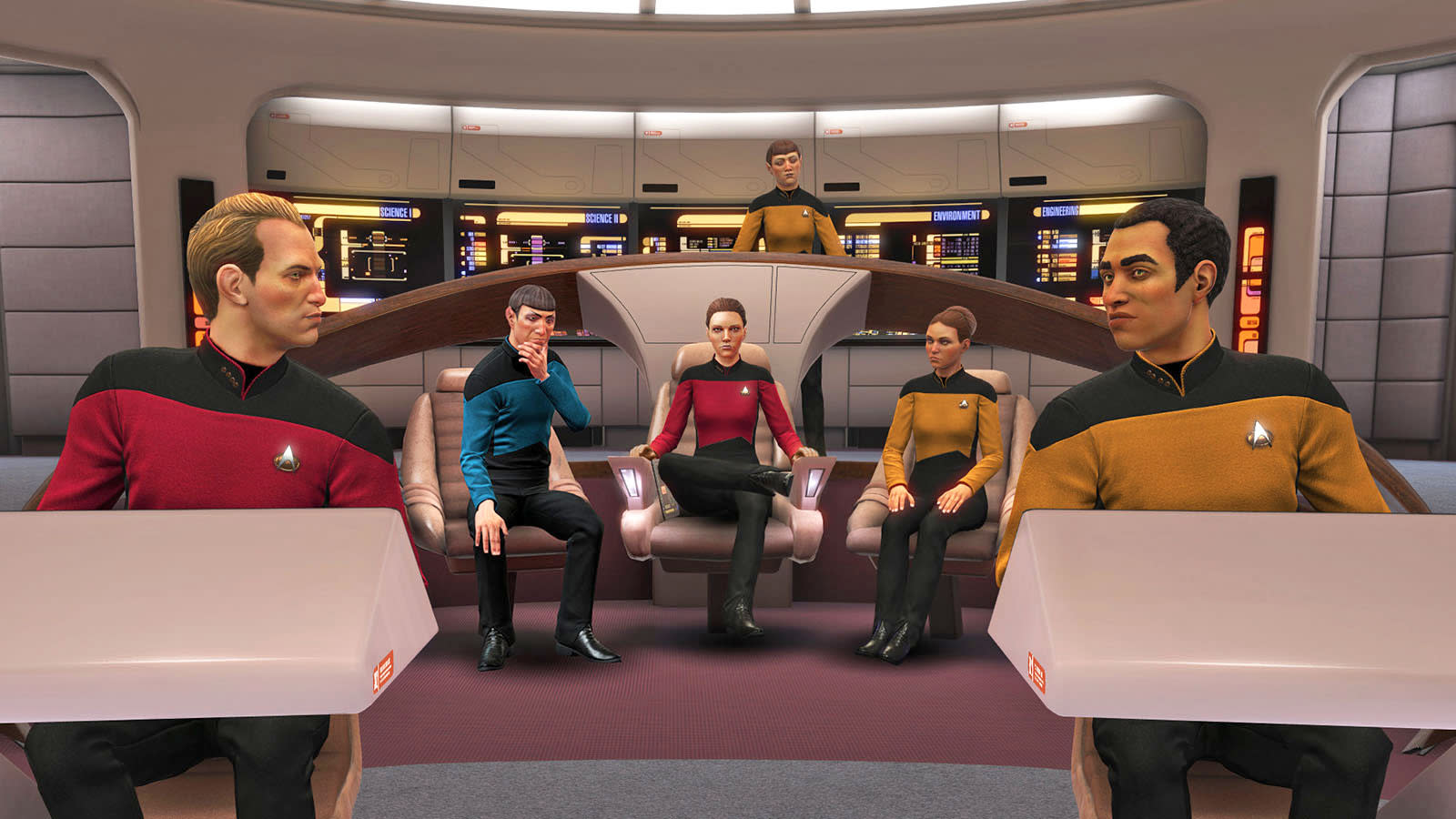 Star Trek: Bridge Crew brought VR space exploration to fans, but the game's ship, the USS Aegis, might not line up with your Next Generation fantasies. Ubisoft is righting that wrong with a DLC expansion pack that will let you ply the galaxy in Captain Picard's ship, the USS Enterprise NCC-1701-D. It includes not just the vessel, but the TNG-era uniforms, Romulans, the Borg and their Cube ship, Data-like androids and new shield modulation and phaser mechanics.

You also get the LCARS screens and panels, famous for supposedly inspiring the look of Apple's iPhone and iPad. Designer Hunter James said gameplay and strategy has been "rebalanced" to accommodate the ship's new capabilities, and they added a new role called operations that replaces engineering and "focuses on crew management and maximizing ship buffs."

You can warp around to different solar systems, gathering Borg-fighting prototypes, but the ultimate challenge is to face a Borg Cube that has been "assimilating and slaughtering everything in its path," said James. He promises large, but not insurmountable challenges. "The Borg Cube is big and scary, being chased by them is fun, and a great crew can beat them if they work together and think outside of the box."

The DLC arrives on May 22nd to PlayStation VR, and to the HTC Vive, Oculus Rift, Windows Mixed Reality and regular PCs on July 21st.

In this article: av, DLC, EnterpriseD, gaming, Picard, PlayStationVR, startrekbridgecrew, StarTrekTheNextGeneration, wearables
All products recommended by Engadget are selected by our editorial team, independent of our parent company. Some of our stories include affiliate links. If you buy something through one of these links, we may earn an affiliate commission.