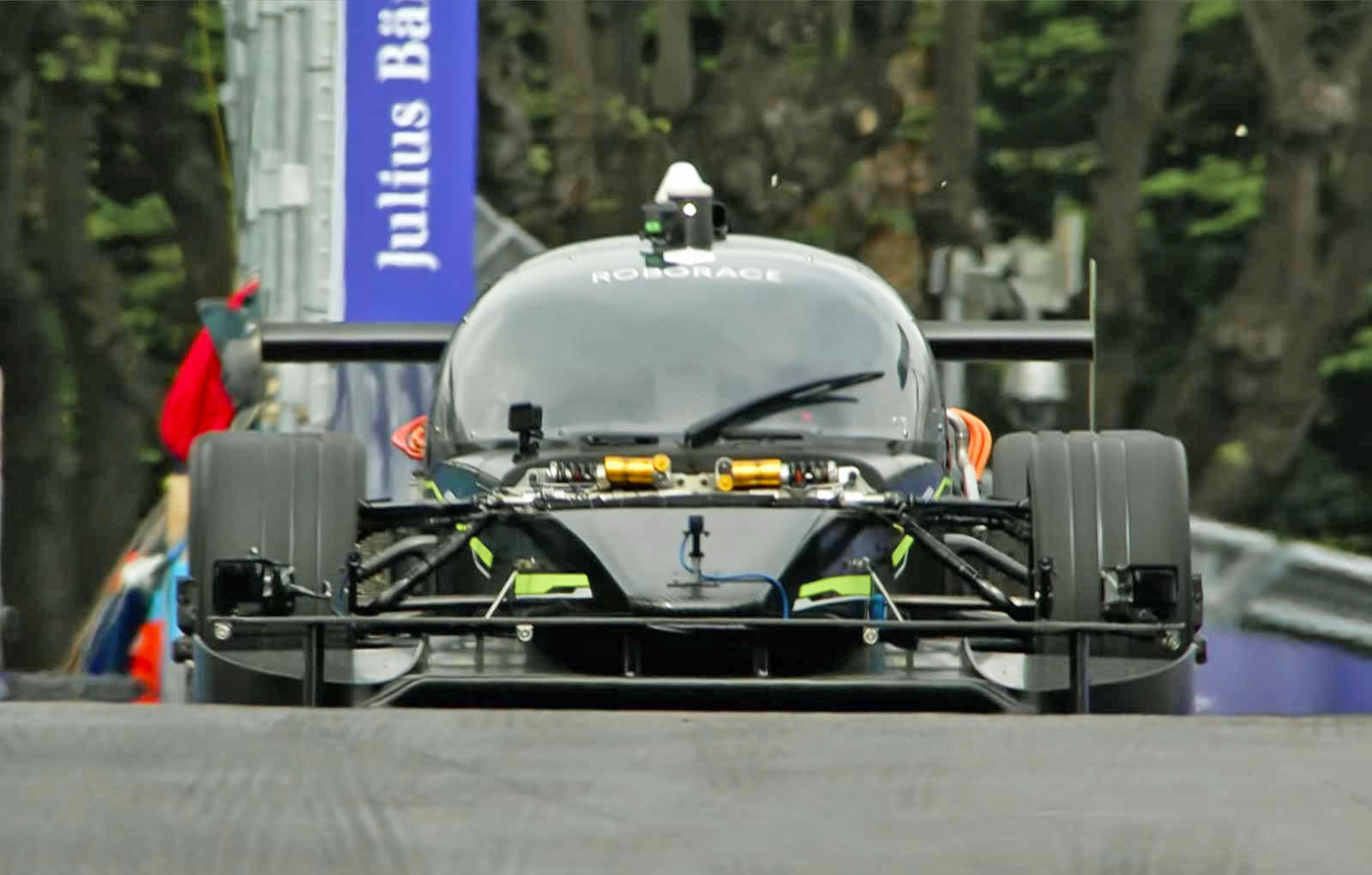 Ever since Roborace unveiled plans for driverless track cars, there's been a lingering question: can its technology outpace a human? The answer is a solid "no..." for now. The company used the recent Formula E race in Rome to pit its DevBot prototype car against pro drifter Ryan Tuerck, and the fleshy driver was clearly the frontrunner with a roughly 26-second lead -- you can see him claiming victory in the video below. That's still in the ballpark of what you'd expect from humans, but they wouldn't be lining up sponsorships after that kind of performance.

You might not want to be too confident about humanity's motorsport prowess. Roborace asserted at the event that its combination of computer vision and LiDAR could outperform a human by the end of 2018. Not that you might necessarily mind. The company's goal is to advance autonomous driving through motorsport, and any victory on the track might translate to improvements on the road.

In this article: autonomous, devbot, electriccar, electricvehicle, ev, gear, motorsport, racecar, racing, roborace, self-driving, self-drivingcar, sports, transportation, video
All products recommended by Engadget are selected by our editorial team, independent of our parent company. Some of our stories include affiliate links. If you buy something through one of these links, we may earn an affiliate commission.