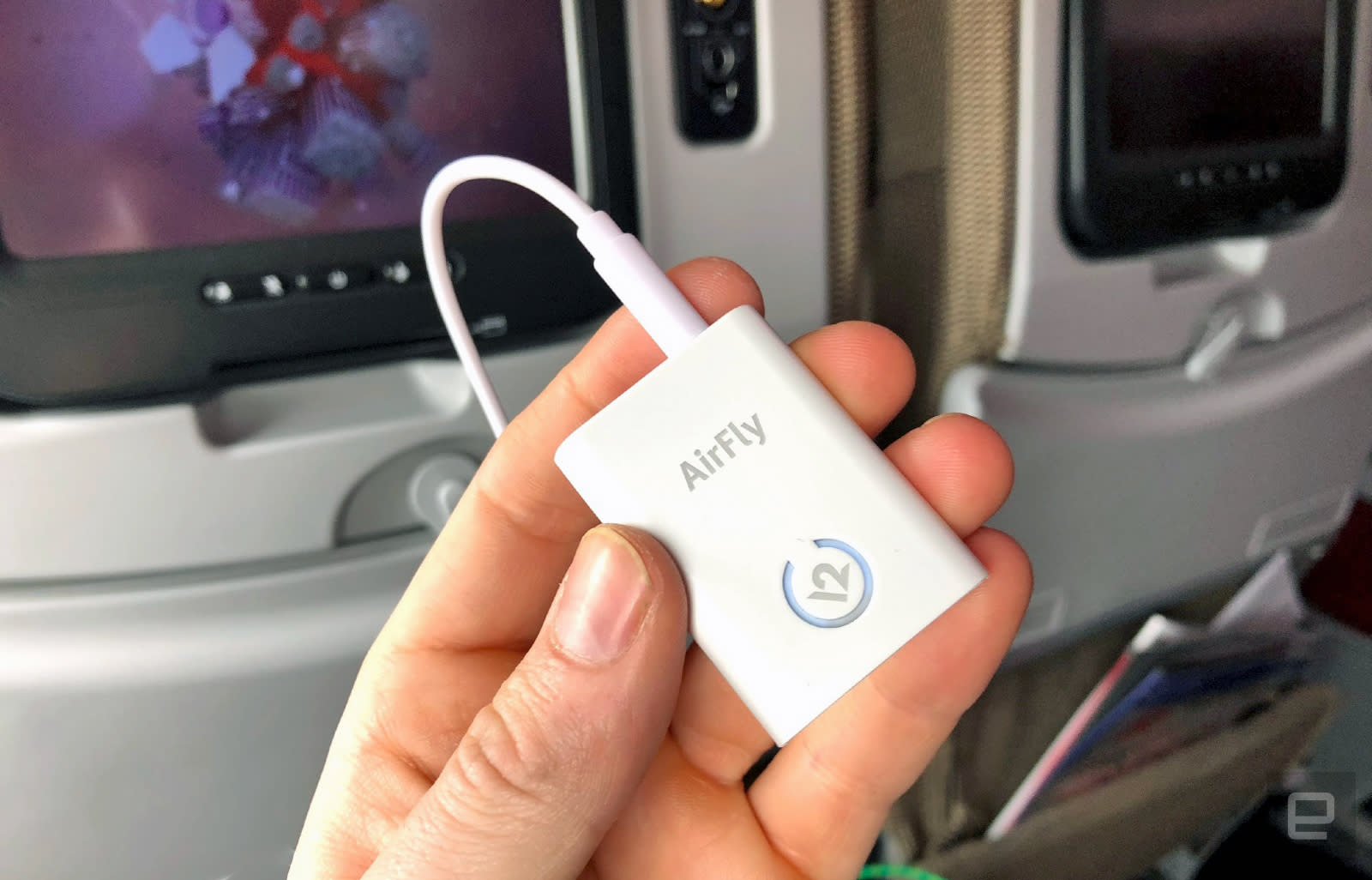 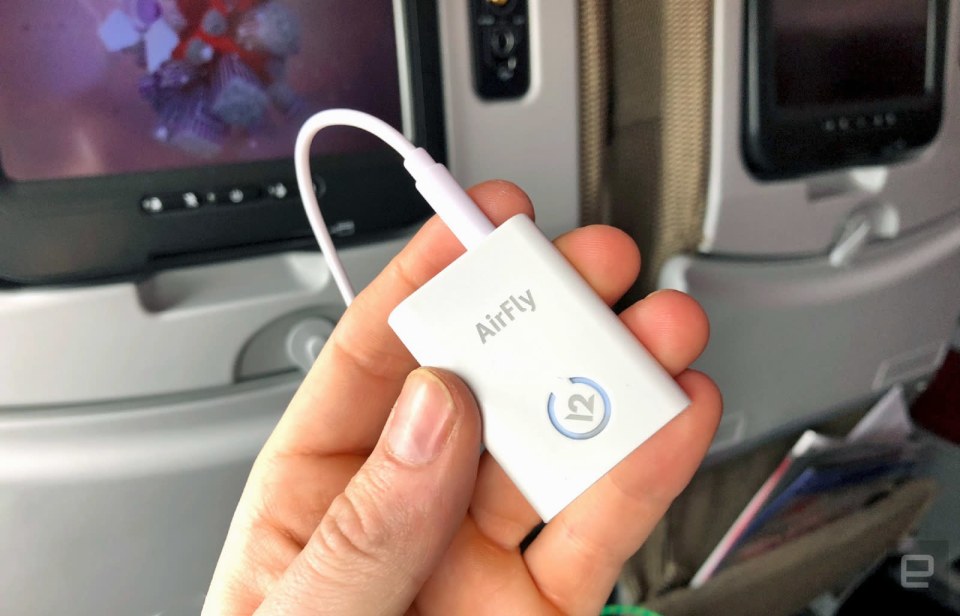 Apple's AirPods are apparently a hit, but they're not perfect. One of the major drawbacks of iPhone's wireless headphones is the fact that they're, well, wireless, and aren't compatible with anything lacking Bluetooth. Twelve South, which has a reputation for making attractive, smart Apple peripherals, thinks it's solved the issue with AirFly, which is priced at $40 (£40 in the UK and €45 in Europe).

The dongle (more dongles, yes I know) ensures that your AirPods are now compatible with pretty much anything with a 3.5mm headphone jack. As you might expect, given its name, the AirFly was made for in-flight entertainment.

While it's not the first company to offer a hardware solution (there are non-branded Bluetooth-broadcasting gadgets around Amazon and the rest), Twelve South's offering is sleeker: The AirFly is slimmer than your the AirPod charging case, but a little longer. It's charged through a micro-USB port, and connects your AirPods (or any other other wireless headphones or earbuds) to anything with a 3.5mm audio jack. The company adds that it'll last for about eight hours of audio playback -- which is longer than Apple's wireless earbuds last anyhow.

Ahead the launch, I got to test the AirFly on an eight-hour flight from London to New York, where the Apple buds worked just as well as if I was watching something on my phone. Wireless headphones make sense on a plane in a lot of ways: I've almost choked myself in the past getting standard headphone wires wrapped around armrests or tied up in my seat belt — something that isn't a problem with AirPods. That said, because Apple's wireless offerings let in ambient sound, the din of the airplane (or talkative passengers) doesn't get cut out. Noise-cancelling wireless buds exist, I just didn't have a pair to take along with me.

The dongle, while still not the most elegant solution, ensures your favorite Bluetooth headphones can work with older tech lacking wireless connectivity and, beyond the tiny screens found on planes, your local gym's treadmill and other cardio machines are also a smart option for an AirFly upgrade, allowing you to tap into those rows of muted TVs without a wire tugging at you during your work-out. The device is lightweight enough to hang from the tensile strength of the headphone cable without much fear over it breaking.

Another smart use-case is pairing the AirFly with Nintendo's Switch. The portable console lacks support for Bluetooth audio. While there are workarounds if you're using the dock, playing it standalone has meant wired headphones until now. The AirPods worked great -- finally, a wireless audio solution! -- even if there's no microphone input. The biggest challenge might be remembering how to tether AirPods to something other than your iPhone. Fortunately, Twelve South provides a simple manual to ensure you're linking your headphones properly. There's something else worth noting: You'll have to re-sync AirPods to your phone once you're done using them with the AirFly, but that at least gave me something to do while I waited for my baggage.

In this article: apple, av, entertainment, gadgetry, gadgets, gaming, gear
All products recommended by Engadget are selected by our editorial team, independent of our parent company. Some of our stories include affiliate links. If you buy something through one of these links, we may earn an affiliate commission.